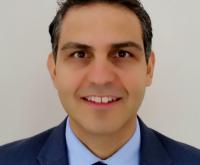 Jonathan previously served with the United NationsExternal Link, including working with the UN’s post-conflict and post-tsunami recovery efforts in Indonesia after the 2004 tsunami and earthquake disasters. From 2004 – 2006, he served as advisor to the UN deputy special representative to the secretary-general on peacekeeping and humanitarian affairs in Liberia, and before that, he was the senior UN OCHAExternal Link representative in Turkey, preparing for the Iraq humanitarian response.

Prior to these postings, Jonathan served at UN headquarters in New York, focusing on several policy issues, including conflict prevention, civilian protection, private sector partnerships, transitional planning and early warning systems. He has the Master’s Degree in International Relations from the University of CambridgeExternal Link.

03/07/2016: Devex: Syria and the challenge of transformational resilience

02/12/2013: Yale Journal: Fragile states and post-2015 development: The need for resilience architecture in the face of MDG failure