Lessons in Leadership from Edgar Sandoval 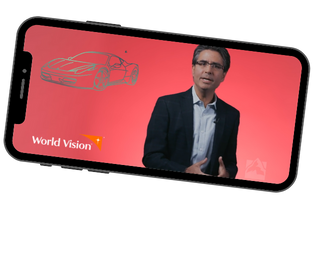 Fill out this brief form to get to this video for church leaders like you today!

Need some encouragement in your leadership?

In this video, you’ll hear how Edgar has overcome challenges and keeps his team excited about innovation.

Born in Los Angeles, Sandoval grew up in Central and South America, where he first witnessed poverty. His own experience with hardship came at age 18, when he returned alone to the U.S. with only $50 in his pocket. He worked minimum-wage jobs while studying English as a second language, later earning bachelor’s degrees in industrial engineering and sociology from Rutgers University and an MBA from the Wharton School of Business at the University of Pennsylvania.

Edgar was recruited by General Electric and later by Procter & Gamble, where over a 20-year career he made significant contributions to the corporation’s growth and reputation. As P&G’s senior vice president and general manager of global feminine care, he directed the creation and launch of the internationally acclaimed #LikeAGirl campaign.

After coming to World Vision in 2018, he continued his spirt of innovation by launching Chosen®, flipping the script with a new invitation to child sponsorship. 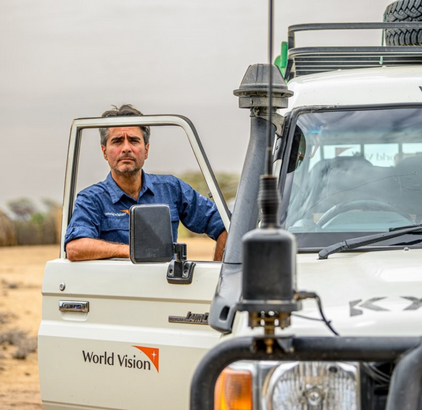 As World Vision president and CEO since 2018, Edgar has placed a strong emphasis on World Vision’s Christian identity and the transformational journey of staff, donors, and beneficiaries.

Edgar cherishes faith and family above all. He has been married 29 years to Leiza, a former teacher who was born and raised in Puerto Rico and graduated from Xavier University. Edgar and Leiza live near Seattle, Washington, and they have four children, including two daughters with special needs. Edgar’s understanding of the unlimited potential of every child, instilled in him while raising his daughters, is an asset to World Vision’s mission to reach and empower the world’s most vulnerable children.

6% Fundraising + 4% Management
In 2021, 90% of World Vision’s total operating expenses were used for programs that benefit children, families, and communities in need. Learn more about our Financial Accountability.
© 2022 World Vision, Inc. All rights reserved.

In 2021, 90% of World Vision’s total operating expenses were used for programs that benefit children, families, and communities in need. Learn more about our Financial Accountability.
© 2022 World Vision, Inc. All rights reserved.