"Whether it’s kids in Bangladesh, Uganda, or Honduras, I see a lot of me in them. Though their situation is much harder than mine was, I see their potential. I see their smarts. And I feel a tremendous responsibility to empower them with opportunities."

On Social News and media links

Edgar Sandoval Sr. is the current President and CEO of World Vision U.S. Born in Los Angeles, Sandoval grew up in Central and South America, where he first witnessed poverty. His own experience with hardship came at age 18, when he returned alone to the U.S. with only $50 in his pocket.

He worked minimum-wage jobs while studying English as a second language, later earning bachelor’s degrees in industrial engineering and sociology from Rutgers University and an MBA from the Wharton School of Business at the University of Pennsylvania.

Edgar was recruited by General Electric and later by Procter & Gamble, where over a 20-year career he made significant contributions to the corporation’s growth and reputation. As P&G’s senior vice president and general manager of global feminine care, he directed the creation and launch of the internationally acclaimed #LikeAGirl campaign. The spot quickly became a viral sensation, airing during the 2015 Super Bowl, garnering more than 90 million views, winning multiple awards, and changing the perception of the phrase forever. Before the campaign, only 19% of people thought that doing something “like a girl” was a compliment. A year later, that had increased to 76%. 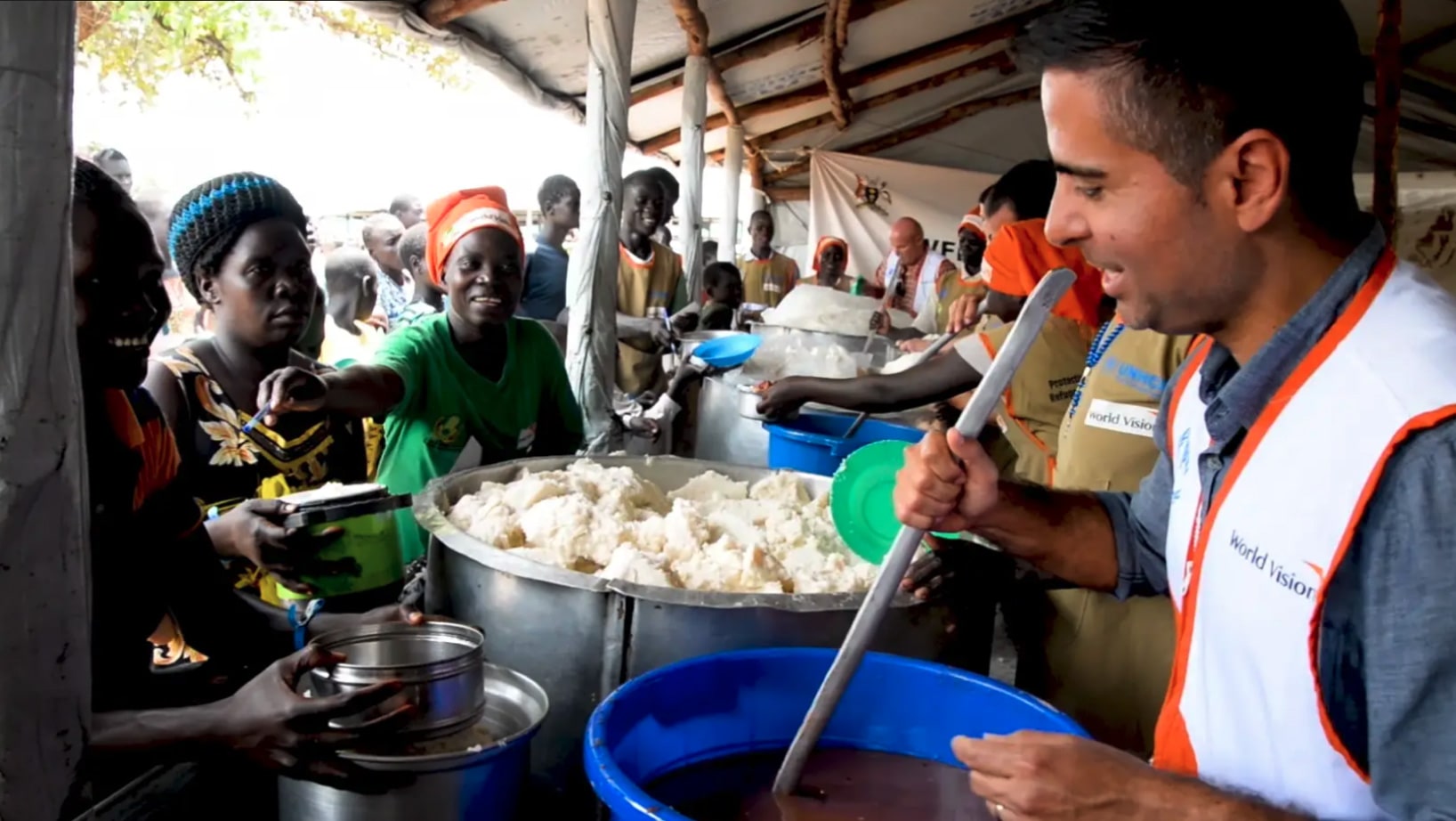 Edgar shares his inspiring life story of learning to surrender to God’s call on his life.

Edgar came to World Vision in 2015, in response to a clear calling he and his wife, Leiza, felt to the ministry. As Chief Operating Officer for three years, he directed fundraising programs that generated over $1 billion in donations and strengthened financial and organizational health.

As World Vision president and CEO since Oct. 1, 2018, Edgar has placed a strong emphasis on World Vision’s Christian identity and the transformational journey of staff, donors, and beneficiaries. In 2020, he led World Vision U.S. to raise record-breaking donations, including significant private and public funding for World Vision’s COVID-19 response. This largest-ever emergency response in the organization’s 70-year history has impacted the lives of more than 59 million people globally, and World Vision U.S.’s domestic response reached more than 6 million people through partnering with thousands of churches and other local partners.

Edgar has traveled as World Vision president to some of the world’s hardest places, including the Venezuela border in Colombia, gang-controlled urban areas of Honduras, the Bidi Bidi Camp in Uganda, and Rohingya refugee settlements in Bangladesh. He serves on the board of the U.S. Global Leadership Coalition. In recent years Edgar has been quoted in national media; spoken at events such as the Q Conference and Christian Leadership Alliance Outcomes Conference; appeared in National Geographic’s “Activate” TV series; and launched Chosen®, a new invitation to child sponsorship.

“It’s true everywhere we work: World Vision staff responding to the needs of the most vulnerable children and communities in dire circumstances and in the highest risk situations. That’s what we are called to. That’s what we’ve done for more than 70 years. One staff member in Latin America said it best: our response to this pandemic is not business as usual. It is mission as usual.”

A champion of diversity and inclusion throughout his career, Edgar pioneered multicultural marketing at P&G and in 2009 won the Change Agent award from ADCOLOR, an organization advancing diversity in the advertising industry. At World Vision U.S., one of Edgar’s key priorities is building a more diverse workforce and donor base.

Edgar cherishes faith and family above all. He has been married 29 years to Leiza, a former teacher who was born and raised in Puerto Rico and graduated from Xavier University. Edgar and Leiza live near Seattle, Washington, and they have four children, including two daughters with special needs. Edgar’s understanding of the unlimited potential of every child, instilled in him while raising his daughters, is an asset to World Vision’s mission to reach and empower the world’s most vulnerable children.

Edgar Sandoval Sr. in the Media

Hunger is on our doorstep. The time to act is now

A U.S. charity tries something new, letting poor kids choose their sponsors instead