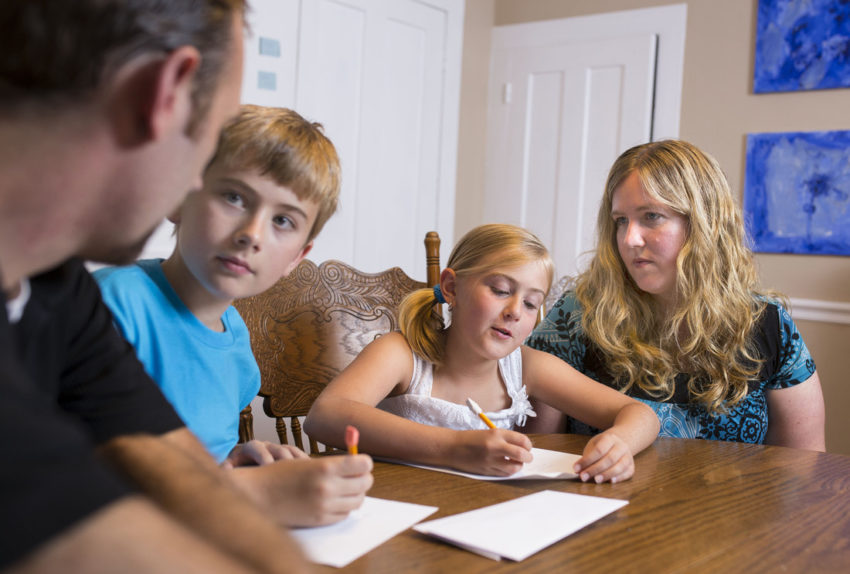 A history lesson — and encouragement from their parents, Adam and Anna — inspired the Goodworth children to support a new law that prohibits human trafficking. (©Genesis Photo Agency/photo by Steven Smith)

In 2012, Anna Goodworth decided to teach her children about slavery in their homeschool history class.

Adelaine and Lukas, then 5 and 7, peppered their mother with questions, wondering if slavery still exists today. Anna, who knew about human trafficking from her involvement with World Vision’s Women of Vision, answered that slavery does exist. Even the things they bought, she explained, could be made by exploited people.

“My son said he wanted to do another Boston Tea Party and take everything they had that was made by slaves and throw it in the river,” says Anna, 36. “Instead of getting arrested, I opted to have them write a letter to the president and our [members of Congress].”

I don’t have to just go on a mission trip or volunteer in the inner city. I can do things globally in my own home.—Anna Goodworth

A few months later, the family visited Washington, D.C., and met with their Connecticut congressional members, including Rep. Elizabeth Esty. They urged her to consider legislation that addresses human trafficking, a modern form of slavery. They also spent time with World Vision staff to discuss how to advocate for an anti-trafficking bill.

Once home, they followed up with their members of Congress. “We made thank-you cards for being on board with this,” Anna says. The family hoped it would further encourage them to support the bill.

In 2014, Anna received an email from Rep. Esty’s office, explaining that when the family visited her, the new congresswoman was trying to decide what issues to support. The family’s visit inspired her to back the anti-trafficking bill — and she asked permission to mention them in a media release announcing her support. That bill is now law.

“It’s different when kids are speaking out for kids,” Anna says. “They can say, ‘They’re just like me —they’re the same age as me.’ It’s been very empowering and humbling.”

Many of Anna’s friends said they’d wait until their children were older to talk about tough issues like human trafficking. But Anna says she would have made different decisions growing up, had she known.

As a result, her kids now are aware and diligent to ask where items they buy were made. They also give up birthday presents to donate money for clean water in developing countries and anticipate with excitement the next letters to arrive from the family’s five sponsored children.

“I love missions, and being a young mom, I wanted to get involved in something,” Anna says. “I realized that I don’t have to just go on a mission trip or volunteer in the inner city. I can do things globally in my own home.”

Use your voice on behalf of people living in poverty.