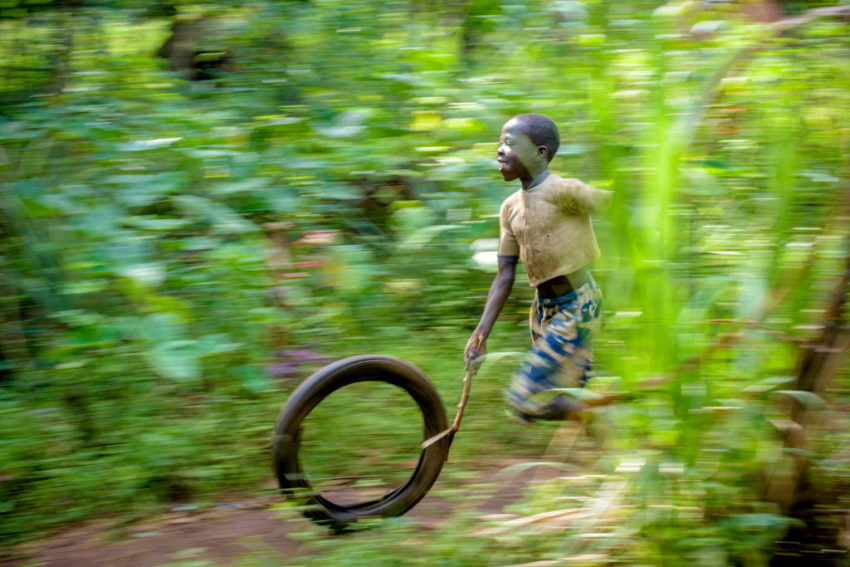 Aland in Uganda plays one of his favorite games, racing through nearby fields rolling old motorcycle tires. (©2016 World Vision/photo by Jon Warren)

Whether they live in a rural African village or American suburbs, kids are kids — and kids everywhere love games. Some of these games of jump rope, marbles, and tag might not appear at the Olympics, but the children playing them are champions to us.

Cambodia: Children play a high jump game in Leuk Daek, a district in southeastern Cambodia where World Vision has been active since 2000. (©2012 World Vision/photo by Jon Warren)

Zambia: Eight-year-old Rosemary, left, plays a traditional African game called mancala (or in some places kigogo) with a friend near her home in Moyo, in southern Zambia.

Mongolia: Otgonbayar Rentsenlkhagva (in red), 15, trains with other children and teenagers at the Eagle Boxing Club in Bayankhongor. Founder Oyunbold Bold started the gym, which is supported by World Vision, to give young people a safe place to develop confidence and skills. (©2015 World Vision/photo by Jon Warren)

Armenia: On a regular visit to the Tarloyan family, Father Paren lifts his cassock to his knees and kicks a ball with 9-year-old Vahag, who is sponsored through World Vision. During his visits, Father Paren listens to Vahag and his siblings to discern if they have issues at home or school that he can help them address. Then, they have some fun. (©2015 World Vision/photo by Laura Reinhardt)

Dominican Republic: Though many Major League Baseball players hail from the Dominican Republic, it’s the girls in this neighborhood who go to bat with determination in their eyes. Here, sports play a crucial role in building confidence and self-esteem among teenage girls. (©2012 World Vision/photo by Abby Stalsbroten)

Honduras: Children everywhere play variations of the game of marbles—including Ever Francisco, 9, and his father, Francisco Rodriguez. (©2013 World Vision/photo by Laura Reinhardt)

Zambia: “The beautiful game,” as soccer is known, becomes even more beautiful when played at dusk beneath a multicolored sky in Zambia. Learn how to make a soccer ball like the one pictured here! (©2015 World Vision/photo by Jon Warren)

Mozambique: Delfina Candido, center, and her friends are avid jump ropers. The third-grader and sponsored child says, “After church, we will play all day long until we come back home.” (©2012 World Vision/photo by Jon Warren)

Peru: The World Vision-supported Children’s Parliament in Huanta, Peru, is full of lively, enthusiastic children and teenagers, all eager to stand up for their rights and make a difference in their community. During each weekly meeting, they make time for group games. (©2014 World Vision/photo by Eugene Lee)

South Sudan: In Pagai, a camp for internally displaced people in South Sudan, wooden posts mark the goal line for soccer games. Forced to flee their homes due to ongoing violence, children and teenagers here find respite at World Vision-run Child-Friendly Spaces. Even amid the direst circumstances, staff at the spaces help kids create ways to play. (©2015 World Vision/photo by Jon Warren)

Every child deserves to be safe. 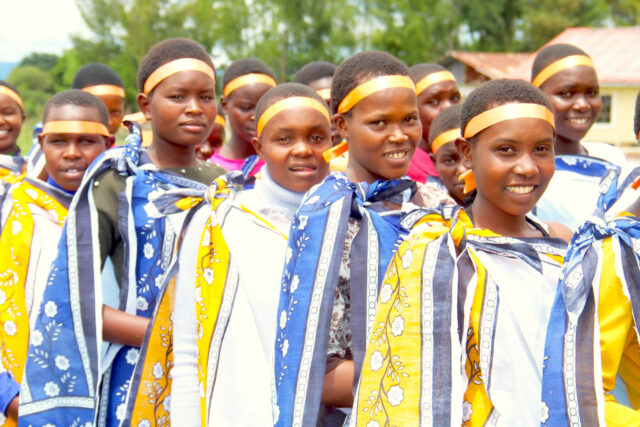 6 facts about female genital mutilation (FGM) you need to know