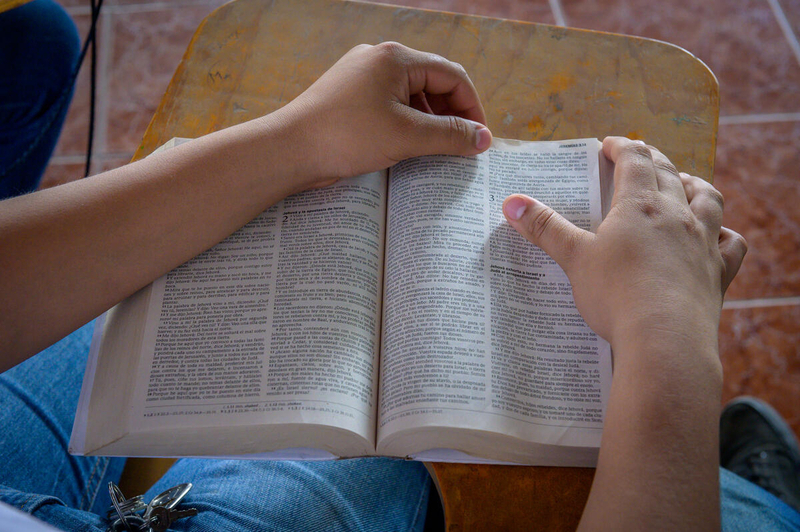 When we look at leadership traits, we can examine God's Word to see Jesus' example. (©2019 World Vision/photo by Laura Reinhardt)

This year, people in the U.S. will make a choice about who should lead our nation for the next four years. We’ll choose between leaders with different opinions and ideologies, and that choice could affect our lives for years to come. And we’re all asking — and some of us are arguing — about what qualities a good leader should have.

Don’t worry — this is not about who you should vote for. But in all our choices and struggles, we have an opportunity to look to Jesus for guidance. What does Jesus have to teach us about what a leader looks like?

We can look to Jesus for examples of wise, loving leadership. But Jesus is so different from many earthly leaders that it seems foolish to compare them — especially when the more important comparison is between Jesus and ourselves. Are we speaking the truth? Giving Jesus our whole hearts? Valuing others? Acting with compassion and forgiving much more often than we’d like?

None of us is getting it all right. But election season offers us lots of opportunities for practice! We can speak the truth in love and value the people labeled worthless, who treat us poorly, and even people who disagree with us. We can let our compassion, instead of our desire to be right, motivate our actions. We can forgive, even before being asked. We can be like the leaders we want to see.

Because no matter who gets elected, what will matter most is who we allow to rule our hearts. In that race, we definitely recommend signing up with Jesus.

Here are six ways Jesus is different from the leaders of today, and what those differences teach us.

Remember when Jesus calls the Pharisees a “brood of vipers” (Matthew 12:34)? Ouch. Harsh words. The Pharisees had great religious influence — wouldn’t it have been a better strategy to tone it down a bit? But Jesus speaks the truth without fear of repercussions. He’s concerned with sharing his message, not gaining political support.

Nor is Jesus using hard-hitting truths as a way to rile up anger from people already on his side. He’s not going for the “gotcha” moment or the “truth bomb.” Whether or not it’s to his advantage, and even if it means he’ll lose supporters, he speaks the truth. Because the truth — undiluted — is what sets us free.

Let’s pray that our current and future leaders have the strength to speak the truth with love, even when it might be costly.

We all like easy, and people who seek power often base their campaigns around making things easier for us. “Vote for me: Your concerns will be addressed and your problems solved!” Even if we know in our hearts that it can’t be quite that simple, easy can be an attractive offer.

But while Jesus says that his yoke is easy and his burden light (Matthew 11:30), his plan has a steep joining fee. He says, “Whoever wants to be my disciple must deny themselves and take up their cross and follow me” (Matthew 16:24).

“Take up your cross” would be a horrible campaign slogan. No one would go for it. But Jesus is playing the long game; he’s playing for eternity. The reward is great though the journey may be rough. But he reminds us it’s worth it: “What good is it for someone to gain the whole world, and yet lose or forfeit their very self?” (Luke 9:25). Jesus offers us an eternity full of joy with him, but not in exchange for a vote or a certain percentage of our hearts. He wants more than that — he wants our whole hearts, souls, minds, and strength.

Why is Jesus willing to tell us to deny ourselves and follow him? Because he loves us, and that’s what it will take to have a relationship with him. Unlike a political candidate, Jesus doesn’t need our support; he wants our company. He wants to enjoy life with us starting here on Earth and continuing into eternity. This is not an offer our earthly leaders can match.

Jesus values us so much that he paid our debt of sin with his death. Paul tells us that, “For the joy set before him he endured the cross, scorning its shame …” (Hebrews 12:2). The joy of fellowship with us was greater to him than the pain of the cross.

And he doesn’t stop there! He’s still seeking us, still calling us. He can’t be stopped, because his love for us is relentless.

In the election season, we can remember Jesus’ great love for humanity and let that guide and direct our interactions with each other.

We’ve probably all experienced the type of leader that seeks to surround themselves with influential people, hoping (not unwisely) that some of that influence will rub off on them. If you’re looking to have an influence on Earth, hanging out with the smart, the beautiful, and the rich is a good strategy.

But it’s not how Jesus operates. He not only spends time with people the world rejects but also goes looking for them. He seeks out the ostracized, poor, sick, weak, and people deemed “worthless” — these are the folks Jesus wants to spend time with.

The story of Zacchaeus is a beautiful example of this (Luke 19). Zacchaeus is a despised tax collector working for the Roman government, a cheater, and a sinner. Because he’s not tall enough to see over the crowds, Zacchaeus had to climb a tree just to catch a glimpse of Jesus. If anyone else noticed Zacchaeus at all, they would have expected Jesus to walk on by.

But Jesus calls Zacchaeus by name. He sees Zacchaeus in the tree and says that he wants to hang out with him. Zacchaeus’ life changes from that moment — he repents of his sin and promises to share his wealth. That’s the power of being valued by Jesus.

As always, we pray and advocate that our leaders would remember the most vulnerable among us — the poor, the sick, the refugees — and seek ways to empower them. Ask your leaders to remember vulnerable children.

5. Jesus is motivated by compassion.

Our leaders can create amazing change when they allow compassion to motivate them to action. Most of us can understand what it’s like to be compelled to act by compassion: We see people hurting, and we want to help.

But Jesus is the compassion champion. He lets compassion mess up his plans, frustrate his followers, and throw his work-life balance out of whack.

We see this clearly right after John the Baptist’s death. Jesus withdraws to a remote area to be alone (Matthew 14:13). So often surrounded by crowds, Jesus wanted to be alone after the death of someone important to him. But the crowds of people heard about where he was going, and rather than giving him some space, they followed him and pressed in around him, eager to have their own needs filled.

When we’re already tired or sad, the last thing we want is to be confronted by other people’s demands, and we often react harshly. But Jesus looked out at the crowds and “had compassion on them and healed their sick” (Matthew 14:14). He set his own needs aside to minister to others, not because he had too, but because his compassion made him want to.

We can pray that Jesus will lead whomever gets elected in 2020 to be moved by compassion.

Sadly, forgiveness is not always advantageous to our leaders. Think of debate stages where we see candidates reminded of every time they made a mistake, misspoke, or cast an unpopular vote. One candidate brings up their opponent’s mistake and vice versa, and it seems whoever memorized the longer list of sins will win the day. Mistakes are used to condemn and destroy.

We need to hold our leaders accountable, but true repentance should be met with true forgiveness. That kind of forgiveness sets us free to be the people God created us to be.

Jesus doesn’t forgive to “be nice” or because it’s the socially acceptable thing to do, he forgives to set people free. He doesn’t want anything blocking people from living in life in all its fullness (John 10:10).

May we value leaders who are willing to forgive, and may we forgive them and not hold grudges that grow bitterness. 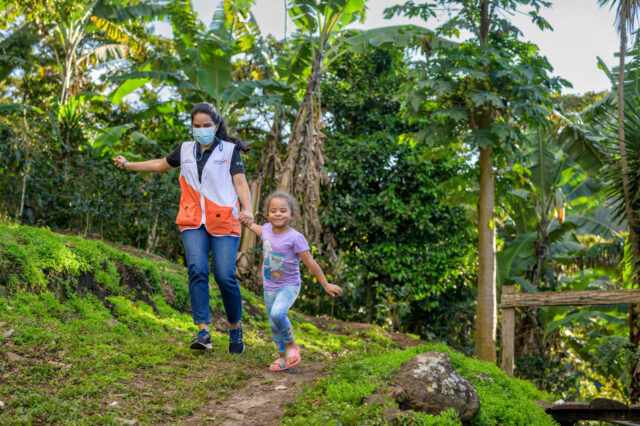