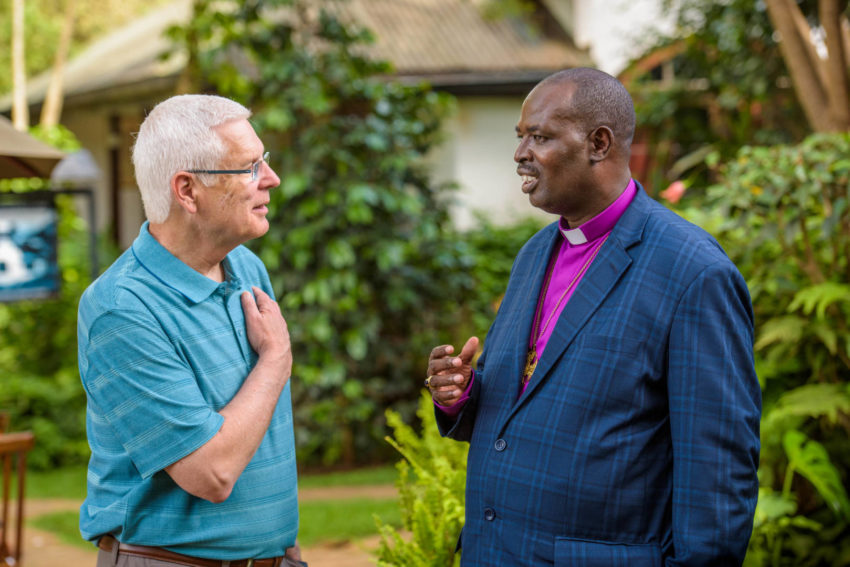 Have you ever received a gift that changed your life?

I have. It was a book, Basic Christianity, by John Stott, given to me by a Christian friend in high school. I was an atheist at the time, so I stuck it in a box and forgot about it. But six years later, after I met my future wife, Reneé, I wanted to understand more about this Jesus she loved. So I picked up John Stott’s book. Idle paging turned to voracious reading, and I stayed up all night devouring it.

Through that book, I received the gift of the gospel. And I’ve spent the rest of my life passing it on — to relatives, through my church, and as president of World Vision U.S.

That’s how the gospel works. Jesus is the free gift God gave to the world he so loves. We receive it, and our lives change. But it shouldn’t stop there. The gift is just too good to keep to ourselves. Our Christian faith began to spread when a small group of disciples shared their firsthand knowledge of Jesus, and it continues to ripple out today from 2 billion believers around the world.

The mission Christ gave to his early followers was nothing less than to change the world, and that’s our mission too. We are to love our enemies, be generous with our money and possessions, live with integrity, and seek justice for all. We’re called not only to proclaim the good news but to be the good news, demonstrating Christ’s love and mercy in tangible ways.

When our deeds align with our words, people see Christ in us. That’s what Jesus is saying in Matthew 5:16: “… let your light shine before others, that they may see your good deeds and glorify your Father in heaven.”

Child sponsorship is that kind of world-changing good deed. Over the years, I’ve met former sponsored children who say their sponsor’s support was a significant turning point. It’s the reason they’re fulfilled in a promising career instead of stuck in a dead-end manual job. It’s the impetus for putting their children through school. It’s the spark that ignited their faith in Jesus Christ, now shining for all to see.

In 1974, a little boy in Kenya was sponsored by a family who wanted to do their part to change the world. Today, that boy has grown up to become Archbishop Jackson Ole Sapit, leader of the 5 million-member Anglican Church of Kenya. When I met Jackson in Nairobi this summer, he told me, “Without that initial support, I would not be the person I am.”

Jackson’s sponsors thought they were helping only one child, but God multiplied their gift. That one child now influences millions of believers.

Another example of one gift multiplying into many: Families I’ve visited around the world are excited to show me the animals they’ve received through World Vision’s Gift Catalog. A goat or a pig is a true game-changer for families living on poverty’s unforgiving edge. As they tell me about the benefits, they often proudly add that they value the chance to help other families in need by gifting their animals’ offspring.

To me, this is a microcosm of the kingdom of God — offerings of love changing hands, over and over, to the glory of our Father in heaven.

Share the story of Jesus and the glory of God’s work.