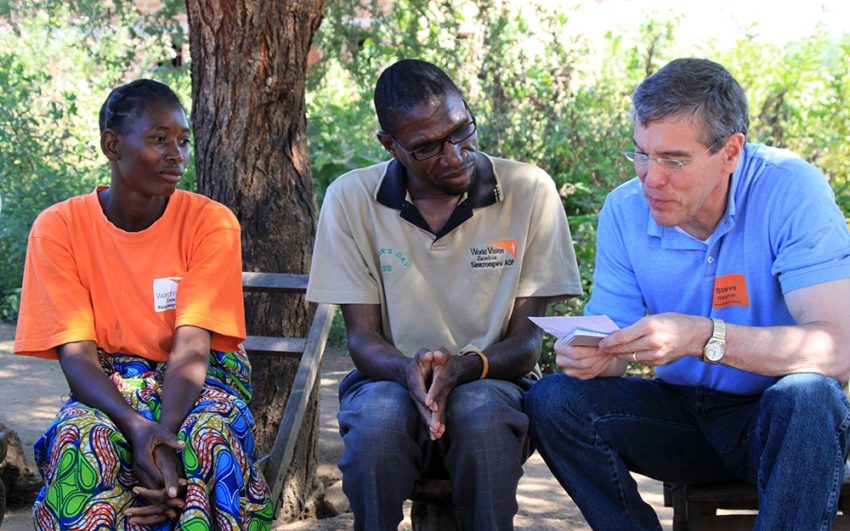 The Rev. Steve Hayner, a renowned Christian leader and World Vision partner and board member, died on Saturday, Jan. 31, 2015. He lived his final days with the same joy in the Lord that was the hallmark of his life of service.

For more than four decades, Steve focused his ministry on working with young people — from his early years as a youth pastor in Seattle, to his leadership with InterVarsity Christian Fellowship and later as president of Columbia Theological Seminary.

Our identity, our meaning in life, our sense of significance, and our self-worth are not to be based on the roles we fill, the power we wield, or the numbers we lead. —Rev. Steve Hayner

He also served on World Vision United States and World Vision International boards of directors for more than a decade. World Vision U.S. President Rich Stearns says, “Steve’s faithful leadership was marked by the godly wisdom described in James 3:17 — wisdom that ‘is first of all pure; then peace-loving, considerate, submissive, full of mercy and good fruit, impartial and sincere.’ He modeled for all of us how to glorify Christ in all things and at all times — forever and always pointing the way to Christ.”

Steve’s wisdom and skills were highly valued throughout his years of ministry. An author and professor, Steve also served as a founding member of several Christian boards across the U.S. Among his passions were diversity and global leadership in the Church.

Steve Hayner realized God’s call to full-time ministry in the church while attending Harvard Divinity School in 1972. He received his master of theology from Gordon-Conwell Theological Seminary in 1973, was ordained, and served with University Presbyterian Church in Seattle. He later completed his Ph.D. in Hebrew and Semitic Studies at the University of St. Andrews in Scotland. He and his wife, Sharol, have three children and three grandchildren.

In an article for World Vision magazine, Steve wrote, “Our identity, our meaning in life, our sense of significance, and our self-worth are not to be based on the roles we fill, the power we wield, or the numbers we lead. We play to an audience of one, who loves us, affirms us, and uses us.”

Now, Steve Hayner rests in the loving arms of this singular audience.