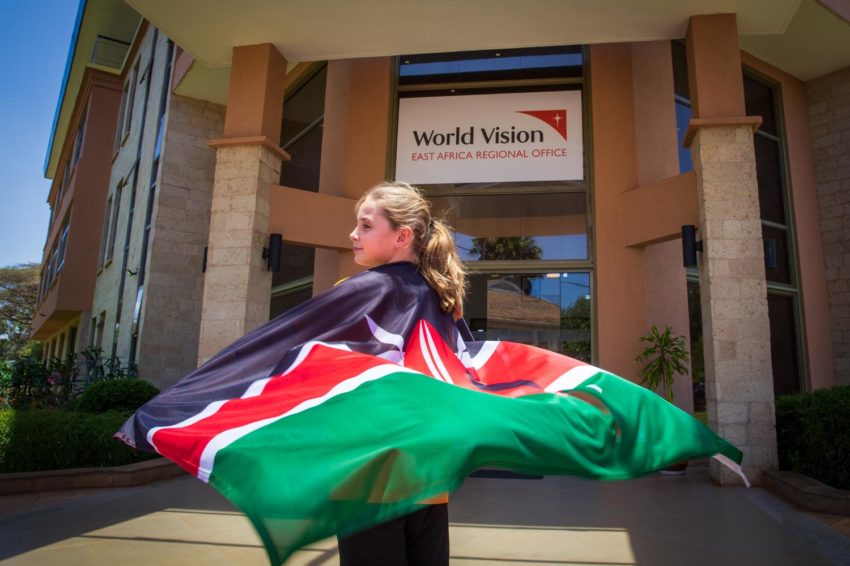 Addyson Moffitt, now 10, stands draped in the Kenyan flag in March 2019 in front of the World Vision East Africa regional offices in Nairobi, Kenya. After appearing on The Steve Harvey Show with her Kenyan friend Maurine in late 2018, her family got to travel to Kenya to meet Maurine at her home, as well as the two children they sponsor through World Vision. (©2019 World Vision/photo by Chris Huber) 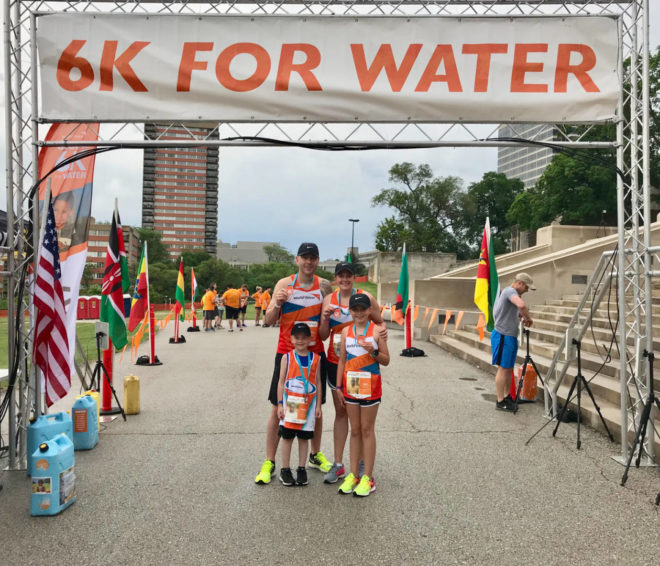 The Moffitt family is a family on mission. Bryan and Shayla’s passion for running has inspired Addyson, 10, and Cayson, 6, to also run. The family ran in the Global 6K for Water the past two years and sponsors two children in Kenya. Bryan says, “Whether you’re walking for five minutes or to the mailbox and back, start somewhere, and God will get you wherever you’re at. Don’t let fear get in your way because you start out by walking. And after you walk for 10 minutes, you walk for 15 the next week. And then after that, walk for 20 minutes.” (Photo courtesy of Bryan Moffitt) 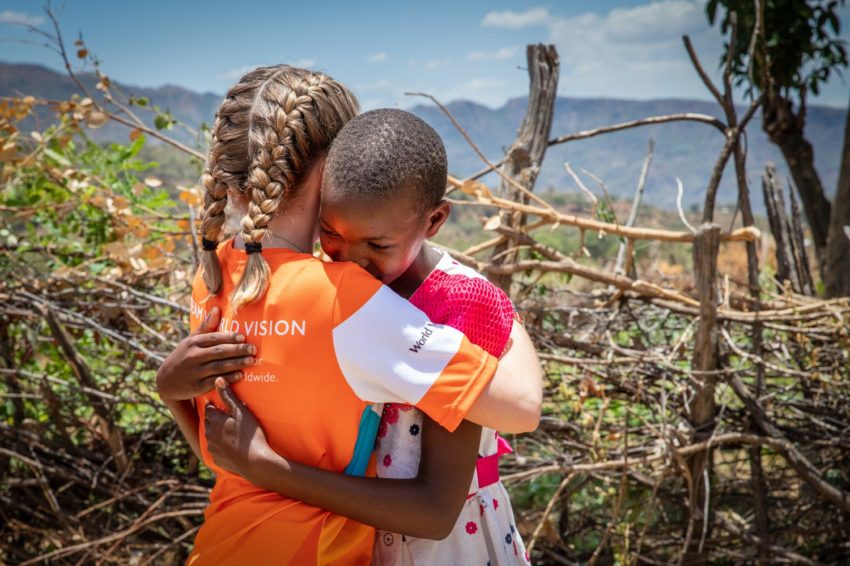 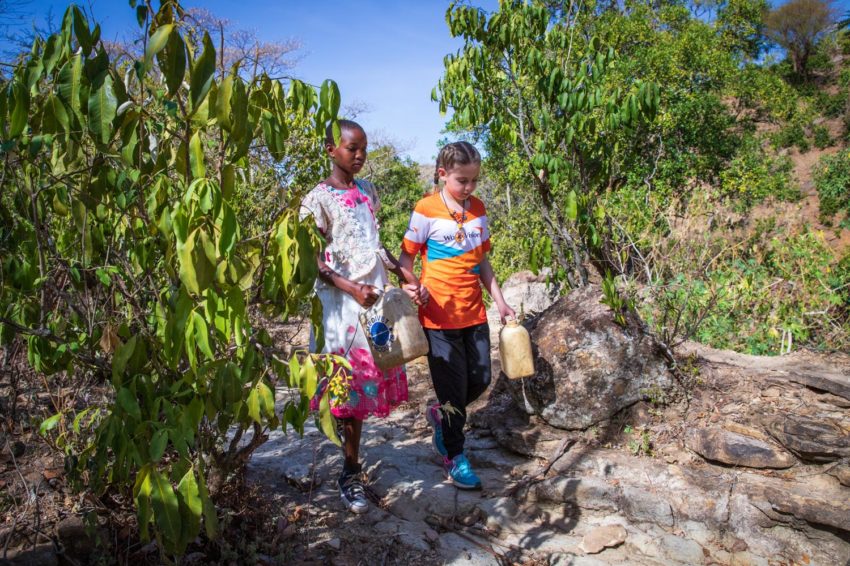 Addyson and Maurine walk about 2 kilometers from Maurine's house to the place where Maurine used to collect dirty water. (©2019 World Vision/photo by Chris Huber) 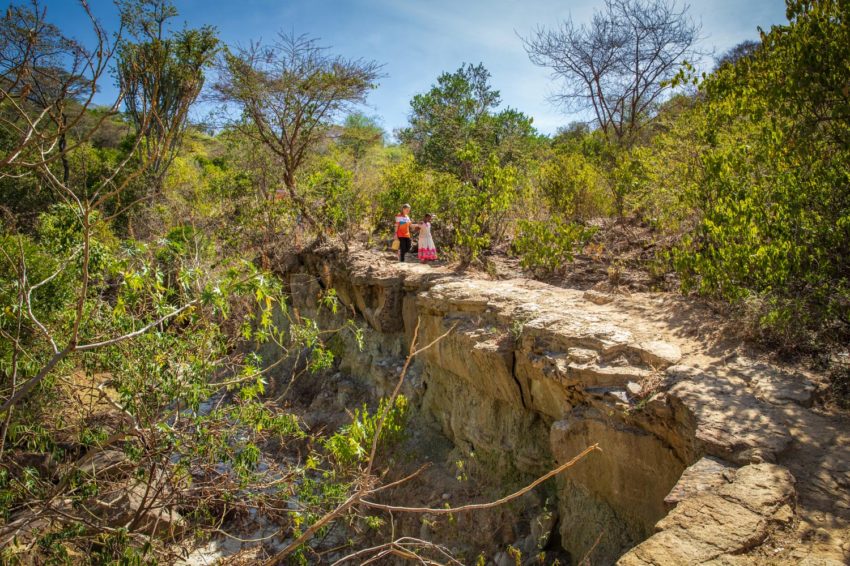 The girls hold hands to help each other traverse along a precarious path. (©2019 World Vision/photo by Chris Huber) 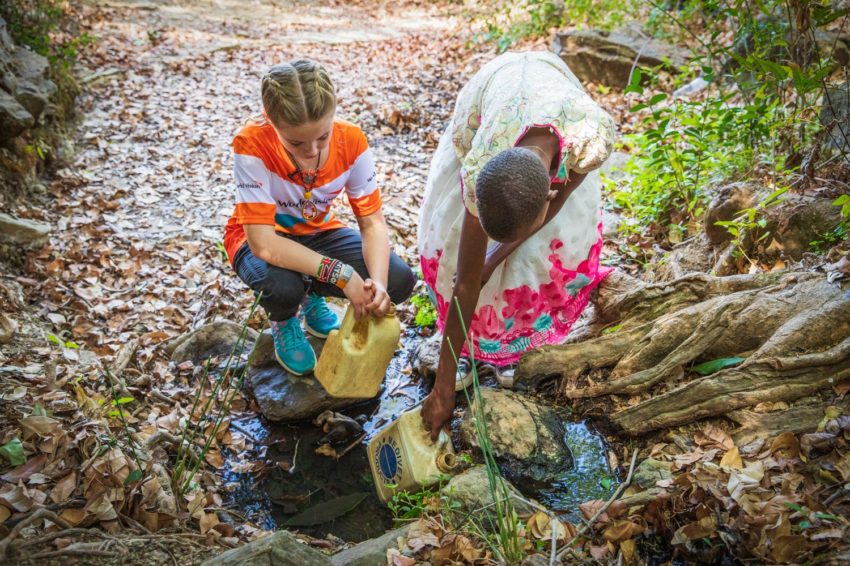 Addyson and Maurine collect dirty water from the spring that Maurine used. Now she and her family have clean water. (©2019 World Vision/photo by Chris Huber) 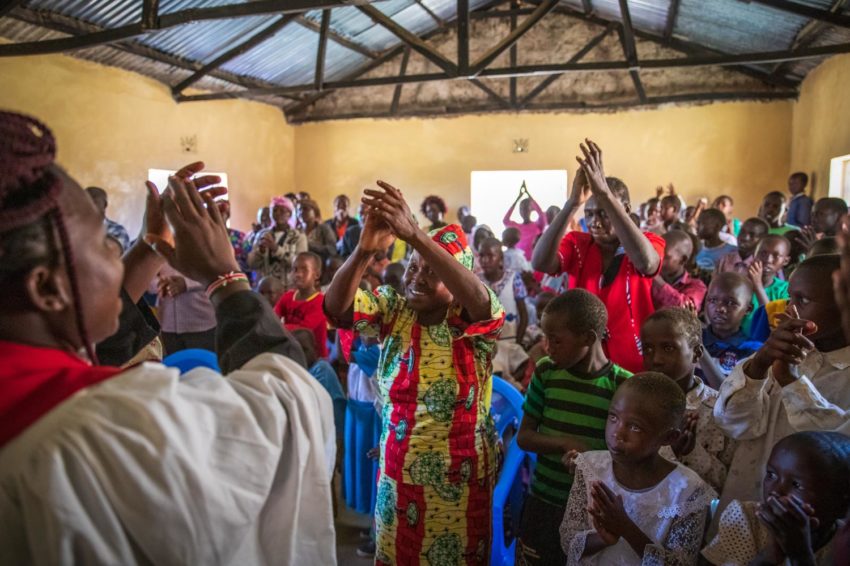 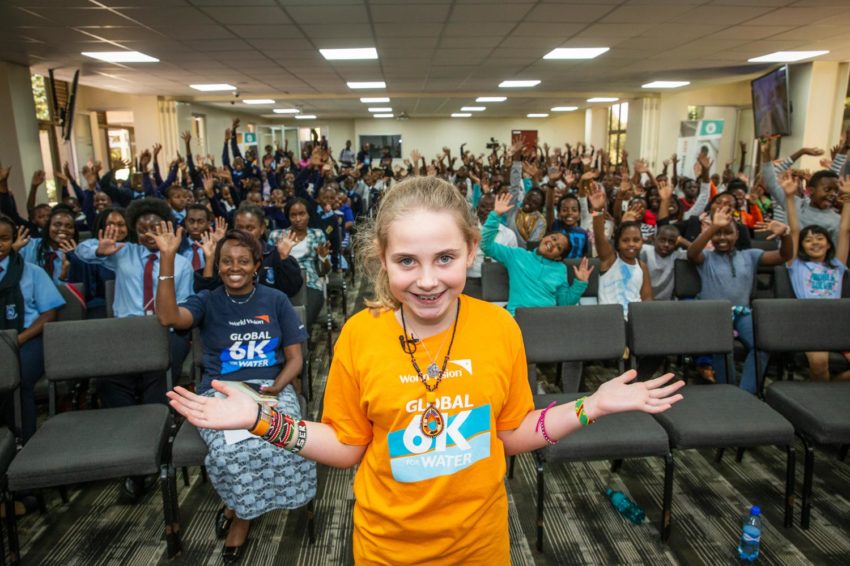 Addyson and her family inspired and encouraged local students about their cause at World Vision offices in Nairobi, Kenya. (©2019 World Vision/photo by Chris Huber) 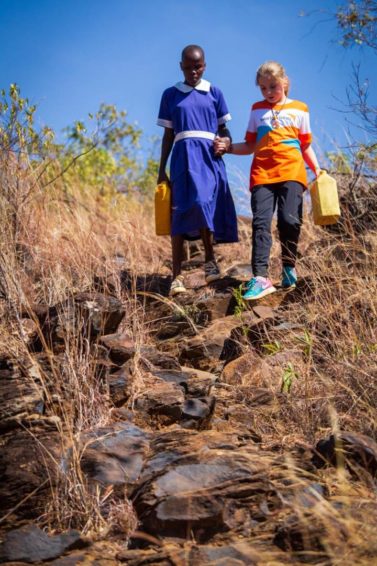 Addyson, right, and Anita walk down a steep path to collect dirty water. Anita, her family, and her school still use this water source for their daily needs. (©2019 World Vision/photo by Chris Huber) 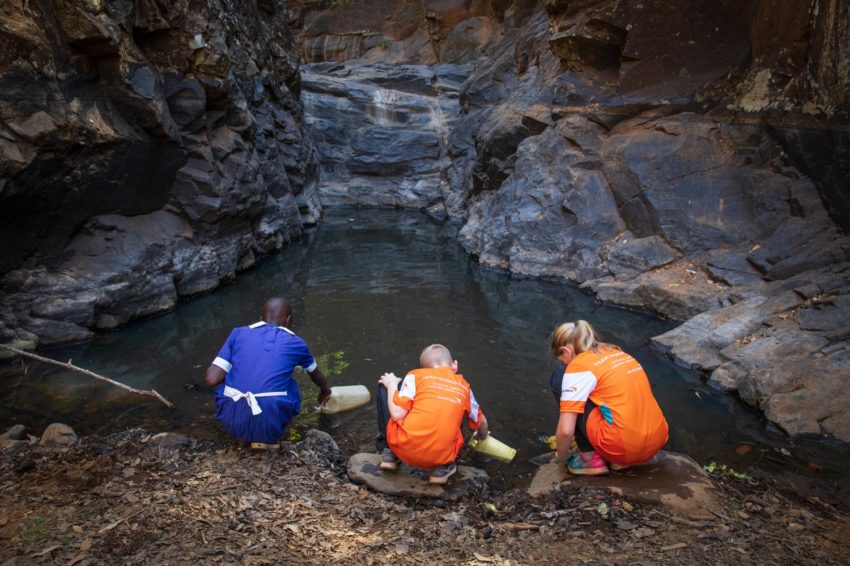 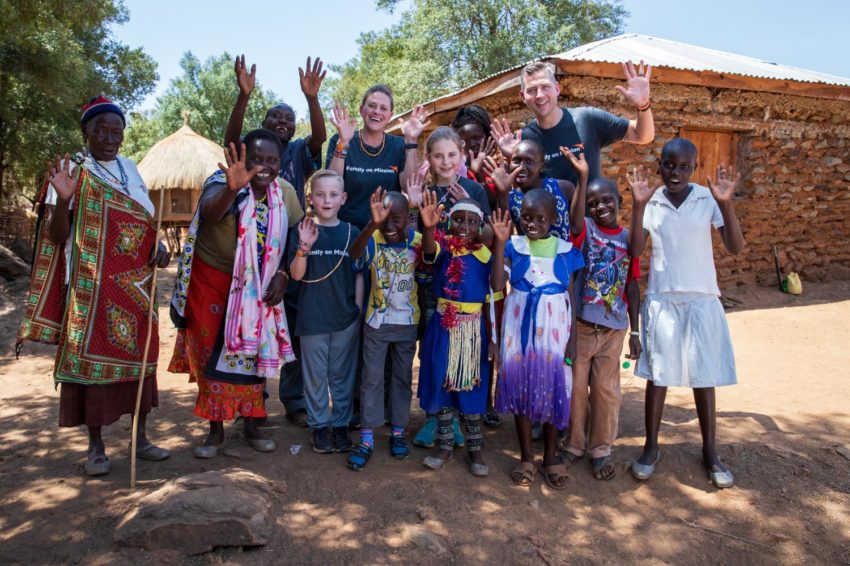 Addyson and her family visited the two children they sponsor, including Lucy and her family. (©2019 World Vision/photo by Chris Huber)

On the eve of the 2016 Kansas City Half Marathon, the Holy Spirit planted a dream in 7-year-old Addyson Moffitt’s heart: see every kid have clean water in her lifetime.

She’d learned about a little girl in Kenya named Maurine and that many kids like her don’t have clean water.

“I wanted to help them,” says Addyson, now 10. “I didn’t feel that it was fair that they had to go do that, and I just have to go to my refrigerator and get clean water.”

So she told her mother she wanted to run the half marathon next year and raise funds for clean water.

In the days that followed, Addyson peppered her mom and dad, Shayla and Bryan, with questions — when does training start, when can she start fundraising, how can she fundraise.

“That’s when we knew it was real,” Shayla says. “It wasn’t just a 7-year-old who had an inspiring evening.”

Shayla and Bryan prayed, asking God to lead them and Addyson as she began fundraising toward a $1,310 goal to represent the 13.1 miles she’d be running. When the half marathon arrived in October 2017, Addyson had raised more than $20,000.

She finished the race, and her mission only grew “because, you know, we can’t stop fundraising and running until the water crisis ends.”

Around then, her family sponsored two children who live in Maurine’s community. They began writing letters and sending school photos as well as praying for them and Maurine.

In spring 2018, the family ran the Global 6K for Water together for the second year in a row.

“It’s not a race. It’s not who comes in first. It’s not who has the best time,” Shayla says. “It is finding purpose and knowing that when you move one foot in front of another, you are impacting a life clear across the world.”

By the 2018 Kansas City Half Marathon in October, Addyson had raised more than $60,000. She ran again, and then in November, she appeared on The Steve Harvey Show to share her story. He surprised her with $5,000 toward her fundraising and a trip for Addyson and her family to visit Kenya in the spring to meet their sponsored child and visit Maurine.

“Don’t let anybody take down your big dreams,” Addyson says. “People might tell you that you’re too young, you’re too small, but don’t listen to them. Just always go for your dreams and don’t let anyone stop you.”