In January, 60 new members of Congress were welcomed to D.C. ahead of the presidential inauguration. Among them are mothers, fathers, veterans, people of faith, and a former refugee. They all fought through an election so they could serve.

Change often brings about feelings of both hope and fear. We don’t know what the upcoming months will bring. Headlines focus on who did what, what people say, and disagreements in policy.

But what if the next four years is not about them — what if it is about you and what you can do?

Here are four ways to be an advocate and carry your New Year’s resolutions, good intentions, or just general determination forward to genuinely impact your community, people around you, and the people who God calls us to care for.

1. Have the courage to speak against things you know are wrong.

If a child came home and talked about teasing they witnessed at school, your first question may be, “Did you say anything?” We are more connected now than ever before, and between news, social media, and conversations with friends and neighbors, we witness injustices every day. Do you do something about it?

Even as an adult, it takes courage to speak out against injustice. However, we live in a country where we have the tools, systems, and freedom to speak out. It can start simply with raising awareness. For instance, did you know that one in every 113 people in the world is a refugee? And now that you know, can you share this with someone else? It may not fit into a normal conversation, and it may not be what someone wants to hear over coffee, but sharing it is meaningful. Awareness has the power to move an issue from a generic headline in a person’s mind to a genuine caring about people in need.

Members of Congress are people too, and in the same way as friends and neighbors, they often do not have in-depth knowledge on every issue — no one person can be an expert on everything. You can change this by speaking out via a phone call or email to them. Your message can be short and sincere: Share what you see and your concerns. You don’t have to solve the issue — just have the courage not to be silent about it.

Spin class? A new recipe? How about a meeting with one of your members of Congress? Maybe it’s not as simple as some things, but getting face time with your representative is definitely a worthy goal for the New Year.

Your members of Congress work for you, and their job is to represent you — whether you voted for them or not. You can watch and be pleased or displeased or you can take a chance and make yourself heard.

Your member of Congress likely has an office near your home. You can speak to them about a specific issue, or just introduce yourself and let the office know your general concerns. You may find out that you and your congressional member have a lot in common — you could be from the same town, have kids in the same activities, or share passions about certain topics.

3. Set an example for children around you.

We want children to feel empowered. We want them to see the things in this world that break hearts and not feel sad and helpless, but instead think, “What can I do?”

Show them that every person’s voice matters by using your own voice to speak truth to power. Demonstrate that no matter where you come from, you can still be heard. Don’t just sit around the kitchen table and talk about the change you would like to see; take the time and make the effort to speak to the people who can make or affect the change. Use your phone, email, and social media. When you can show your child that you gave up two minutes of Facebook or TV time to send an email to advocate for the poor or those affected by conflict, you set an example of valuing others over yourself.

One of the first lessons I remember from Sunday school is learning the word “parable,” a simple story used to illustrate a moral or spiritual lesson, as told by Jesus in the Gospels. The Bible is a tool to guide our actions. Within the many reoccurring themes in the Bible, we see two that spur us to action: pray for our leaders (1 Timothy 2:1-2) and the need to hold our leaders accountable to serve the common good, including the poor (Psalms 2:10-11; Proverbs 11:14; Romans 13:1-7).

When you advocate, you do not only speak for the rights of those who are destitute (Proverbs 31:8), but you seek justice as God commanded us to.

As we move further into 2017, you have the opportunity to think bigger than yourself. New Year’s resolutions are notorious for dissipating quickly, but by committing to a few new things this year, your actions can truly have a larger impact.

Speak up and act on behalf of children and families in need. 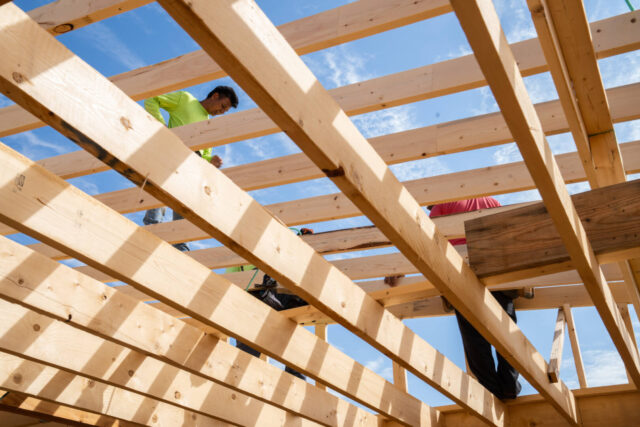