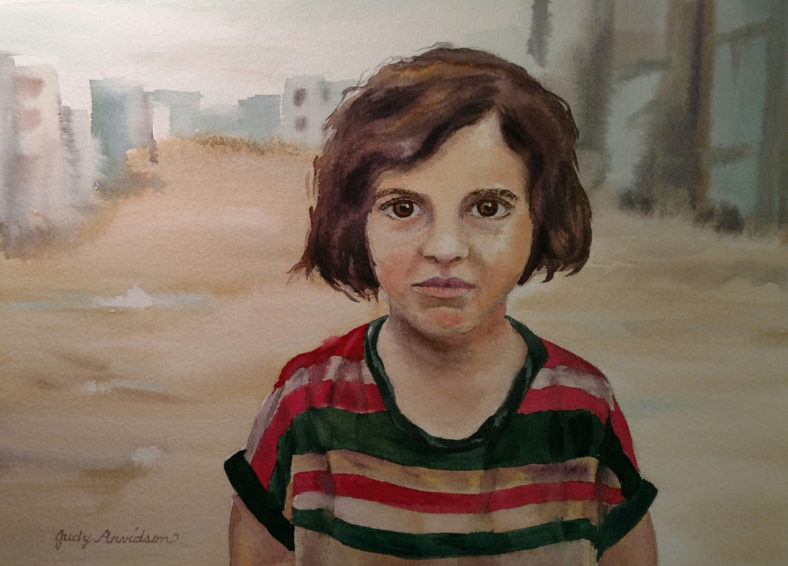 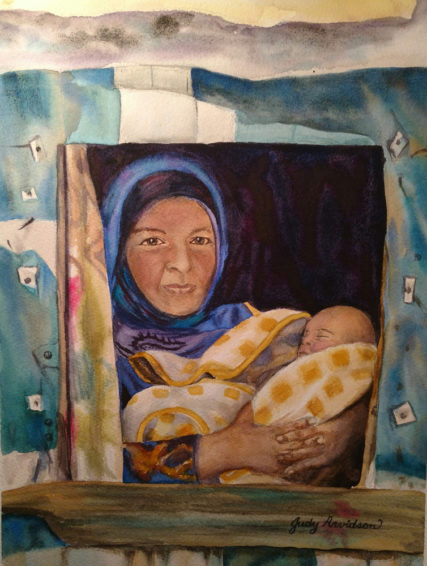 Artist Judy Arvidson of Illinois painted this watercolor of a Syrian mother and her child from a World Vision photograph by Jon Warren. (Painting image courtesy of Judy Arvidson) 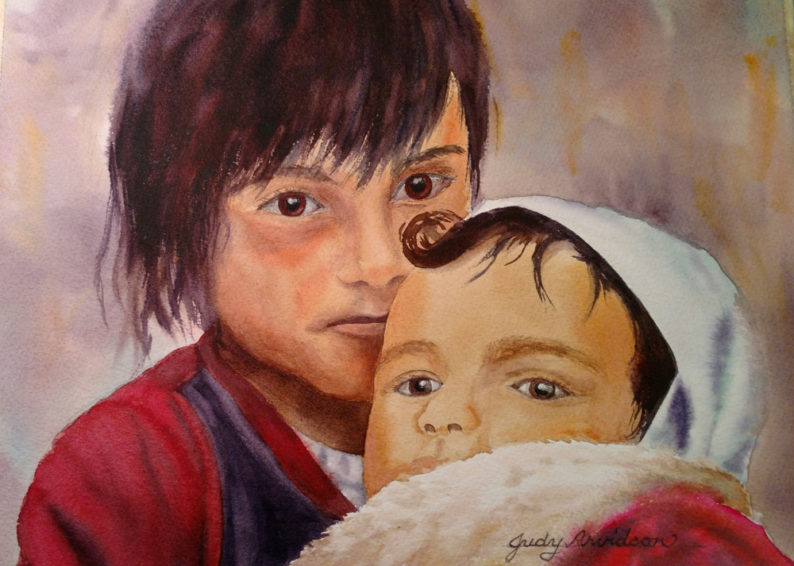 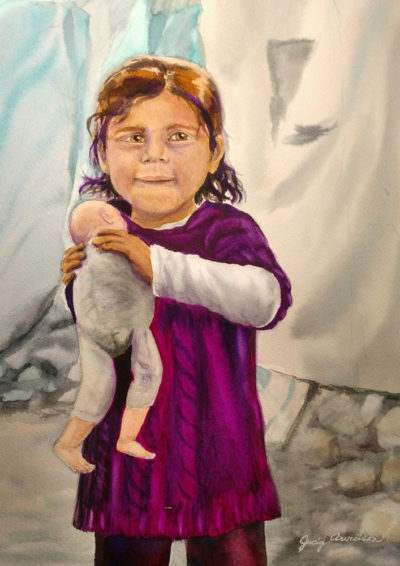 Artist Judy Arvidson of Illinois painted this watercolor of a girl from a World Vision photograph. (Painting image courtesy of Judy Arvidson) 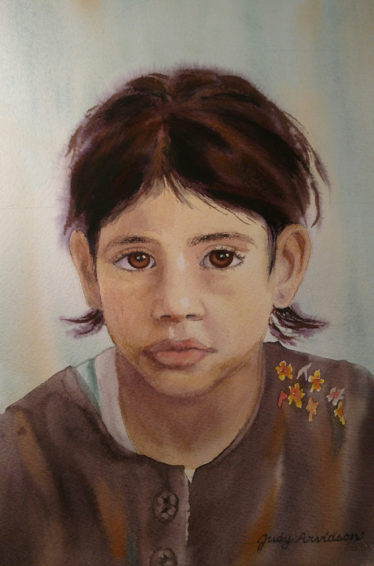 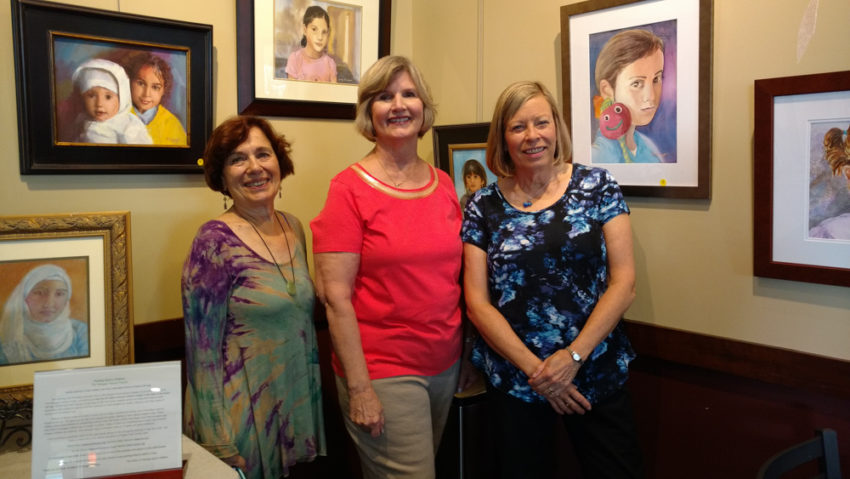 From left, artists Dee Abbate, Becky Kraft, and Judy Arvidson pose with their work after hanging it in a coffee shop in Barrington, Illinois. The group creates paintings of World Vision photos and sells their art to raise money for the Syrian refugee crisis. (Photo courtesy of Judy Arvidson) 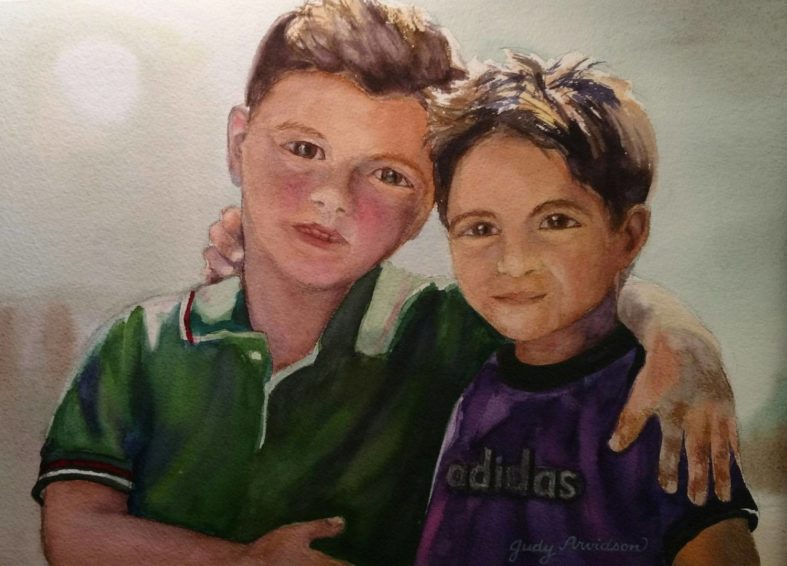 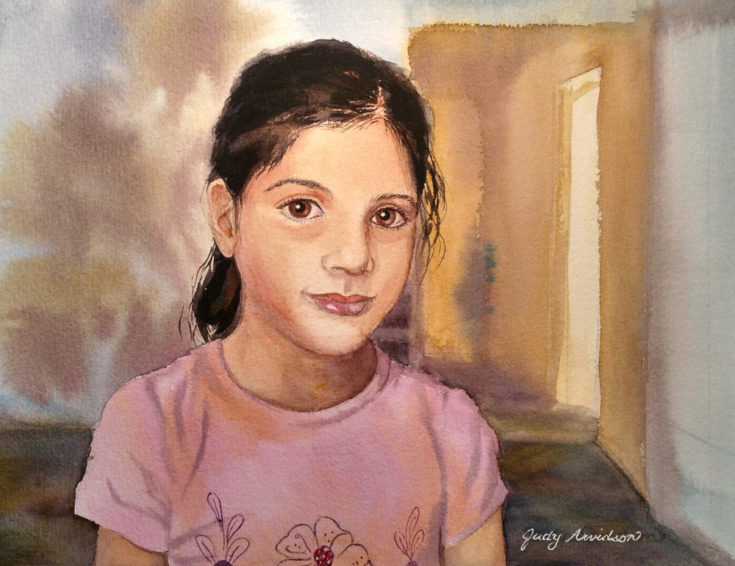 Artist Judy Arvidson of Illinois painted this watercolor of a Syrian girl from a World Vision photograph. (Painting image courtesy of Judy Arvidson)

Dee Abbate remembers feeling helpless for years as she watched news reports from the civil war in Syria and the growing refugee crisis in the Middle East. The images and video footage of children affected by the violence broke her heart over and over.

“I was very affected by a photograph I saw of injured children in Syria,” says Dee, 76, an artist from Oakwood Hills, Illinois, about an hour northwest of Chicago. “It really troubled me. But I kept telling myself, ‘There’s nothing I can do about it.’”

That all changed about a year and a half ago when Dee organized a group of artist friends to paint portraits of Syrian children caught up in the refugee crisis. They call it, Painting Syria’s Children: The Refugee Portrait Project. So far, the group has been featured in seven gallery showings and generated about $12,000 in sales, which it gives directly to World Vision and a few other charities. The group started with only a few people. Now the group consists of 23 artists.

“All of a sudden, all these people were joining, and it was wonderful,” says Diane Ward, 66, Dee’s close friend who helped start the group. “It was just like a little miracle.”

Dee found inspiration to be part of the project from a woman on a televised talent show who shared her story of adopting two Syrian children. She had always wanted to help. But the voice in her head changed from apathetic to hopeful.

“It became, ‘What can I do as an artist?” she says. “That’s what I asked myself. The answer came that I could paint children.”

So Dee started searching for charities involved in the refugee crisis that would let her use their photos of Syrian children for inspiration for her paintings.

“The first one to say I could use the photos was (photographer) Jon Warren of World Vision,” Dee says. “If it wasn’t for Jon, I think I would have given up.”

Since then, the artists have painted dozens of portraits from World Vision photos and from a few other organizations, including Catholic Relief Services and Act for Peace. This endeavor has been an outlet for many of the artists, who share a desire to help others through their craft.

“I think people feel helpless. You sit there and think, ‘What can I do?’” Diane says.

But now, “They could say to themselves, ‘This is what I can do,’” Dee says. “That’s what is so wonderful about the project.”

Dee says that group members paint the photos that resonate most with them.

“You find a child whose photo speaks to you — just like when you meet people, you know them immediately. A portrait is not just the art — it’s your response to the person,” Dee says. “We feel an attachment to that child and start caring about that child. There’s spiritual qualities expressed in that face, in their eyes.”

Diane says that the empathy the group members feel drives them to continue painting.

“We just look at these children and think, ‘Oh my gosh, these kids could be our kids.’ What parent wants to see them go through this?” Diane says. “Once you see a child’s eyes, your heart just kind of melts for them. No matter what religion, nationality, whatever — your family is something you cherish. [We] want to use talents to help these kids. We pray for them while we’re painting. They feel forgotten by the rest of the world.”

The group has another exhibit scheduled for September 2018 and encourages others to use their gifts and skills to bless others.

“Everyone can find a way to help. We all were gifted with something,” Dee says. “Find a way to use our talent or career skills to make life possible for others. It’s a way to return the gift, or pass it on.” 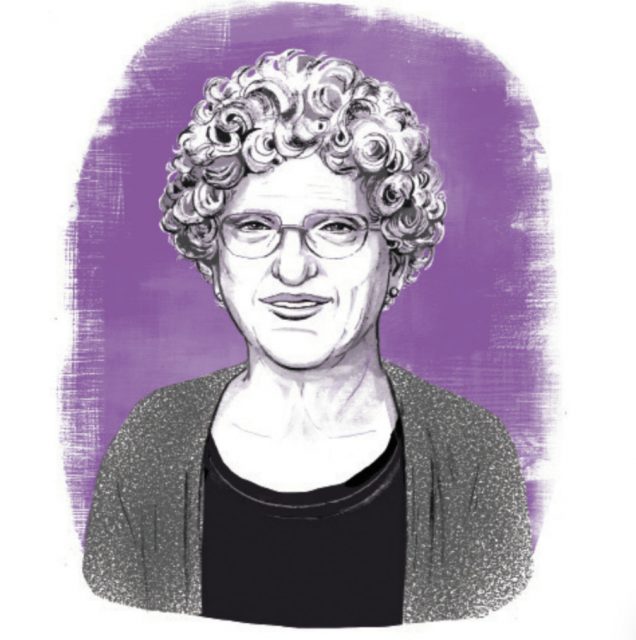 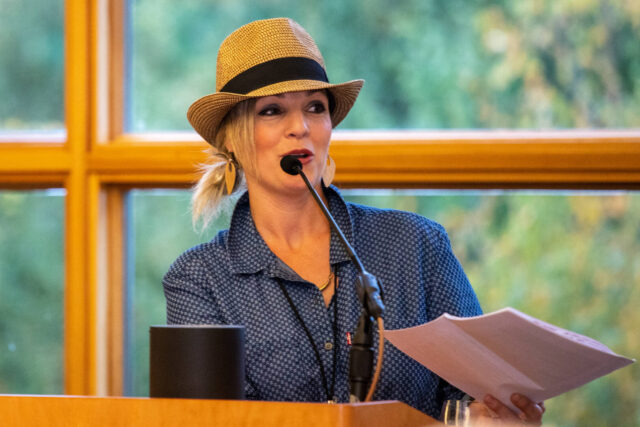