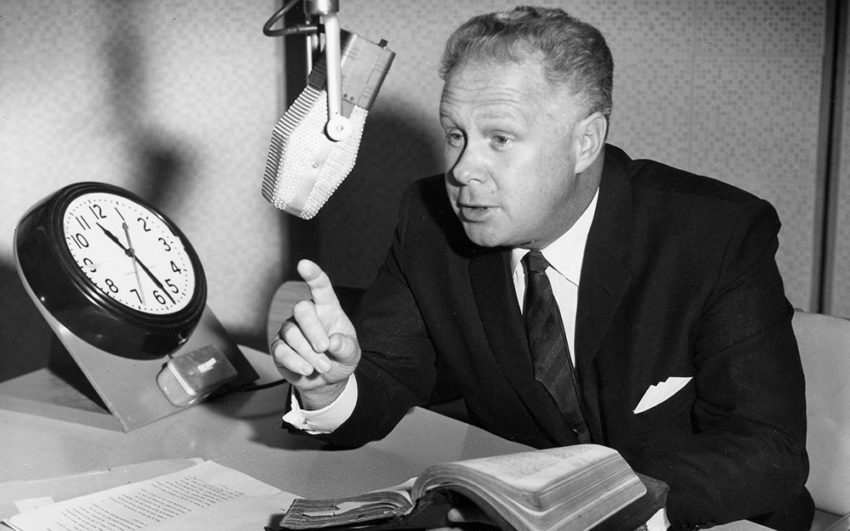 World Vision founder Bob Pierce on the air during a national radio broadcast in 1956. (©1956 World Vision)

This week, World Vision is officially 68 years old. The documents of incorporation were filed in Los Angeles, California, on Sept. 22, 1950, with Bob Pierce as president, Paul Meyers (better known as “First Mate Bob” on the Haven of Rest radio broadcast) as vice president, and Thelma Meyers as executive secretary and treasurer.

In my book, “Man of Vision,” I wrote: “[World Vision] was formed as a missionary aid organization to meet the needs during times of crisis in the Orient.” This is true. At the time, the Korean War was raging and many of our fundraising efforts were focused on meeting the needs of Korean refugees, widows, and orphans.

World Vision is your work — your outreach to needy people scattered in the most remote and troubled areas of our world.—Larry Ward

But time has a way of blurring the edges of memory, and in the process of researching my new book, “The Audacity of Faith,” a bookend to “Man of Vision,” I have read through countless stories, magazines, and radio scripts from Dad’s nationwide ABC radio broadcast. What I discovered — or perhaps I should say “remembered” — is that from the beginning, God gave my father a vision that reached far beyond Korea. In fact, he and Mama were supporting missionary outreaches in India, the Philippines, and China years before World Vision even started! And by 1960 we had projects in over 20 countries.

The following is taken from a World Vision radio broadcast that celebrated our 10th anniversary. My father entitled it, “What is World Vision? A 10-year report.”

What is World Vision? A 10-year report.

Let me take one moment to say thank you, dear friends, for the way you have stood by World Vision through the years. It is wonderful in our eyes that God has made World Vision what it is today in just 10 years’ time.

We now have 13,600 children in our care in 159 orphanages throughout Asia. And we are still caring for 170 widows of murdered Korean Christians and their children. Many of them are being supported by people who must sacrifice to send their $25 a month. Or by elderly people like the 88-year-old woman who wrote me to say that she wants to give her money anonymously because “I feel it would be better for the child not to be in contact with someone who is going to die soon. It must be hard on them to get accustomed to one person and then be handed to another. Still I want to do my part to care for those Christ loves and died for.

“Those Christ loves and died for.”

World Vision is proud to have a share in ministering to the needs of those whom we are trying to lead to Jesus Christ. But it is only fair for me to say that our ministry is largely dependent upon the faithful work of others, for we do not carry on our orphanages in our own name. We supply the funds. We assume the responsibility. But our World Vision orphanages are Presbyterian, Methodist, Assembly of God, Nazarene, Anglican — whatever church is at work in any given place with evangelical, Bible-believing Christians in leadership.

We stand by to help meet the emergency needs of others. But we, in turn, get all that we have from the hand of God. And he supplies our need through you! Thank you for helping us to help others.

At present we are helping to build seven hospitals in Formosa, Korea, and Hong Kong. And just this week we were able to help a hospital in Nepal. A few weeks ago I told you the story of two British women who had waited 16 years to get into Nepal. They were medical missionaries, and when Nepal opened up they walked on foot over the mountains from India to start the first Christian hospital in the history of that country. [This hospital became famous as the Shining Hospital because the sun reflects off its metal roof and makes it “shine.”]

I found out that they needed an X-ray machine, operating tables, and a generator to provide electricity so they could run a water pump to bring water up from a deep gorge. I asked you to help, and you did. You sent enough money so that we were able to buy $19,970 worth of medical equipment for that hospital and one other. Now they can do surgery at any time of day or night. It could be that right now in Nepal someone’s life is being saved — someone who would never have stepped foot in a church, who would never have read a tract put in their hand — but who under the stress of great pain has allowed a loving missionary to bless them with the touch of kindness and healing and to speak the words of Christ’s love into ears that may be receptive for the very first time.

Your gifts met that need! And I am grateful for the help, because, God willing, World Vision is about to take on 600 more children and the support of a number of nurses in India. Many of them were orphan girls who grew up in our orphanage and now want to minister to others as the missionaries ministered to them.

World Vision is your work

At the end of the broadcast Dad’s close associate, travel companion, and dear friend, Larry Ward (future founder of Food For the Hungry), came on to give a list of other needs being met that month by World Vision and needing support:

Larry ends the broadcast with these eloquent words:

World Vision is your work — your outreach to needy people scattered in the most remote and troubled areas of our world. And every day there are new needs, new requests for World Vision’s help. We can help them as you help us.

May I end this reflection as my father began it.

Thank you, dear friends, for the way you have stood by World Vision through the years. It is wonderful in our eyes that God has made World Vision what it is today — in just 68 years’ time. 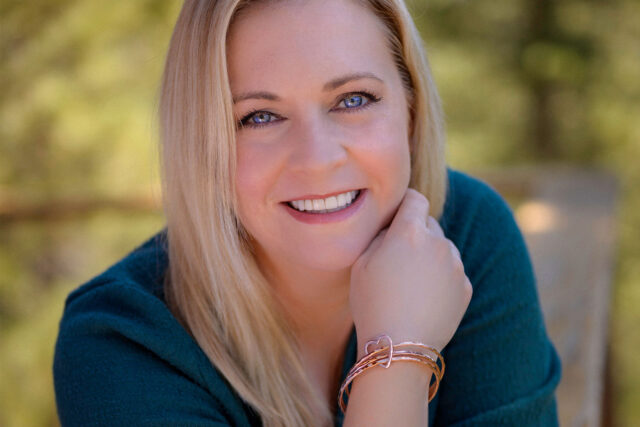 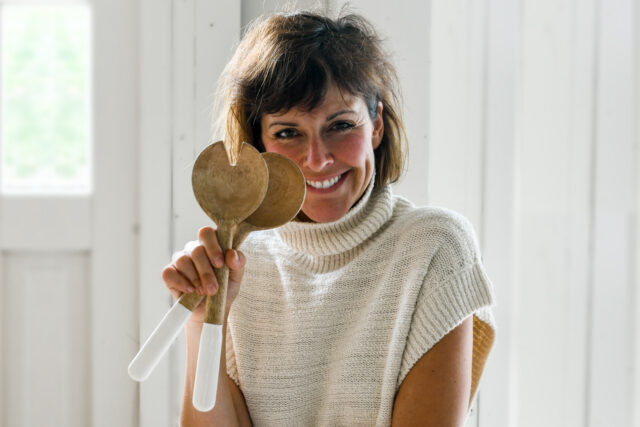