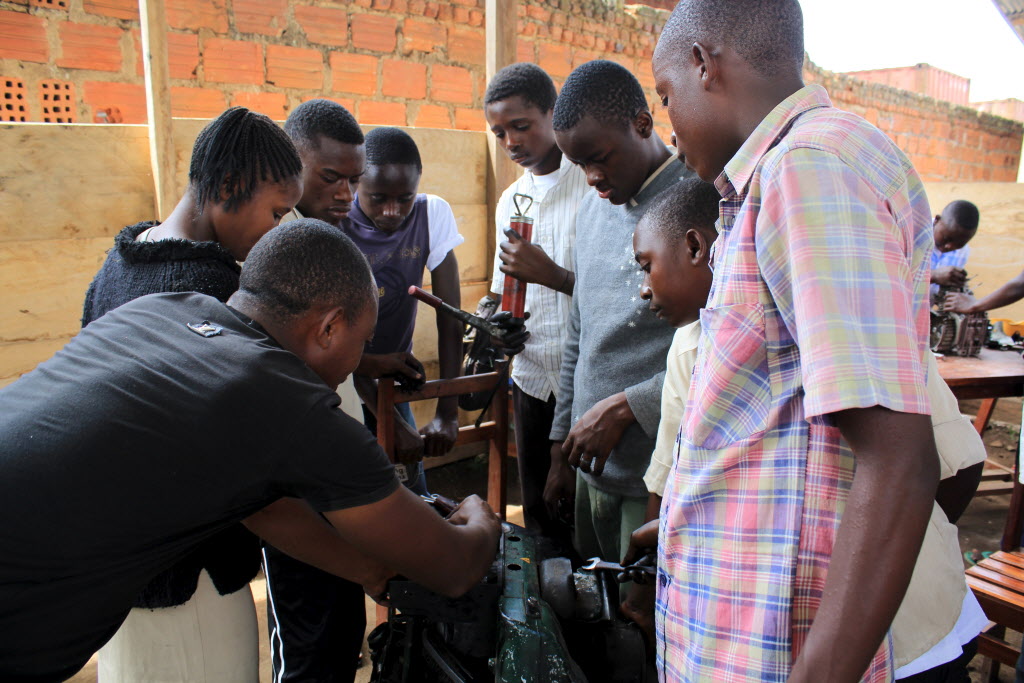 Many boys in the DRC have worked as child soldiers — some forcibly and some by choice. The Rebound Centre rehabilitates these children back into the community with vocational training. (©2013 Kayla Robertson/World Vision)

The Obama administration has released the annual list of countries that will lose military assistance for the coming year because of their use of child soldiers. However, through the use of National Security Waivers, military aid will continue to flow to some countries actively recruiting or using children in their armed forces.

‘U.S. taxpayer money should never go to use children as weapons of war’

The release of this list has been a source of controversy over the past four years as the administration had taken to using the waivers, which many advocates consider to be skirting a 2008 law meant to curb this kind of military support.

“This is definitely a mixed bag,” said Jesse Eaves, senior policy adviser for child protection for World Vision. “On one hand, it’s good to see some countries are being held responsible and are responding to U.S. pressure. On the other, the administration continues to shelter its friends. It’s our belief that U.S. taxpayer money should never go to use children as weapons of war.”

Passed in 2008, the Child Soldier Prevention Act is meant to curtail U.S. military assistance to governments that recruit and use children into their armed forces or government-supported militias. Thousands of World Vision supporters advocated for the passage of this bill.

However, through a loophole in the law, the Obama administration failed to implement the Child Soldier Prevention Act as Congress intended, opting to issue waivers to countries rather than hold them accountable.

In June, the U.S. State Department found that nine countries were actively recruiting or using children in their national militaries. The nine countries are:

Prior to the release of the June list, the administration signaled its intention to provide military assistance for seven countries:

Rwanda, Somalia, and Yemen all received full waivers, which means they are eligible to receive all forms of U.S. military assistance. CAR, DRC, and South Sudan all received a partial waiver, which means some military aid be allowed for specific purposes such as training to create more professional (and child-free) militaries.

Law gets results when used as it was intended

One country of note is Rwanda. Last year, the United States cut off all military assistance as a result of the Rwandan government’s suspected support of the rebel group M23, which operates in DRC.

According to the U.S. government and independent watchdog groups, Rwanda appears to have severed ties with M23 after being listed again this year and thus has earned a full waiver under the law. This shows what happens when the administration uses the law as Congress intended.

“We must follow the intent of the law,” added Eaves. “We must ensure that U.S. taxpayer dollars do not contribute to prolonging the conflict and increasing the use and suffering of child soldiers.”

According to Eaves, the use of the waivers undermines the intent of the law and enables persistent perpetrators to escape accountability.

“Congress designed this law to turn U.S. government complicity in the use of child soldiers into a solution to the problem,” said Eaves. “The bottom line is the use of these waivers is dangerous for children.”

How you can respond

Give monthly to help children living in conflict areas.