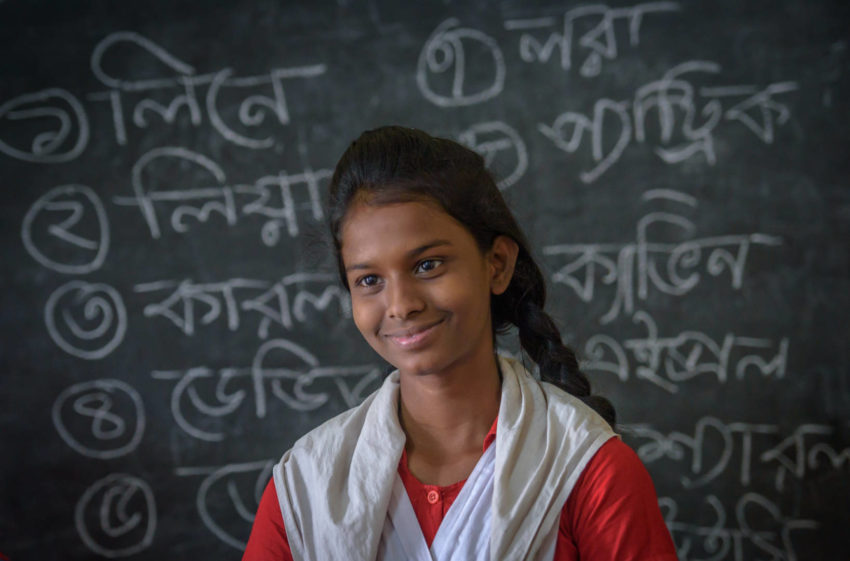 Bristy now attends school instead of spending her hours working in the shrimp factory. (©2018 World Vision/photo by Laura Reinhardt)

About seven years ago, my husband, Pat, and I read “The Hole in Our Gospel” by World Vision President Emeritus Rich Stearns. As I read, I felt God say, “This is important! These people are real, and they’re suffering. Now you know the statistics. If only my people would share, there would be enough for everyone.”

But a trip for me to Bangladesh in January 2017 felt different.

We met beautiful children and mothers and fathers who lived almost on top of each other in the slums of Khulna, the third-largest city in Bangladesh. My most vivid memory from this trip is of a group of young girls who worked at a shrimp factory.

After a traditional greeting of flowers, songs, and dancing, we broke up into small groups to hear their stories. Their initial shy smiles vanished as they told us about their work in the shrimp factories. They squatted — sometimes for 12 to 14 hours — in a cold, dark, smelly room.

Bristy, a tiny 11-year-old girl in a red dress, talked about the razor-sharp part of the shrimp that so often cut her hands. She showed us the palms of her hands that were covered with tiny scars from those cuts. She also shared how her bosses would hit and curse at the girls if they didn’t work fast enough.

But there was hope. World Vision staff had identified children, like Bristy and the other girls, working in hazardous situations and then invited them to be a part of World Vision’s new child protection program. Through the program, children would attend a center, where they could learn, play, and be safe. I knew this intellectually, but I confess that in the darkness I’d seen, I wasn’t sure how things could ever be different.

Still, when I got home, I told Bristy’s story to anybody who would listen.

Last November, I returned to Bangladesh. This time, I brought Pat. I wanted him to meet the girls and to see them again myself.

I couldn’t believe the transformation I witnessed in such a short time. Radiant girls and parents shared how their lives had changed.

Then, on our last day in Bangladesh, I saw Bristy in school. Her uniform was red.

I sat next to her in the classroom. She wrote our names on the board in Bengali. Every time I think of that, it brings tears of joy to my eyes.

Bristy is ready to take on the world. She’s passed sixth grade and was sixth in her class after final exams. She dreams of becoming a teacher, working with access-challenged children in her community.

Meeting the children, hearing their stories, and seeing the lives changed has touched me, and Pat, deeply. This last trip strengthened our resolve to tell their stories. In fact, we’re returning to Bangladesh this November to see the work that World Vision is doing with Rohingya refugees.

God wants children and their families everywhere to know how precious they are and how much he loves them. They have not been forgotten. We have the opportunity to be his hands and feet and to bring hope and transformation into their lives.

Lyné Brown is a World Vision donor and National Leadership Council member. She is the former vice president of ecommerce at Clorox.

Sponsoring a child in Bangladesh is a personal way to show God’s love to a child in need. 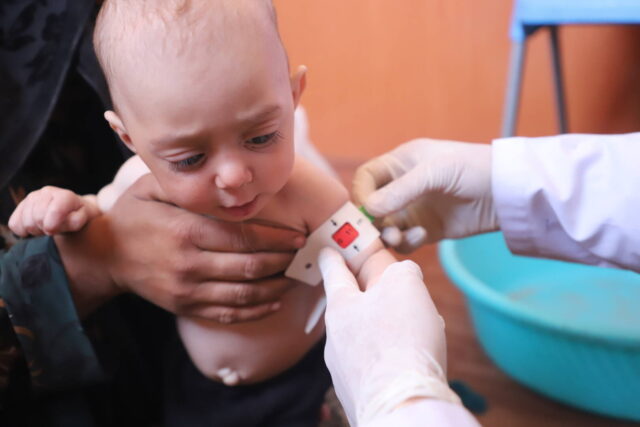