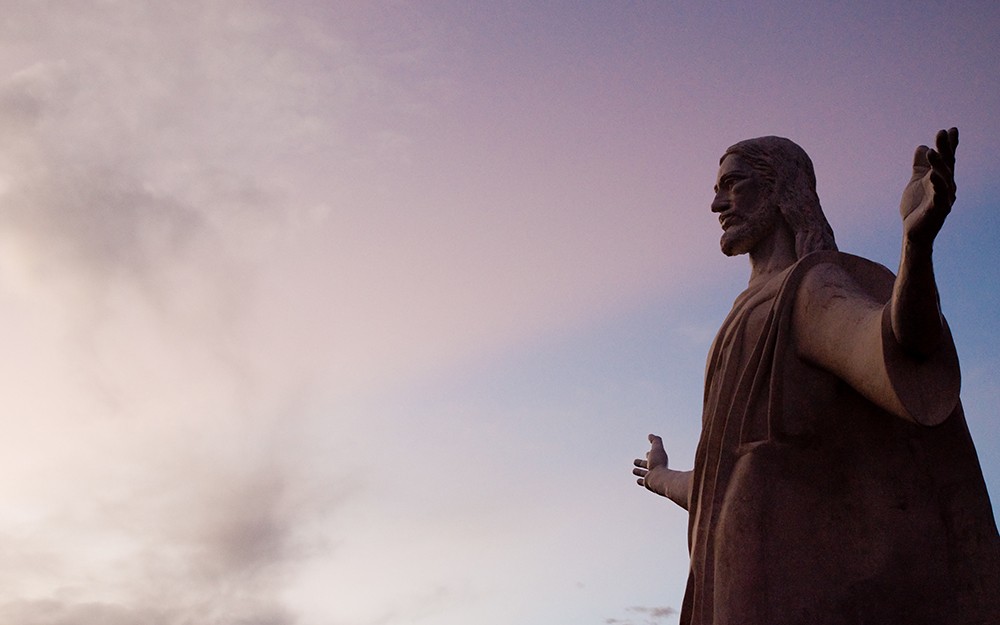 “The Lord is with you, you mighty man of valor!”(©2007 World Vision/photo by Jon Warren)

I have to admit that I have felt a bit like Gideon this past year as I have watched the unspeakable violence happening against God’s people in places like Iraq, Syria, and South Sudan. I have been tempted to ask as Gideon did — “Where are You, God?” — when I have read about innocent men, women, and children being gassed, beheaded, and crucified. As a mother, I have found myself praying a lot about the future my children and grandchildren will face as professing believers in Jesus Christ.

In the world you will have tribulation; but be of good cheer, I have overcome the world.—John 16:33

I have walked with Jesus for over 60 years and seen his amazing power demonstrated through many disturbing times in history. But when I heard a congressman say last week that he believed that there are literally thousands of terrorist “sleepers” in the United States just waiting for the call to action, I felt fear — not because I don’t know that death is actually the gateway to life, but because I don’t want those I love to suffer.

My husband, Bob, and I lead the prayer team at our church on Sunday mornings before the service, and as we were praying last week the Lord spoke very clearly to my heart:

“Satan isn’t the only one who has ‘sleepers’ you know. I have sleepers too. I have placed millions of faithful servants in strategic places around the world — mighty men and women of God who have been called by my name to do acts of great valor; who have the power through my love to overcome the hatred of the enemy; who have the words of life that will defeat the gates of death and hell. Greater is he who is in them than he who is in this world. And no matter how scary the enemy looks with his knives and guns and hate, no weapon formed against them will prosper.”

At that moment, God gave me eyes to see the countless points of light that surround every speck of darkness in this world. He reminded me that he never promised he would protect us from trials and tribulations. In fact, Jesus told his followers in no uncertain terms that they — and we as their spiritual offspring — would face tremendous persecution and testing. (Read John 16.) But he followed the bad news with the good in verse 33!

“These things I have spoken to you, that in me you may have peace. In the world you will have tribulation; but be of good cheer, I have overcome the world.”

As often happens, this message of encouragement was followed by a word of warning.

That morning his voice continued to whisper in my heart: “Be careful not to be caught sleeping when the call to arms comes. ‘Sleepers’ live every hour of the day with one ear listening for the call to action. But some in my Church have gone to sleep, believing that ‘the call’ will never come.

“Wake up, you mighty men and women of valor! Be alert and have your weapons handy! For the enemy is at the gate, and the battle is here.

“But the victory is mine,” says the Lord.

The Angel of the Lord appeared to him [Gideon], and said to him, “The Lord is with you, you mighty man of valor!” Gideon said to Him, “O my lord, if the Lord is with us, why then has all this happened to us? And where are all His miracles which our fathers told us about, saying, ‘Did not the Lord bring us up from Egypt?’ But now the Lord has forsaken us and delivered us into the hands of the Midianites.” Then the Lord turned to him and said, “Go in this might of yours, and you shall save Israel from the hand of the Midianites. Have I not sent you?” —Judges 6:12-14 (NKJV)