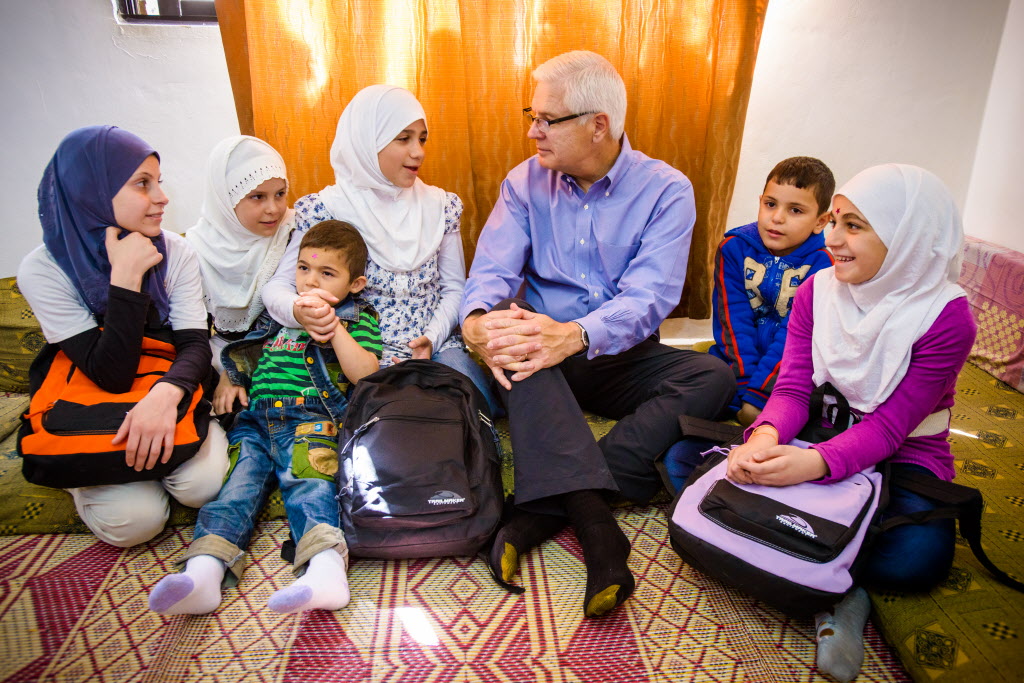 Following Friday’s attacks in Paris and the revelation that one of the attackers may have traveled along with Syrian refugees from the Middle East into Europe, I fear that these heinous acts will give us an excuse to turn away from the needs of the refugees. We have to remember that these refugees are also victims of terrorism.

Virtually all Syrian refugees are fleeing from violence and extremism. Having just been in Lebanon, the refugee families we met reject the radicalism that has led to violence, which has caused them to lose everything. They are victims, having lived alongside the perpetrators of this violence.

In the U.S. a number of leaders have suggested that we should only accept Syrian Christians as refugees and keep Muslim Syrian refugees out of the country.

This is the opposite of how Jesus called his followers to act. “Love your enemies, do good to those who hate you,” Jesus said. (Luke 6:27, 32) Syrian refugees, of course, are not our enemies. They do not hate us. But even if we thought they were, Jesus tells us to love them.

Jesus’ command goes against our instincts. We want to protect ourselves from those who might hurt us. In order to do so we may be willing to withhold our compassion from those who need it most. Yet Jesus calls us to a very different way. He asks us to love our neighbors — regardless if there may be enemies among them.

The 4 million refugees who have fled Syria are among the most love-starved people in the world. They have been forced to flee their homes. They have left family members behind, often in graves. They have left their communities. They have nothing, and where ever they go no one wants them. In Jordan, Lebanon, Turkey, and most places in the West, many Syrian refugees are mostly unwanted. What a testimony it would be if the church embraced them with open arms.