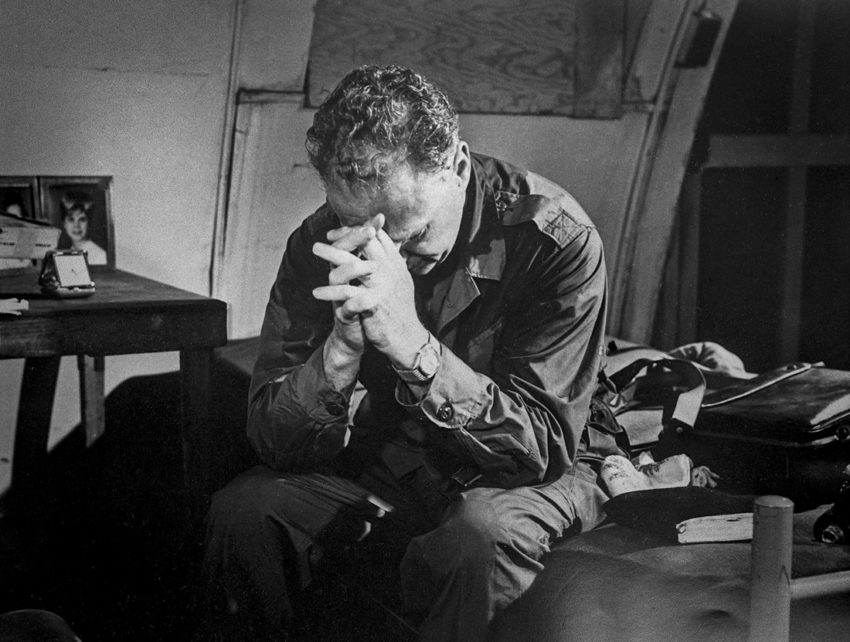 From Bob Pierce to Rich Stearns, World Vision U.S. presidents have sought the Lord’s leading and wielded their willingly broken hearts in the battle against poverty.

Bob Pierce, World Vision’s founder and first president, lived a life steeped in prayer. One story goes, he kept Billy Graham awake by praying aloud in his sleep when the two men shared a hotel room during their Korea travels. Bob used every tool available for sharing Christ — speeches, radio, television, films. But it was his initially private message that has had the most impact. Bob wrote on the flyleaf of his Bible a prayer that has become legendary, a clarion call for people who follow Christ into the hard places: “Let my heart be broken with the things that break the heart of God.”

World Vision’s second president, Stan Mooneyham, is remembered as a man of action — famous for bold moves like rescuing Vietnamese refugees in the South China Sea. But Stan was also an evangelist who believed that caring for the poor and spreading God’s Word go hand-in-hand. Here he preaches at an evangelistic gathering in Timor, Indonesia, in 1976, alongside the Rev. Petrus Octavianus. Such events furthered evangelism efforts begun by Bob Pierce and provided strong building blocks for World Vision’s ministry in Asia, which continues today.

Ted Engstrom served World Vision for nearly 20 years before becoming president from 1982 to 1987 — and continued as president emeritus until shortly before his death at age 90. As an organization leader, he consistently demonstrated his life verse, Psalms 32:8, “I will instruct you and teach you in the way you should go; I will counsel you and watch over you.” In 1981, Ted instituted Day of Prayer, an annual event on October 1 (the first day of the new fiscal year) in which all World Vision employees across the globe seek God’s teaching and counsel for the work ahead.

Appropriate for a man born in Harmony, New Jersey, Bob Seiple focused on reconciliation during his World Vision presidency. The turbulent years of his tenure saw war in the Balkans and Rwanda’s genocide, as well as hard-won peace in Southeast Asia. After visiting Cambodia in 1996 and observing the rebirth of Christian churches after Khmer Rouge persecution, he wrote, “‘The gates of hell will not prevail …’ and God has preserved his church through the incarnational witness of Cambodia’s Christian survivors.” Bob positioned World Vision to foster reconciliation there and in many other places of conflict.

In his youth, Rich Stearns promised to follow Christ no matter what. The promise came due when he gave up a Fortune 500 career to join World Vision in 1998 (a journey documented in his first book, The Hole in Our Gospel). After Rich’s former first-class lifestyle, coming face-to-face with poverty shocked and humbled him — and fuelled him to lead World Vision in taking on the greatest humanitarian crises of the time: HIV and AIDS. World Vision’s Hope Initiative mobilized churches in the U.S. and transformed programs in sub-Saharan Africa. Here he’s praying with Morgan and Jackson, Zambian brothers left orphaned by AIDS, whom Rich and his family sponsored. 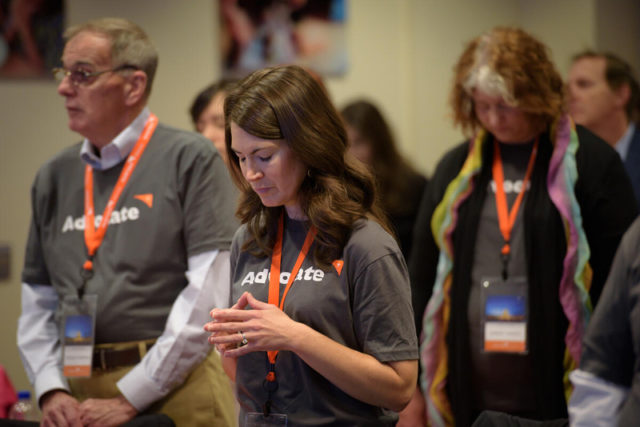