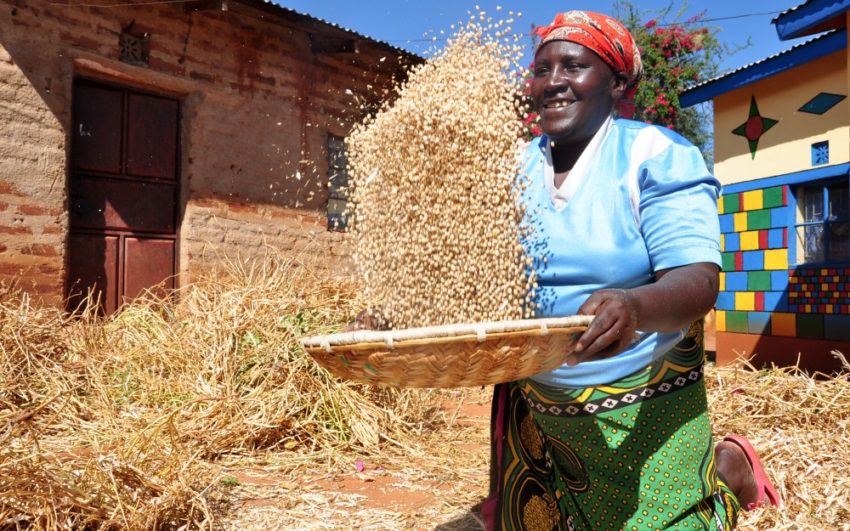 In eastern Kenya, Tabitha Mutinda has been growing maize for over three decades with disappointing harvests. "Most of the time the maize withers in the fields before harvest," she says. With support from World Vision, Tabitha now grows drought tolerant crops. (©2013 World Vision/photo by Lucy Murunga) 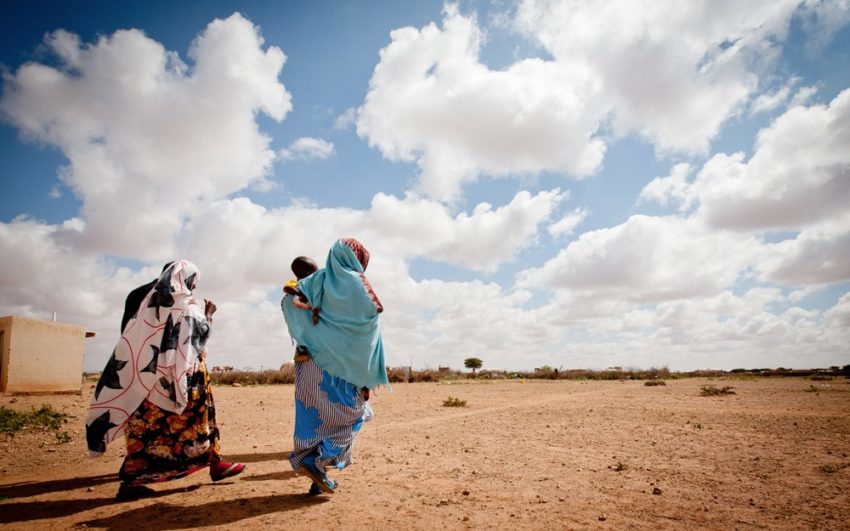 On the way home from their weekly check-up from a World Vision clinic in Somalia, Mubarak, 2, and his younger sister both learn they suffer from malnutrition. While arid conditions have improved slightly since late 2012, the situation remains fragile for millions in the region plagued by drought. (©2012 World Vision/photo by Ashley Jonathan Clemens) 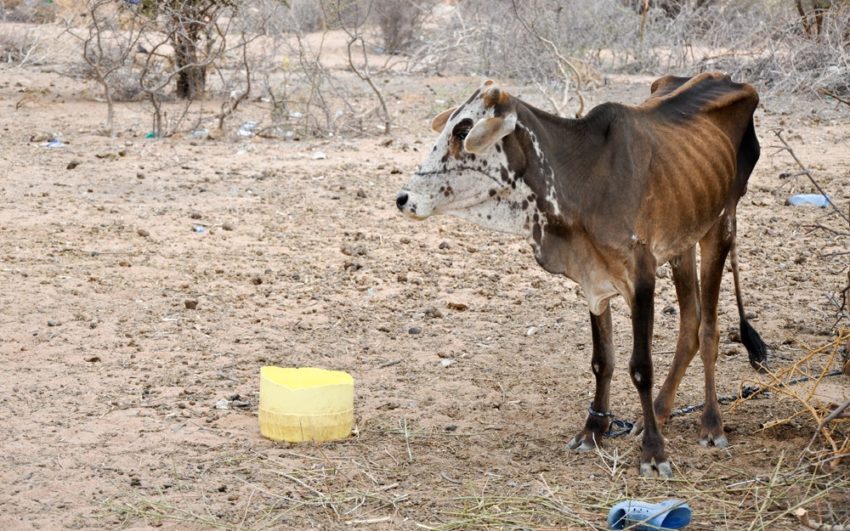 One of the few remaining gaunt cows in a drought-hit village in Wajir, Kenya. (©2011 World Vision/photo by May Ondeng)

Tabitha Mutinda and her husband, Daniel, have struggled for years to provide enough food for their family in eastern Kenya.

They’re among thousands of small-scale farmers in the Horn of Africa hit hard by the drought that in 2011 and 2012 pushed more than 13 million people to the brink of starvation. It was the worst in 60 years.

The family’s small farm failed, so they relied on food aid they received from World Vision.

“Most of the time the maize withers in the fields before harvest,” Tabitha says. She’s embarrassed her community continues to survive on outside help. “For how long though can we go on relying on relief food?”

Conditions have improved slightly since seasonal rains returned in late 2012, but the situation remains fragile for millions in the region.

Working with farmers to diversify crops

Governments and aid organizations are now shifting the focus in drought-prone regions of Africa from simply supplying short-term food aid to helping communities protect themselves from increasingly frequent dry spells.

The African continent used to experience severe drought every 20 to 50 years; four have hit various regions since 2000.

Key factors such as over-reliance on rain for crop irrigation, planting too much of one crop, and low household income contribute most significantly to a family’s ability to withstand or bounce back from drought.

We want to see that by the end of three years, smallholder farmers are able to produce enough food for consumption.—Ashton Kilugha, a World Vision coordinator

World Vision is working with about 1,600 farmers in eastern Kenya to help them learn how to diversify their crops, when to plant for optimum yield, and how to dry and store seeds and surplus stocks.

The organization supplies them with a variety of drought-tolerant, disease-resistant seeds — like cowpeas, millet, and sorghum — providing a healthy start on the path to improved crop yields, nutrition, and increased family income.

“We want to see that by the end of three years, smallholder farmers are able to produce enough food for consumption at the house, and they are able to sell the surplus at a profitable income,” says Ashton Kilugha, a World Vision project coordinator in Kenya.

From seeds to sending children to school

Tabitha has been growing maize for years, but her yield keeps dwindling. She doubts there will be enough to adequately feed her family. Though her half-acre of maize is withering, the mung beans are flourishing because of the December rains.

When the harvest comes, Tabitha and other farmers in her community will contribute some of their seeds to a seed bank, so they and other struggling farmers have something to plant next season.

As crop yield increases, Tabitha may be able to sell her surplus at the market and potentially invest in equipment or pay for household needs.

“I am certain in my heart that we will produce enough food and never have to go back for relief food,” Tabitha says. “I want to see all my children successfully complete school.”

Between July 2011 and January 2013, World Vision directly helped more than 2 million people in Kenya, Ethiopia, Somalia, and Tanzania, through food and nutrition assistance, water, sanitation, and hygiene initiatives, shelter and household materials, and programs to improve livelihoods and agricultural production.

Lucy Murunga of World Vision’s staff in Kenya contributed to this article.