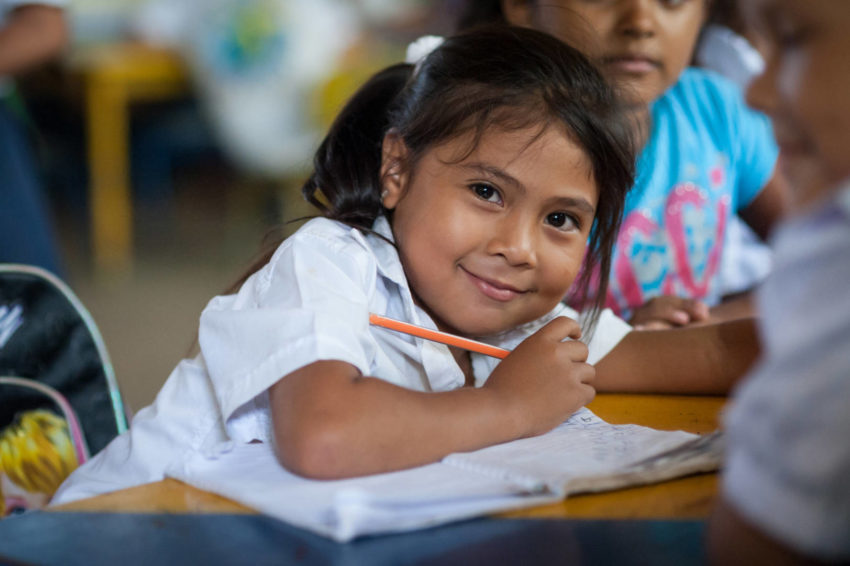 Five-year-old Dayana Marcado Narvaez thrives at her preschool in Cocibolca, Nicaragua. Standing on the sidelines cheering her on is her father — her biggest fan.

Dayana’s teacher glows as she tells Miguel what a great student his daughter is. “I feel really proud of her,” says Miguel. As a sponsored child, Dayana is on an educational path that wasn’t open to him in his childhood.

In Nicaragua, as in many countries, lack of education isn’t just a children’s issue. Children who don’t attend school grow up to be adults without basic education, which impacts their ability to hold a job or provide for their families.

Miguel knows the frustration of struggling to afford food and other basic necessities for his wife, Maria, and their children. He was forced to drop out of school in third grade to work. His parents “were not interested in having education for me,” he says, because they needed the money he earned working in the fields.

Miguel’s lack of formal education has had lasting effects — for him and his family. Though education laws in Nicaragua have changed for the better, most employers now require proof of primary school completion.

Without this document, Miguel must make a living however he can. He works as a farm laborer, sells bread that his brother-in-law bakes, and, when times are especially tough, leaves his home and family for two or three months at a time to work on sugarcane plantations in neighboring Costa Rica.

But life will be different for Dayana and her brother, Jimmy. Dayana has been sponsored through World Vision for three years and has received school supplies and encouragement in her studies. Her mother attends a World Vision-run nutrition workshop, ensuring that Dayana is healthy enough to stay in school.

Miguel and Maria expect big things from Dayana, too. “I really hope all I was not able to fulfill, that she can do it,” says Miguel. “That’s really important.” He has enough knowledge to help Dayana with her homework each night. “She doesn’t know all the numbers or vowels yet,” he says.

Miguel isn’t resigned to odd jobs and barely scraping by. He plans to take night classes toward his primary education certificate. At the end of the yearlong program, he’ll “get a diploma and at least find a new source of a job,” he says, such as steady work as a security guard.

As Dayana continues in school, supported by her sponsor, she, her father, and brother are setting a new family standard to embrace formal education — one that benefits them today and for generations to come.

Eugene Lee and Elizabeth Hendley of World Vision’s staff in the U.S. contributed to this article.

Help kids worldwide build a strong foundation for the future. 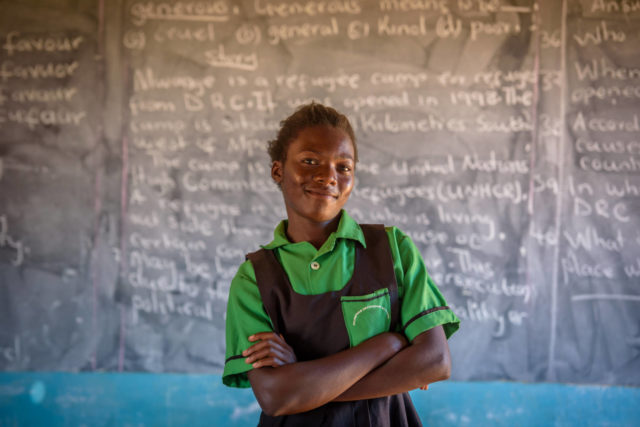