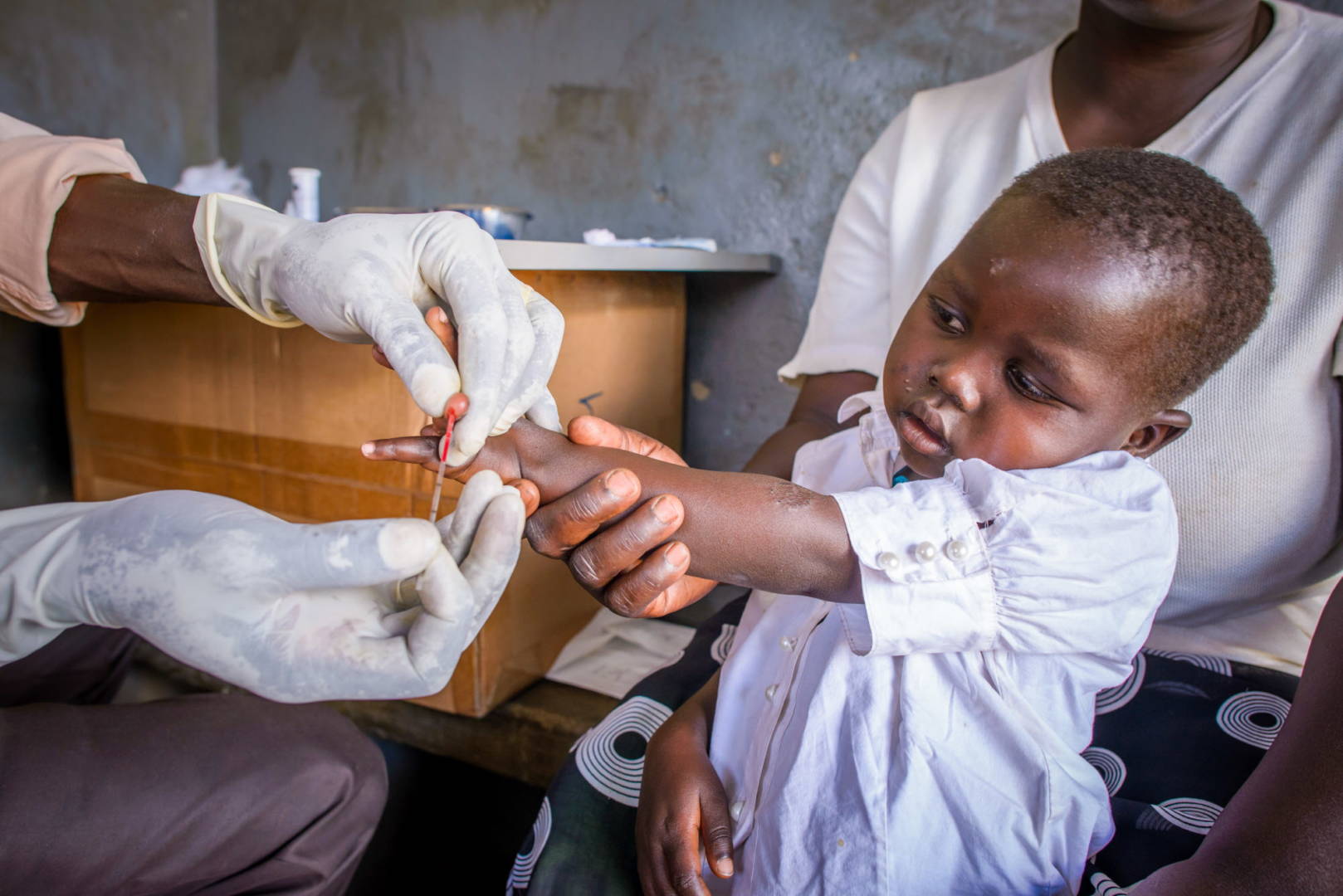 A nurse draws blood from patients so they can be tested for HIV at a clinic in Soroti, Uganda. Easier access to testing, counseling, and treatment has helped Uganda reduce the number of new HIV cases in children by 86 since 2009. (©2014 World Vision/photo by Jon Warren)

Imagine the horror of finding out you gave your newborn baby a disease that may kill her. Today, hundreds of thousands of women in sub-Saharan Africa thankfully won’t know what that feels like.

On World AIDS Day, Dec. 1, families and health workers are celebrating that child HIV rates dropped 60% between 2009 and 2015 in 21 countries in sub-Saharan Africa. This is great news because it shows efforts are working, says Gloria Ekpo, World Vision’s HIV and AIDS specialist.

“Several years ago, as a physician practicing in a busy maternity ward in a hospital in Africa, I had pregnant women in my care who were HIV-positive and without hope of survival,” Gloria says.

Six years of progress against HIV

The United Nations AIDS organization detailed in a new report the results of the 6-year global plan to eliminate new HIV infections among children and keep their mothers alive.

More than 90% of children who contract HIV get it from their infected mother while in the womb, during birth, or while breastfeeding. The 21 targeted countries accounted for the vast majority of people living with AIDS globally.

In six years, those countries helped 1.2 million children avoid HIV infection. More than 2 million more pregnant women have started receiving life-saving antiretroviral therapy, which can hold the virus at bay and prevent them from developing AIDS. Contracting HIV no longer is a death sentence because treatment is more effective and readily available.

Among the greatest gains made were in Uganda, where public health workers and families reduced new HIV infections among children by 86%. South Africa and Burundi both reduced infection rates by 84%.

Seven countries reduced HIV infections among children by more than 70% since 2009:

The 14 other countries reduced new HIV cases among children by between 21% and 69%.

Gloria and fellow World Vision health workers throughout Africa play an ongoing role in this achievement as they walk with patients and community leaders to bring hope to HIV and AIDS-affected families.

Efforts focus on helping pregnant women with HIV understand their situation and get the treatment they need. It not only helps them recover their health, but it protects their babies from contracting the disease.

World Vision partners with governments to influence healthcare policy and with schools to promote HIV and AIDS awareness. Other staff partnerships assist community care providers to maintain relationships and monitor care and church leaders to reduce stigma and help lead a community response in supporting those suffering from the disease.

While these countries have made monumental progress, the work continues. Still more than 100,000 children are newly infected each year.

Help care for children and families whose lives have been forever impacted by HIV and AIDS.

2014 Ebola virus outbreak: Facts, symptoms, and how to help