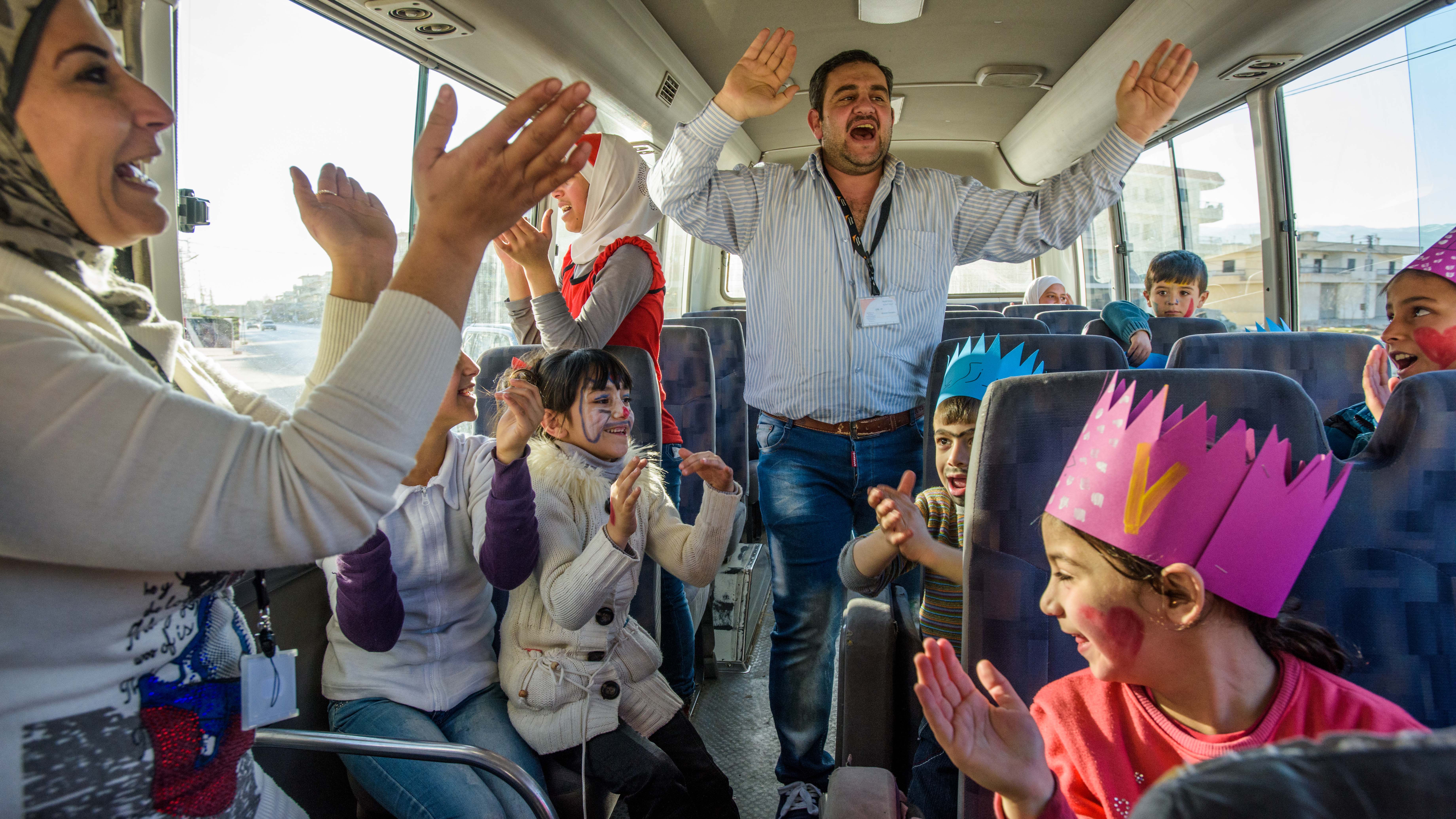 Mohammed, a loving father and Syrian refugee, on the bus ride home from classes at the Child-Friendly Space and early childhood education center in the Bekaa Valley in Lebanon. (©2016 World Vision/photo by Jon Warren)

Mohammed loves his daughters like life itself, but he also asked God to give him a boy. In so many ways, his life had been blessed, and he wanted to share it with a son.

That was back in his home village in Syria near the Lebanese border. Before the civil war began, it was a beautiful place. Mohammed, now 33, was a beloved teacher. He also operated a clothing store and grew apples in an orchard he had planted with his own hands. His businesses prospered.

His family lived in a large house. The girls had their own TV room and a computer.

More than wealth, what Mohammed wanted to share with a son was the rich heritage of his home community.

“There was a mix of tribes and religions, but the same tradition and culture,” he says. “Sunni and Shia, we prayed in each other’s mosque. When a Christian died, we all went to church to the funeral. We shared the same spirit. I pray to God my children will see those days again.”

A way of life under siege

In 2011, militants closed the school where Mohammed taught. The regime began bombing. By 2013, “I felt like I was going to die,” Mohammed says.

The family stayed through a siege; then the battle started.

“Bombs hit my shop, and it burned,” he says. “Bombs hit my house, but they didn’t explode. I was holding my daughters when it happened.”

The family fled on foot with what little they could carry. They stayed off the roads until they were far enough away to hire someone to bring them out by car.

They lost everything, but “what we have is enough,” Mohammed says. “We are safe.”

Then came Aboudi, Mohammed’s son. A blessing and a surprise.

Aboudi, 2, was born in Lebanon. He never saw his father’s apple trees or his sisters’ playroom. He learned to crawl and took his first tentative steps in the one room where they all sleep.

“There are three families in 500 square feet,” Mohammed says. It’s damp and unhealthy and especially hard on Aboudi, who has asthma. The children have little room to play, and there’s no privacy.

“It’s bad for our lives and the children’s personalities to live in a dull, cramped space with no outdoor place to play.”

Making the best of any situation

While his wife runs an errand, she drops off their son at the Child-Friendly Space for Syrian refugees where Mohammed works. In Syria, Mohammed taught first and second graders. Now he leads activities for 9 to 12-year-olds who’ve escaped the war but not its lasting effects.

In a long hallway of the Child-Friendly Space, Mohammed stands the boy on his feet and taps a soccer ball toward him with his foot. Steadying himself, Aboudi leans over from the waist, picks up the ball, and throws it.

Without saying a word, Mohammed kicks the ball, then bounces it with one foot and the other before rolling it toward Aboudi again. Very deliberately, Aboudi picks it up and throws it.

Mohammed grins. No words, no hands, more fancy footwork. After a few more tries, when the ball rolls to Aboudi’s toes and stops again, he hesitates — and kicks.

Fatherhood has its joys and triumphs, even in the middle of a refugee camp. 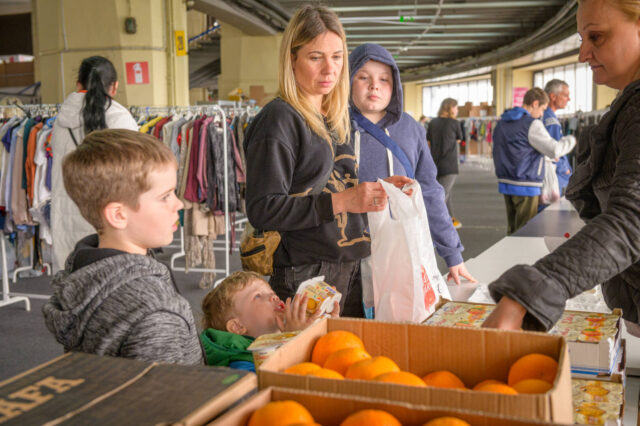 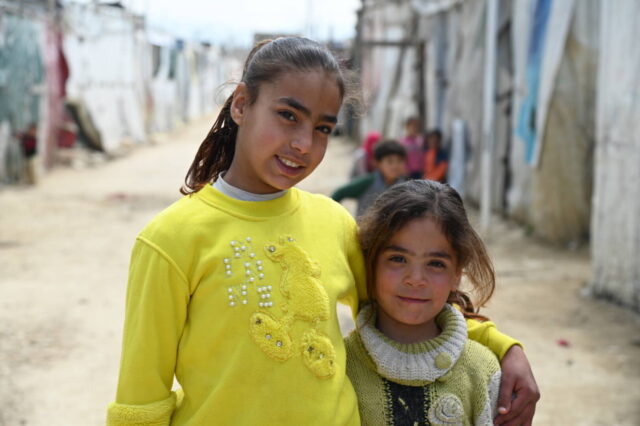