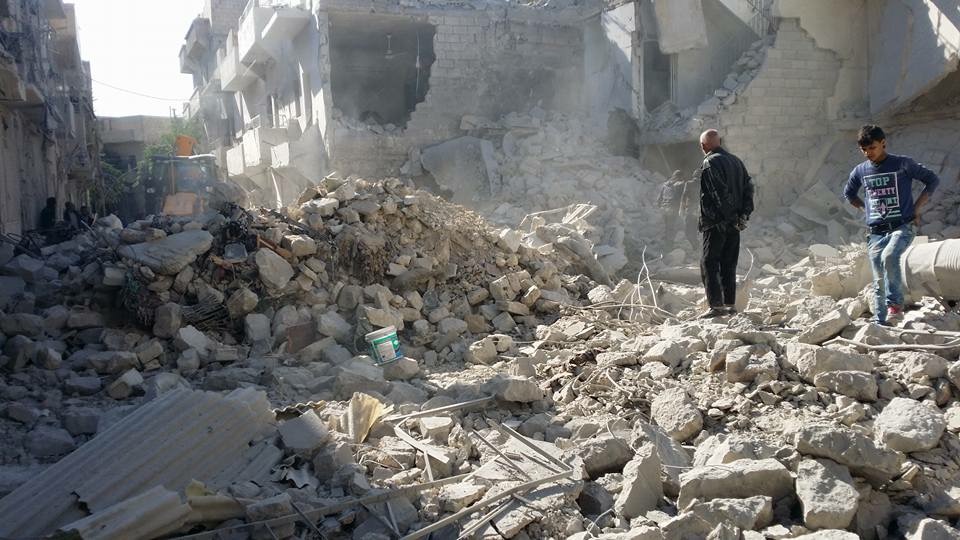 Residents stand among the destruction in Aleppo. (©2016 photo courtesy of Hand in Hand for Syria)

The city of Aleppo, once the largest city in Syria, was home to mosques and minarets, old bazaars and marketplaces, and 2 million people. Take a photo tour of the city before Syria’s civil war began.

They’re a stark contrast to what photos of eastern Aleppo look like now: 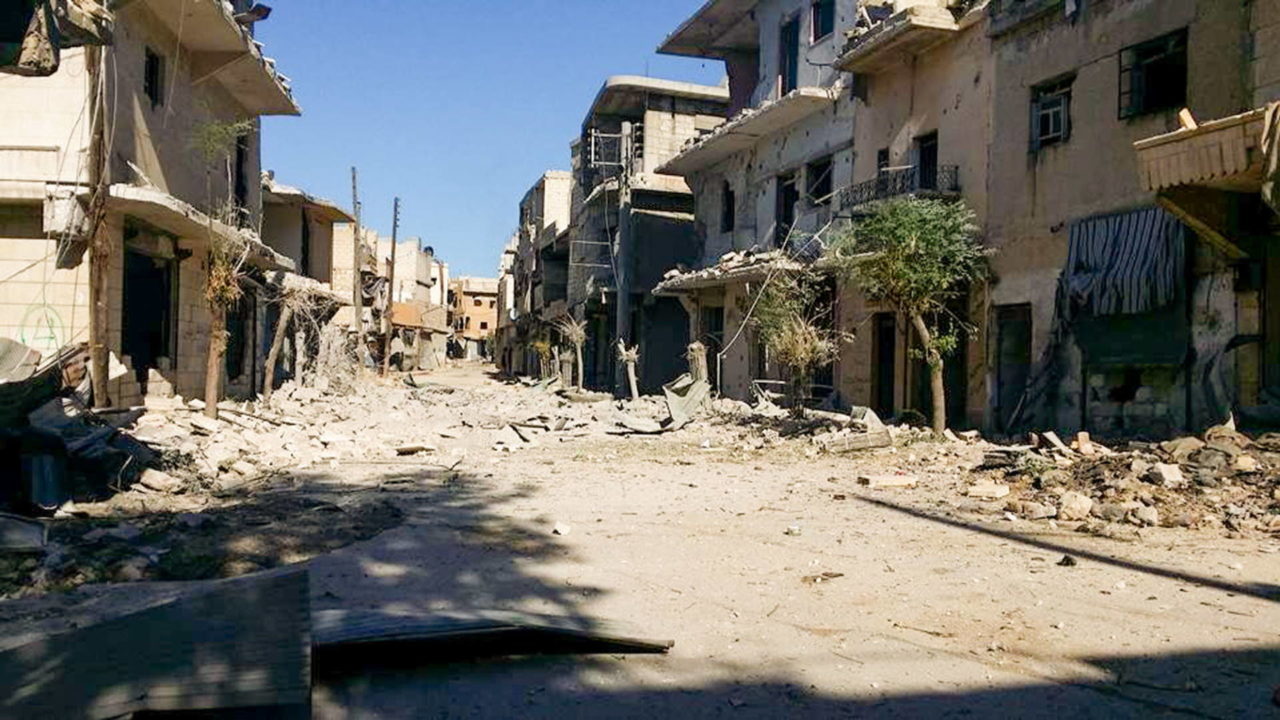 The vibrancy of that old city is long gone — replaced by empty, bombed-out, ghost-like streets, the result of five years of civil war. (©2016 photo courtesy of Hand in Hand for Syria) 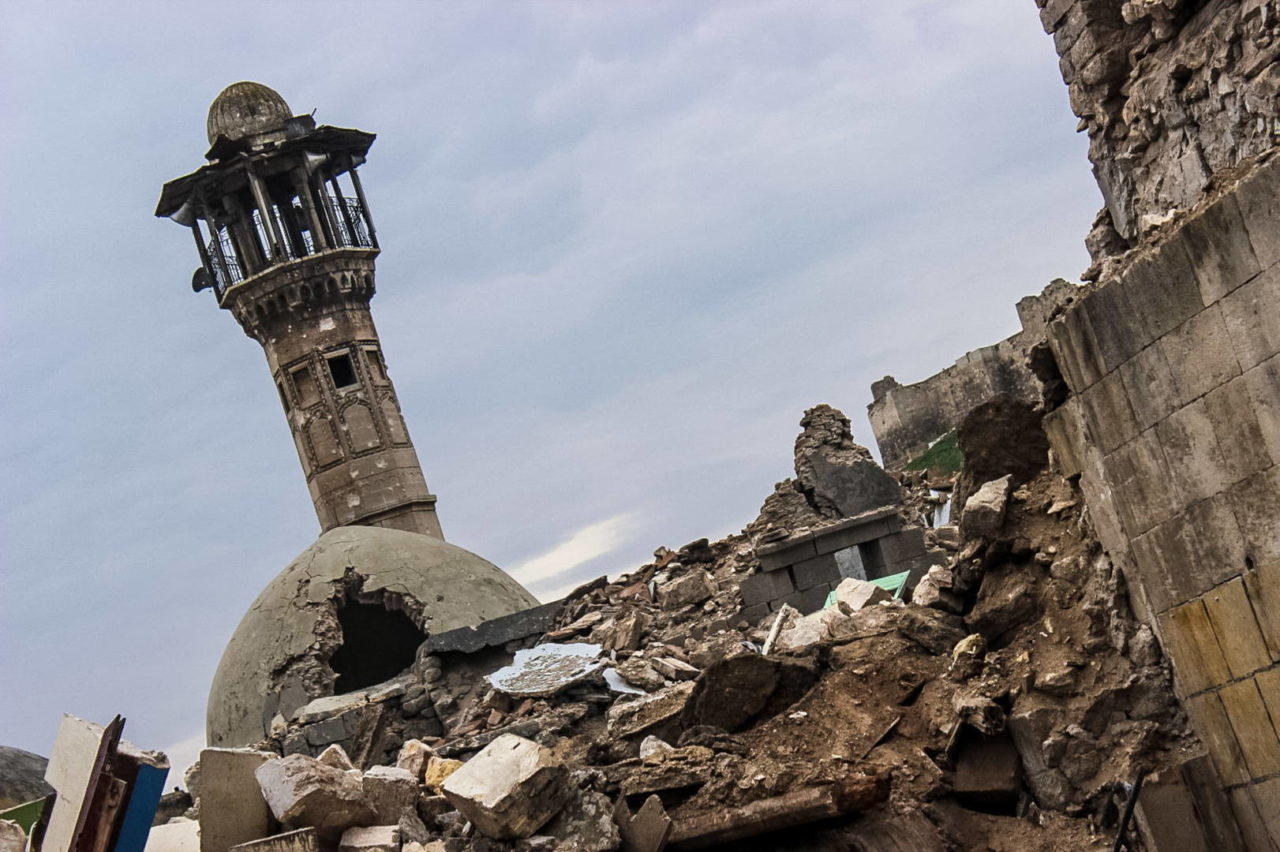 Aleppo’s landmarks dating back centuries scar the city’s proud reputation as a beacon for Middle East history. (©2016 photo courtesy of Hand in Hand for Syria) 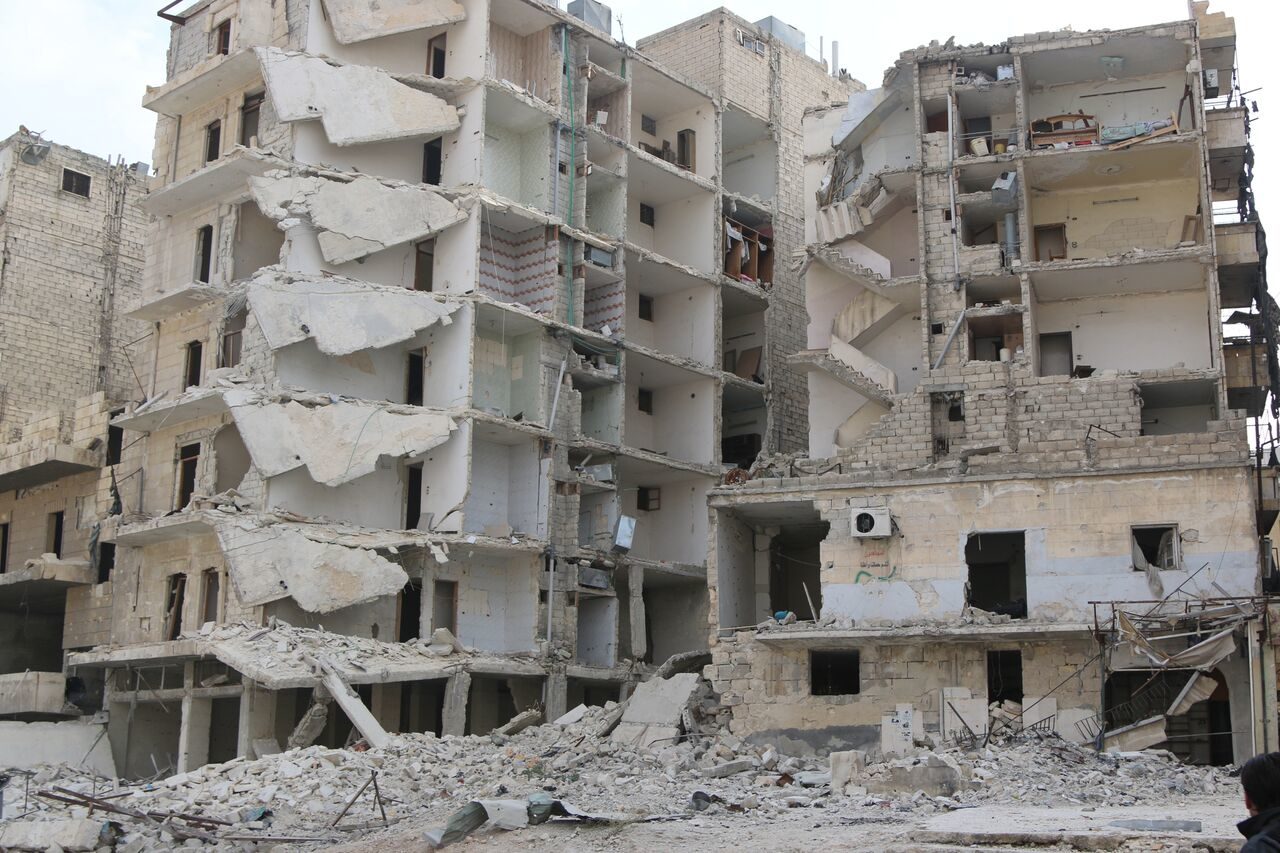 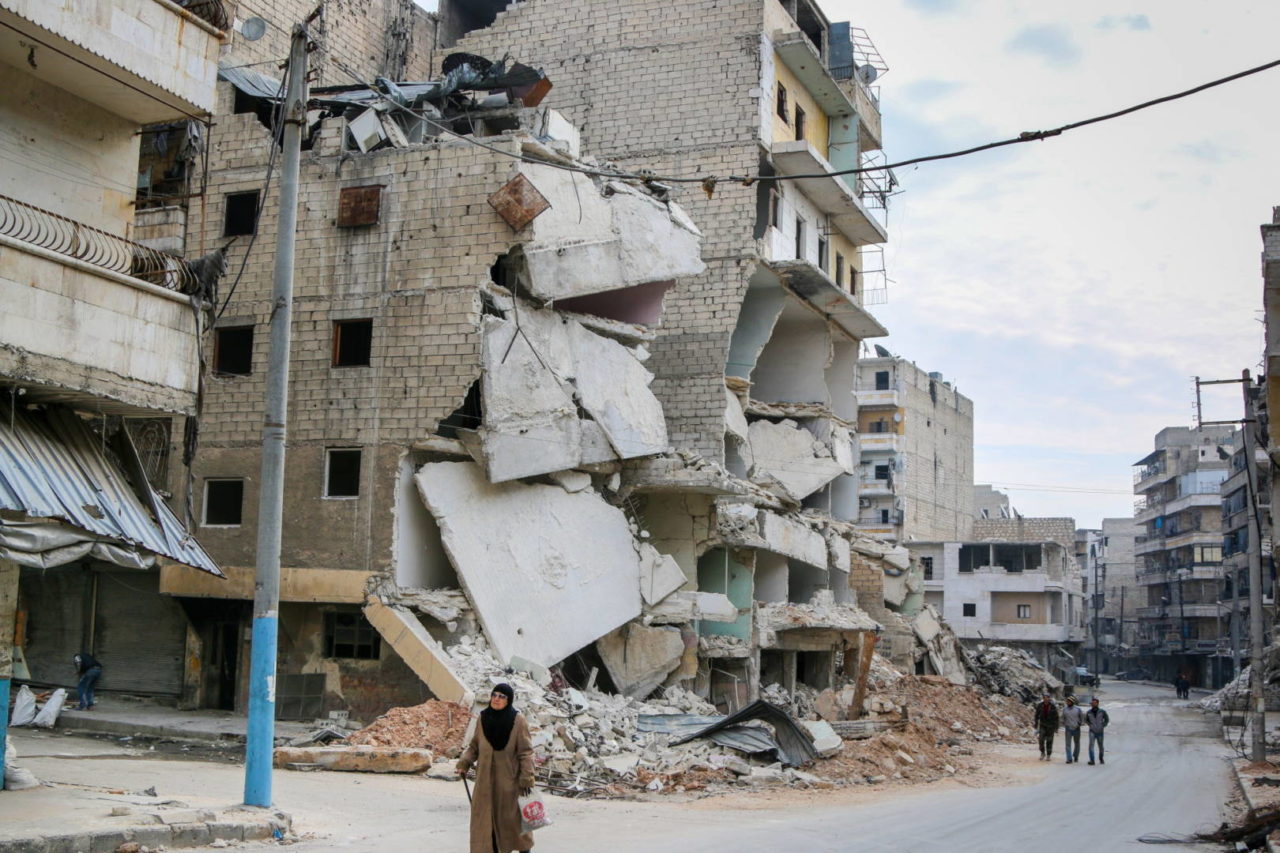 Buildings and walls hang precariously, much like the lives of people who once lived in eastern Aleppo. (©2016 photo courtesy of Syria Relief)