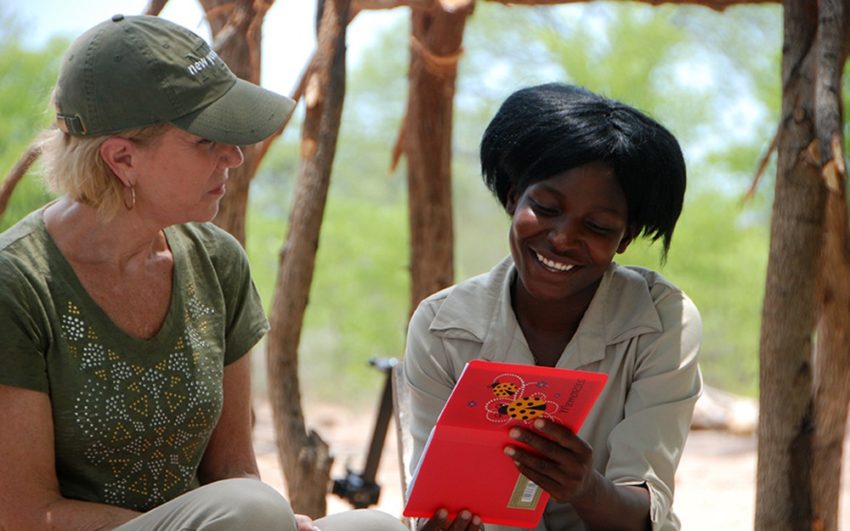 Some of my earliest memories are of my father, World Vision founder Bob Pierce, standing before a crowd and challenging them to let their hearts be broken by the need of a single child. “The need is so big, it is easy to turn away, feeling that you can’t possibly make a difference,” he used to say. “But while you can’t do everything for everybody, you can do something for a child who needs you — and what you can do, you must do!”

And the people would respond, flooding to the child sponsorship tables.

These happy ‘coincidences’ have happened enough times to lead me to the conclusion that sponsorship is far from a random act of charity.

Today, I have the privilege of telling the stories of the children I have met and the needs I have seen, much as my dad did. Like him, one of my greatest joys is watching people come to the sponsorship table afterward to search for the little face that touches their heart.

In the beginning, I have to admit, I thought this was a random process. After all, every precious child on the table needed a sponsor. But over time, I began to suspect an amazing truth.

Someone would come to the table and ask for a child of a certain gender and age, from a specific country, with the same birthday as their own child or grandchild. The first time this happened I panicked, praying that among the limited folders on the table we would find a child suitably close. But to my amazement, a quick search produced the exact child requested, as if God had planned this happy family reunion.

These happy “coincidences” have happened enough times to lead me to the conclusion that sponsorship is far from a random act of charity, but rather a very specific act of divine matchmaking. Psalm 68:6 says, “God sets the solitary in families” (NKJV).

When you allow your heart to be touched by the suffering of a child, it isn’t hard to believe that the same God who numbers the hairs on their heads would take the trouble to carefully “set” these children in specific families, chosen just for them.

And of course, the matchmaking goes both ways.

Many years ago, my sister, Robin, gave birth to a stillborn baby boy. We all grieved the loss of little Justin. A few months later, my mother felt led to ask World Vision for a new child to sponsor. She gave no specifics other than that she wanted a boy. When the new sponsor packet arrived, tears filled her eyes as she thanked God for the special gift: a little boy from an African nation named Justin.

Being human, I am still occasionally tempted to dismiss these events as coincidental. But then God reminds me of a story I heard a few years ago. Phyllis Lindsay was manning the sponsorship table at a World Vision Artists concert. A woman named Margaret approached her with a puzzled look, holding out a picture folder and asking, “What is this child’s name?”

When she saw the name, Phyllis immediately understood the woman’s confusion. She explained that, sometimes, developing-world mothers use unusual English words for names. This child’s name was Obvious.

Margaret went home with a new child to love and a great story to tell of how God had set this solitary child in her family.

SEARCH FOR ANOTHER CHILD

Sponsoring a child is a personal way to show God’s love to a child in need. You’ll help that child and their community to stand tall, free from poverty.