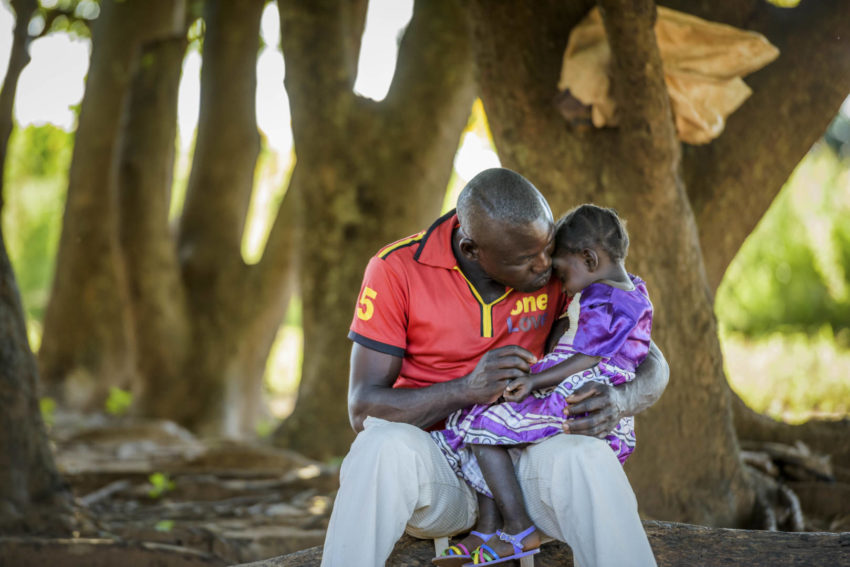 This Father’s Day, we bring you nine fathers around the world who make what we do here at World Vision possible — by choosing to be game-changers in the lives of their own children.

They show up by supporting their kids’ pursuit of education no matter what the cost, by learning new skills to make a better life for their family, by daring to turn away from cultural tradition in favor of gender equality. And, as captured so beautifully in the photo above, they show up by slowing down and simply loving their children.

To fathers like these around the world, we wish you a very happy Father’s Day. Thank you for making the world a better place for all children.

In Yamaranguila in western Honduras we meet Hector and his 16-year-old daughter Janeth, picking coffee beans together on their farm.

“I have a great father who supports me,” says Janeth, a World Vision sponsored child. “Most parents don’t have economic resources to send children to school.”

In 2013 both Hector and Janeth joined a community savings group called “Looking for Prosperity.”

Through the savings group, they have been able to take out loans to kick-start their coffee farm. Today the family enjoys sustainable economic stability, and Janeth gets to pursue her dream of becoming a nurse.

In eastern Uganda, little Remigio settles comfortably in the arms of both his life saver and his father, Vincent Kakooza.

When Remigio was 6-months-old, he came down with a vicious fever in the middle of the night. “He was sweating; he was crying,” shares Vincent. But because Vincent chose to be trained by World Vision to become a community health worker, he not only knew what was wrong with his son, but how to treat it. He tested the baby for malaria, and the blood test came back positive.

“I got out the malaria medicine and gave it to him immediately. By morning his temperature went down. He stopped sweating. He stopped crying. I was overjoyed.”

Outside their home in Sri Lanka, Christopher, 31, helps his daughter get ready for preschool in the morning.

After choosing to join the Men Care project in his community facilitated by World Vision, Christopher shares that his idea of parental roles were turned upside-down.

“The sessions changed my whole perspective on marriage and family,” he says. “I used to think that caring for the children is solely a woman’s responsibility.”

Today he is fully engaged in the lives of his children — and delighted by perhaps the greatest surprise of all: “I didn’t know being involved in their lives could be so rewarding,” he says.

Now, instead of going to the local bar after work, most evenings Christopher now spends at home with his wife and children, helping his wife with chores and his kids with homework and play. “I help my daughter with her crafts or any other work she’s brought home from preschool. Then I put on some music for her to dance. She loves to dance,” he smiles.

In the heat of civil war, 48-year-old Raad Behnan, his wife, and four children fled their village in Qaraqosh, northern Iraq. On the road to safety, they had to give up their car at one of the checkpoints and continue on foot. Marlien, Raad’s eldest daughter, is disabled and could not walk the rest of the way.

For this loving father, there was only one choice: Raad carried his 13-year-old daughter to safety — to the Kurdistan Region of Iraq.

13-year-old Asha grins as her father Mrindwa Manento takes her for a ride on his shoulders around their homestead in Makindube, Tanzania.

Mrindwa’s life as a farmer and as a father was transformed when he became a chair of World Vision’s Securing Africa’s Future project. While learning how to become a better steward of his land, he also learned how tame his lion-like temper.

“’Celebrating Families’ transformed my life,” he says of the World Vision curriculum. “I learned that as a father, I shouldn’t be like a lion. We should reduce our anger. Before, if I had a misunderstanding with my wife, I would just be quiet. But it would build and we’d quarrel. It is better to discuss and forgive. I learned not to be angry with my children. I now involve family members in all discussions. I read the Word of God with my family.”

Me Me Kyaw cuddles up to her grandpa, U Chit Maung, as he feeds her a nutritious snack at World Vision’s Early Childhood and Care Development center in Thabaung, Myanmar.

U Chit Maung — who has buried four of his five children — knows malnutrition kills. When his daughter died she left her 2-month-old infant daughter, Me Me Kyaw, in her father’s care. Living on $1USD a day, U Chit Maung could barely provide enough rice for his family, and Me Me Kyaw quickly became severely malnourished. When a World Vision Thabaung volunteer heard of the child’s need, she invited U Chit Maung to bring the baby into the ECCD center where 27 children are fed daily.

Determined not to lose another child, U Chit Maung has never missed a day. Me Me Kyaw is now thriving and her community is learning about the food children need to survive the scourge of malnutrition.

In Nyaruguru, Rwanda, 4-year-old Claire runs up and gives her adoptive father Vedaste, 56, a big hug. Claire is the child of a single mother in the neighborhood who struggled to provide food for her. She was severely malnourished, but not anymore thanks to Vedaste and Beata’s provision.

Upon returning to their home after the Rwanda genocide, Vedaste, Beata, and their growing family learned what it means to be hungry. Through agricultural support from World Vision, they were able to turn their struggles into sustainable success, enabling them to not only care for their own nine children, but to adopt Claire into their family as well.

5-year-old Krishna laughs hysterically as her father Ram Shankar tickles her with one hand and measures her upper-arm circumference with the other. The band reads green — a sign that Krishna’s weight is perfectly healthy. Not long ago, that was not the case.

The concerned father wasted no time stepping into action. He enrolled his daughter in World Vision’s Urgent Management and Action for Nutritional Growth program. “The child’s weight started increasing,” he shares. “We were educated in the program about healthy eating habits … We were also given kitchen gardening seeds. Now we have access to green vegetable in our own backyard.”

Justine sits patiently as his 3-year-old daughter Ronester pretends to comb his hair. The sweet pair is also pictured in the featured image above.

In 2016 World Vision journalists traveled to Moyo, Zambia, to capture the story of Rosemary — a 9-year-old girl whose life has been transformed through Gift Catalog goats and child sponsorship. Rosemary captured our hearts with her joyful smile and dream of becoming a chef.

And her father, Justine, stole our hearts through the simple act of slowing down and giving his children perhaps the greatest gift a father can give: his time.

Partner with fathers around the world by becoming a child sponsor.

Life frames: Our favorite photos of 2019 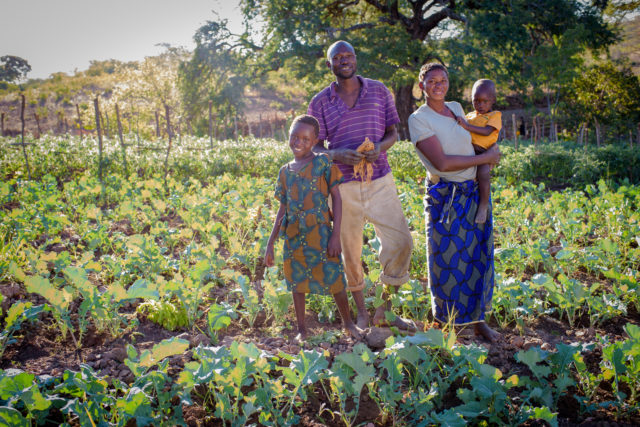