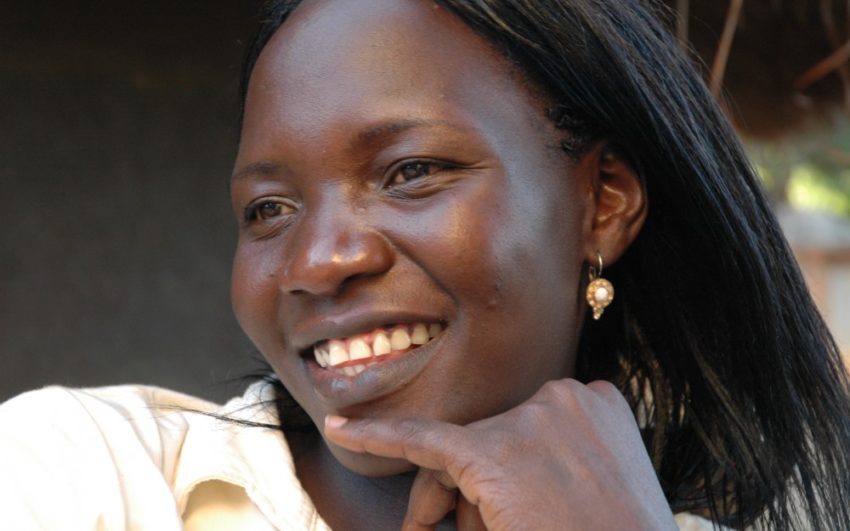 I was just in Gulu, Uganda, a place made infamous by Joseph Kony and the Lord’s Resistance Army.

From the 1990s until 2006, Kony made life a living hell in northern Uganda, abducting children — both boys and girls — into his army. The boys he forced into fighting; the girls he made their “wives.”

Driving into Gulu, I felt uneasy.

I hadn’t been there for eight years. The last time was in March 2006. Things looked familiar but not quite the same. Peace had brought life back to Gulu. Many roads are still unpaved red dirt, but new buildings have fashioned a different skyline.

World Vision photographer Jon Warren and I drove to the Children of War center, once so busy, filled with survivors who had escaped Kony’s army and needed to heal, physically, mentally, and spiritually.

We recognized the place where Noah’s Ark used to be — a center for children to sleep each night, safe from Kony’s clutches.

We drove past a place where I didn’t want to go, the restaurant where my friend Margaret Alerotek, a World Vision communications staff member in Uganda, had taken her last meal.

Margaret had worked with us in 2006 and became a close friend.

She stayed with my family in the United States the next year and formed a bond with my daughter, Claire. For a school concert one night, Margaret styled Claire’s hair. Claire was the only third-grader that night with 17 African braids springing forth from her Italian/Scandinavian head.

In July of that year, I received the most awful email ever. Margaret had been poisoned. She’d collapsed at a restaurant in Gulu after drinking juice she’d bought inside. Her killer was never found.

When a family member or dear friend dies, a little part of us dies, too. That happened with Margaret’s death. She’d been a beautiful angel on earth, as you can see from her picture. I remember feeling that moment that I was photographing someone who wasn’t quite of this world. She was ethereal.

Just last Friday, I was out in Gulu once again covering stories for World Vision.

It was hot. It was dusty. We worked straight through lunch, trying to do as many stories as possible. I felt weary.

At one house, we met a family who’d survived Kony’s regime by moving to one of the many camps in Gulu.

While they lived in the camp, Kony’s soldiers occupied their home. When the soldiers left, they’d burned it down. Kony’s men had abducted their oldest daughter. She’d later escaped but was forever altered.

Still, the family had such joy, much of it due to a sponsor in the United States named Susan. They said Susan’s name like she was their sister or a favorite aunt. Susan had done so much for this family. Thanks to her sponsorship and extra gifts, all of the children were able to go to school. The house was in beautiful condition. The family was moving ahead.

In Uganda, sponsorship — combined with World Vision’s Campaign For Every Child — is changing the landscape for a people in need of fresh hope. I witnessed work in child protection and health, funded by caring donors — programs that are saving lives daily.

It was late in the day. The sun was beginning to sink low in the sky.

I was sinking too, losing my energy to ask questions. And then, I thought of Margaret. Margaret had been sponsored. A sponsor like Susan had given her the chance at an education she might not have otherwise had. I had to stay strong for Margaret.

And so I did, asking questions, recording quotes, and listening to story after story of transformation.

With Margaret in my heart, I could go on.