As the passengers walk off the boat that just crossed the Mongla River, 11-year-old Babu Matubbar and his brother, 7-year-old Sabbir Matubbar, race after them, offering to carry their bags and packages for a small fee. Some accept, and the small boys hoist the goods — often heavier than their own tiny frames — above their heads.

“It hurts when I carry things on my head,” Sabbir says. “It’s too heavy.”

Sabbir was one of the youngest boys who worked as a porter in Mongla, the main seaport in the Bagerhat district of southwestern Bangladesh. Instead of attending school, the boys clamored for money to support their family. Their 9-year-old sister, Sumaiya Akter, often helped them earn money by picking up trash between carrying loads. For every plastic bottle the siblings collected, they received 2 taka (US 2 cents). Sumaiya watched their goods while the boys scoured for bottles. And when Sumaiya wasn’t helping her brothers, she worked as a housemaid.

The boys often worked for 13 hours a day to make about 80 taka a day (US 95 cents). Sometimes they worked so late that it became dangerous to cross the river and make the journey back home.

Instead, they would sneak into one of the parked buses, remove seat cushions to spread across two seats, and sleep on the bus. Men would break into the buses to rob and even physically hurt the boys.

“It is safe to sleep at home but not on the bus,” Babu says.

Because of Sabbir’s age and size, he was often a target for some of the older children. He says, “The older boys beat me because I carry goods and they lose money.”

But even his older brother got hassled. Babu often helped bus drivers wash their buses while they waited for passengers coming across the river. For his efforts, he received 50 taka (US 59 cents), half of what older boys would earn — but men in their 20s would approach him and demand half. Babu says, “If I don’t agree, they will beat me.”

On one occasion, an older boy cut him with a blade. He says, “It was very painful, and I was bleeding, and my mom took me to a doctor.”

That doctor visit cost his mother, Bilkis Begum, 2,000 taka (US$24). Sumaiya fell 8 feet off of a bridge once while she was working, and that visit cost the family 4,000 taka (US$48). Bilkis was working 15 hours a day collecting and boiling eggs and then traveling to a popular national park to sell the eggs to hungry tourists. Any eggs she couldn’t sell, local hotels would buy.

“It is very hard for me to afford them food,” Bilkis says. “I try my best.”

She struggled to provide for the children ever since her husband left the family, and she often went without food so her children could have a meager meal. She says, “Sometimes I starved and borrowed money from neighbors.”

So when the children would get hurt working, as they often did, medical bills meant she had to borrow from others to cover the costs.

Babu and Sabbir longed to go to school instead of work. Babu was the only child in the family who had attended school at all. Sabbir and Sumaiya had never even been enrolled.

To help that effort, World Vision opened a Child-Friendly Learning and Recreation Center (CFLRC) in 2017. The center helps children have a safe place to learn and play while reducing work hours and helping them catch up on their education with the hope of enrolling in formal school. To encourage parents to allow their kids to attend the center instead of work, World Vision provides financial support for better economic opportunities and training.

Babu and Sabbir were selected to attend the center when it first opened. Bilkis knew the family needed the boys’ income, but she really wanted her children to go to school, so she agreed. She says, “It was a tough decision for me to have Babu and Sabbir stop working and enroll them in World Vision’s CFLRC.”

To help compensate for the family’s drop in income, World Vision provided some basic commodities for Bilkis to set up a small grocery stand. She now earns about 500 taka (US$5.92) a day. Through wise investing, she’s been able to grow her product offering from only nine items to about 30. With the income increase, the family now has enough food to eat each day.

Even more encouraging, at the CFLRC, Babu and Sabbir learned many new life skills about self-confidence, how to make decisions, and better ways to communicate. The new skills have helped them learn how to manage their lives.

Most importantly, they learned that school should be their top priority, and they received catch-up education. World Vision provided school supplies, uniforms, and school fees — common barriers for many families sending their children to school — so with that help, the boys were then able to begin attending formal school.

“I’m so happy that both my boys, Babu and Sabbir, are withdrawn from hazardous work and enrolled in formal schools,” Bilkus says with great joy.

As for Sumaiya, she’s no longer gathering trash and working as a housemaid; she’s helping her mother with the grocery stand but still not attending school. The family hopes that she will be able to also catch up and attend too. If she follows in her brothers’ footsteps, that should become reality in the near future.

George Sarkar of World Vision’s staff in Bangladesh contributed to this article.

Every child deserves to be safe. Help keep a child safe. 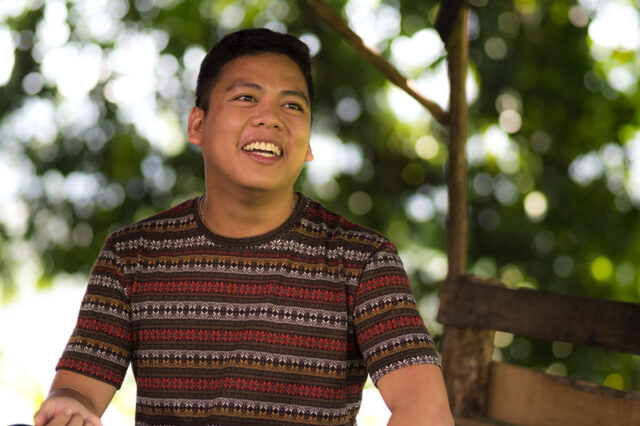