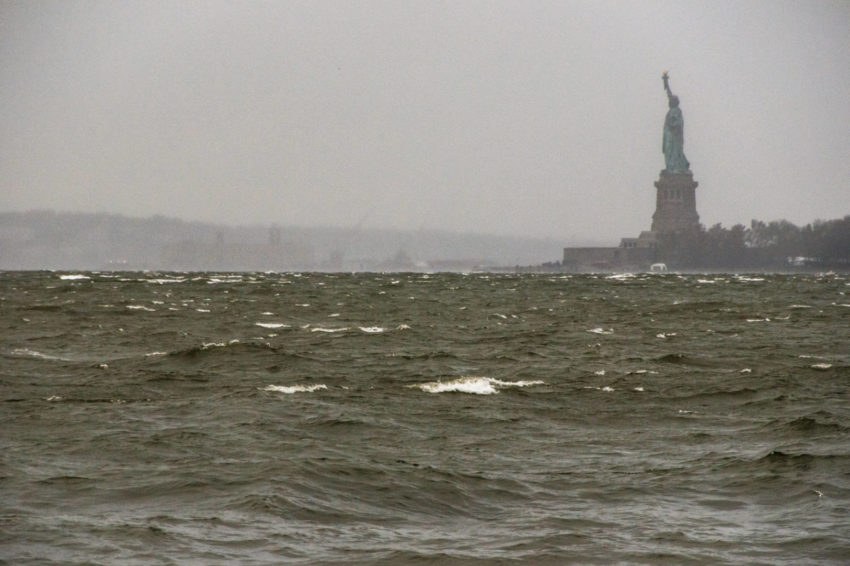 In 2012, Hurricane Sandy pounded the U.S. with 90 mph winds and record-breaking storm surges, killing 147 people from the Caribbean to the U.S. (©2012 World Vision/photo by Laura Reinhardt) 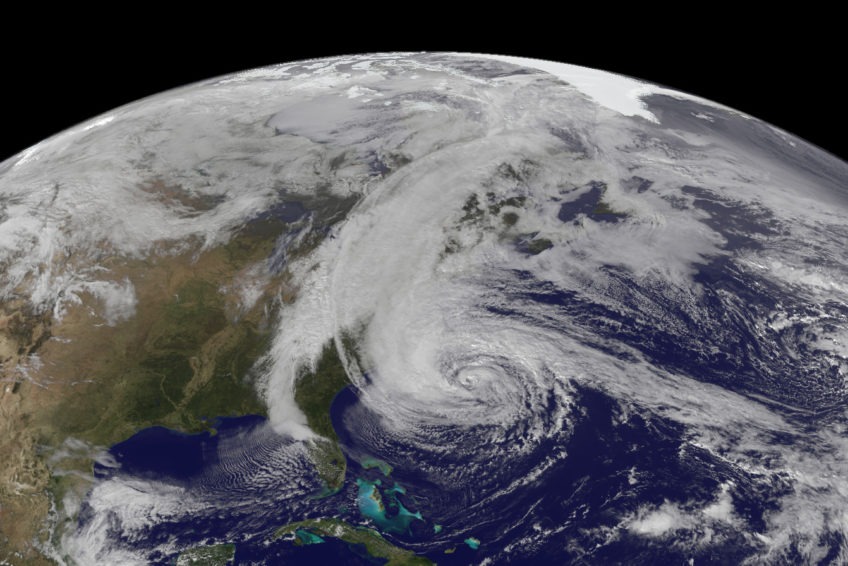 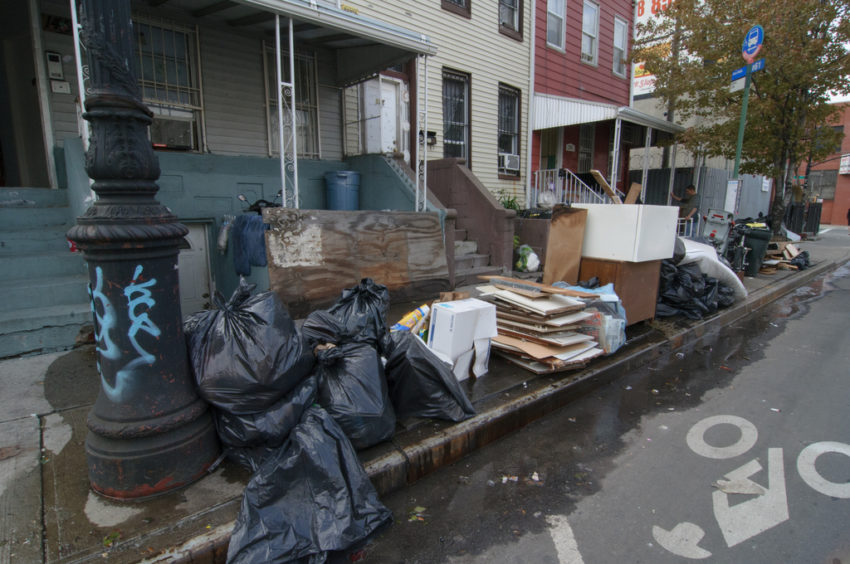 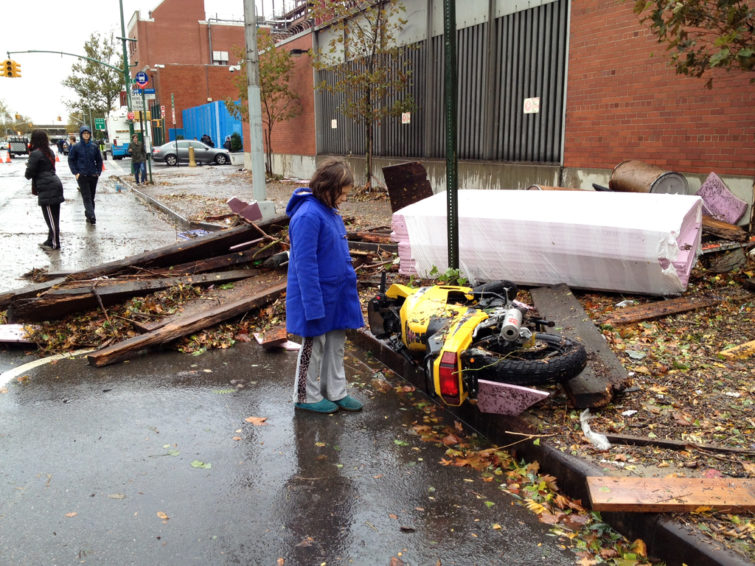 A girl observes storm damage in New York, where Sandy unleashed hurricane-force winds of up to 90 miles per hour. Sandy’s wind and rain downed power lines, uprooted trees, and, at its height, inundated Manhattan with a 14-foot storm surge. (©2012 World Vision/photo by Laura Reinhardt) 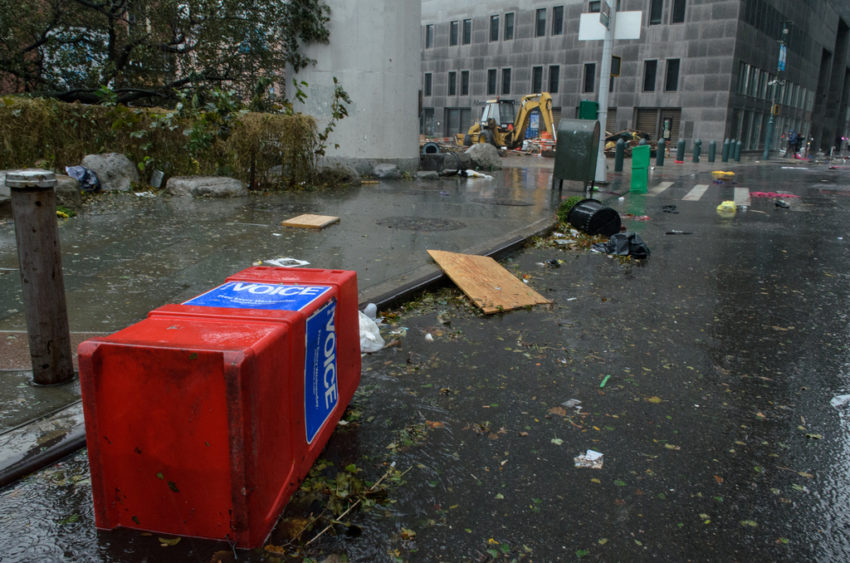 Debris litters the streets of lower Manhattan in the aftermath of Sandy. (©2012 World Vision/photo by Laura Reinhardt) 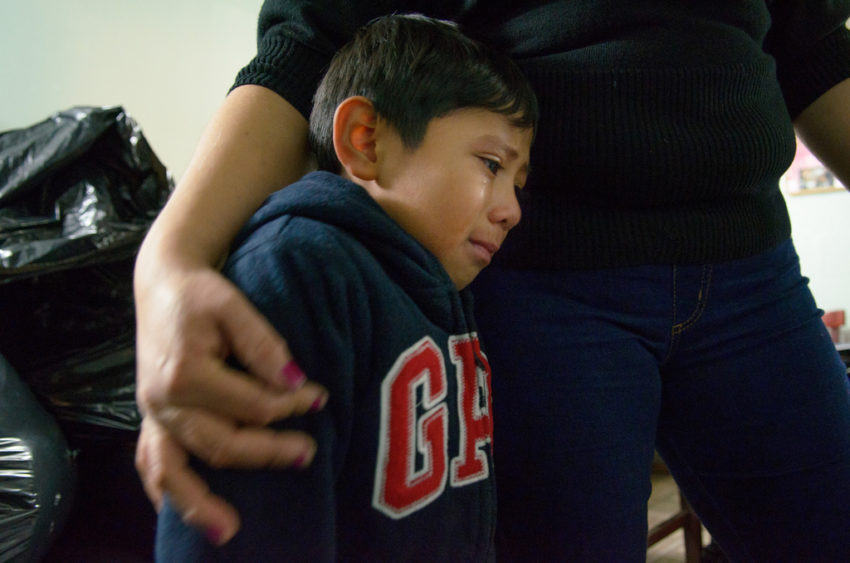 Five-year-old Junior Gonzalez sobs uncontrollably; tears stream down his face. His family’s basement apartment was flooded, leaving almost nothing to salvage, including destroying his book bag and schoolwork. (©2012 World Vision/photo by Laura Reinhardt) 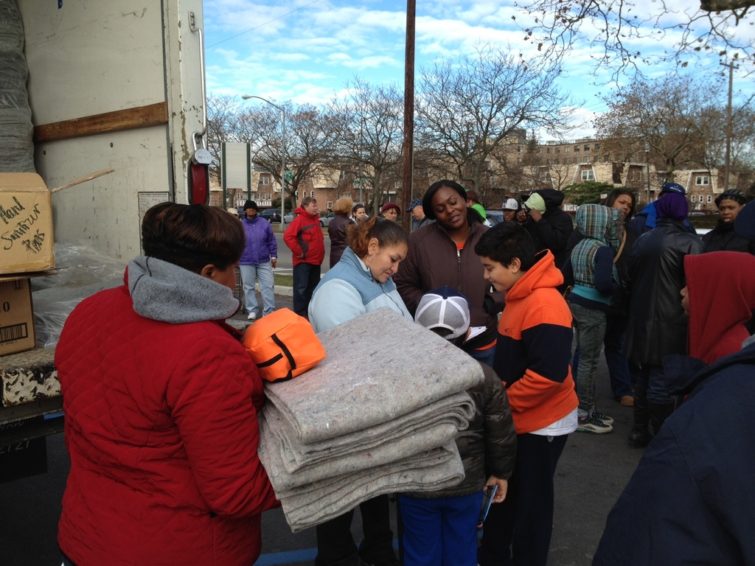 Hurricane Sandy was the deadliest hurricane of 2012 and one of the most destructive hurricanes in history to hit the United States. Toward the end of October 2012, Hurricane Sandy plowed through the Caribbean — killing 75 people before heading north. As it approached the East Coast, it produced the highest waves ever recorded in the western Atlantic, causing devastating storm surge and floods throughout coastal New York and New Jersey. At one point, Sandy engulfed a swath of 800 miles between the East Coast and the Great Lakes region.

Also called Superstorm Sandy, it caused $70.2 billion worth of damage, left 8.5 million people without power, destroyed 650,000 homes, and was responsible for the deaths of at least 72 Americans.

You can deliver hope and practical help when disasters like Hurricane Sandy strike.

FAQs: What you need to know about Hurricane Sandy

Explore frequently asked questions about Hurricane Sandy, and learn how you can help families impacted by hurricanes.

How did Hurricane Sandy develop?

On Oct. 22, 2012, over tropical ocean waters off the coast of Nicaragua, Hurricane Sandy began from a tropical wave that developed into a tropical depression, then quickly into a tropical cyclone. Two days later it became a Category 1 hurricane with winds stronger than 74 mph.

Where and when did Sandy make landfall?

Hurricane Sandy first made landfall in Jamaica as a Category 1 hurricane on October 24, 2012. The next day, it wreaked a path of destruction through Cuba, Haiti, the Dominican Republic, and the Bahamas.

How many people died from Sandy?

The number of deaths from Hurricane Sandy, such as drowning in storm surges or flooding, is counted at 147, according to the National Hurricane Center. Death counts in the U.S. totaled 72. Haiti was the second-most affected country with 54 deaths.

What was the damage from Hurricane Sandy? Is it one of the costliest hurricanes in U.S. history?

Hurricane Sandy is now the fourth-costliest hurricane in U.S. history, damaging at least 650,000 houses and causing $70.2 billion worth of damage. When Sandy made landfall in 2012, it was the second-costliest hurricane to hit the United States since 1900, with Hurricane Katrina in 2005 being the costliest. Both Hurricane Harvey in 2017 and Hurricane Irma in 2017 have since topped Sandy.

How can I help children and families affected by disasters?

What was World Vision’s response to Hurricane Sandy?

Haiti: In the aftermath of Hurricane Sandy, World Vision staff in Haiti distributed nearly 6,000 tarpaulins, 5,000 jerrycans, and 2,500 hygiene kits in Port-au-Prince. In the far south of the island nation, 100 families received T-shirts, sleeping mats, and blankets. Hot meals were also provided to 200 families in shelters in La Gonave.

World Vision targeted the most impoverished and vulnerable communities in each state and supported local partners — such as churches and community groups — to facilitate clean-up efforts.

October 22, 2012: Sandy begins as a tropical storm in the Caribbean Sea.

October 24, 2012: Sandy develops into a Category 1 hurricane and hits Jamaica with winds of 80 mph.

October 25, 2012: Hurricane Sandy makes landfall in Cuba as a Category 2 hurricane with 105 mph winds, then travels to Haiti and the Bahamas, killing 54 people in Haiti, 11 people in the Dominican Republic, and two people in the Bahamas.

October 29, 2012: Hurricane Sandy approaches the East Coast of the United States as a Category 2, then weakens to a post-tropical cyclone.

October 30, 2012: Sandy moves away from New York, toward Pennsylvania, but is still drenching the Northeast.