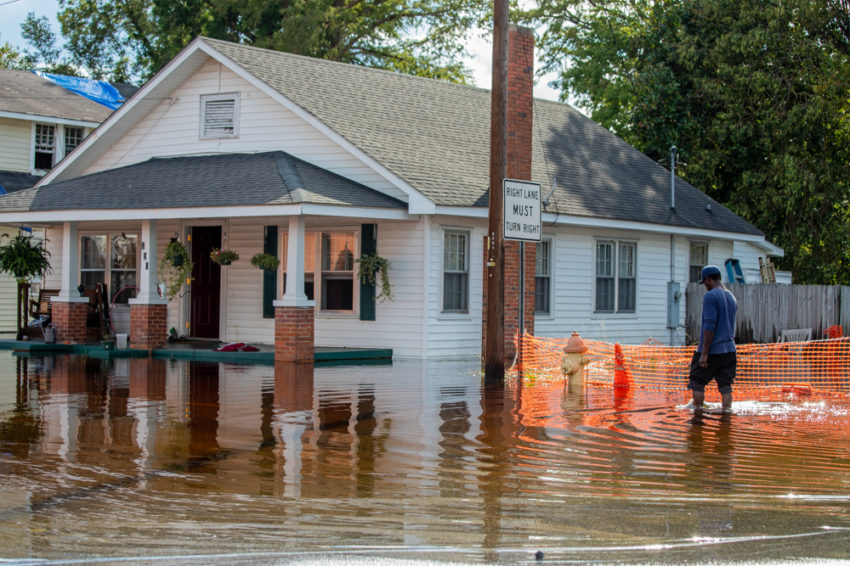 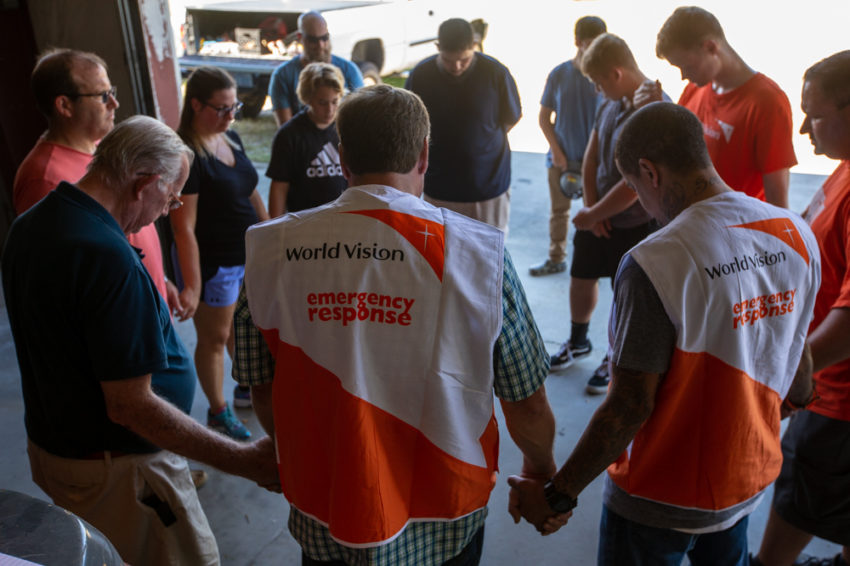 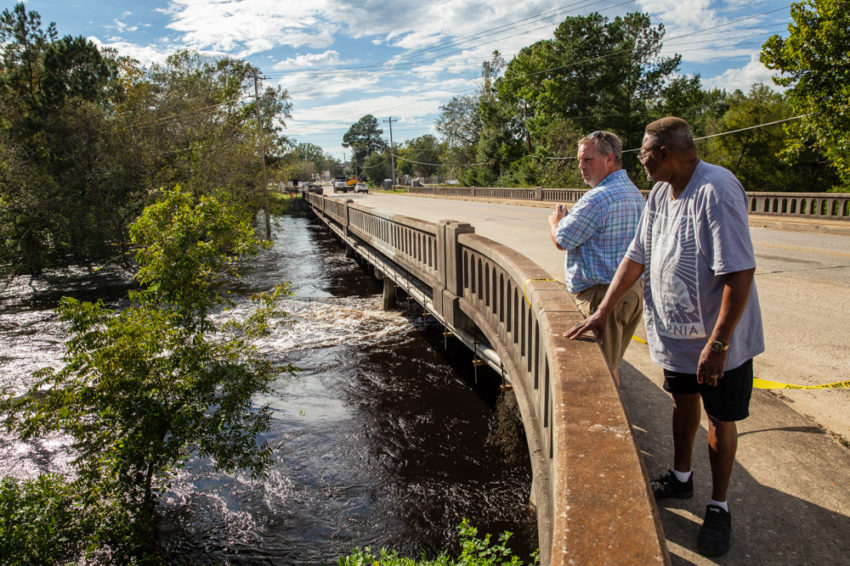 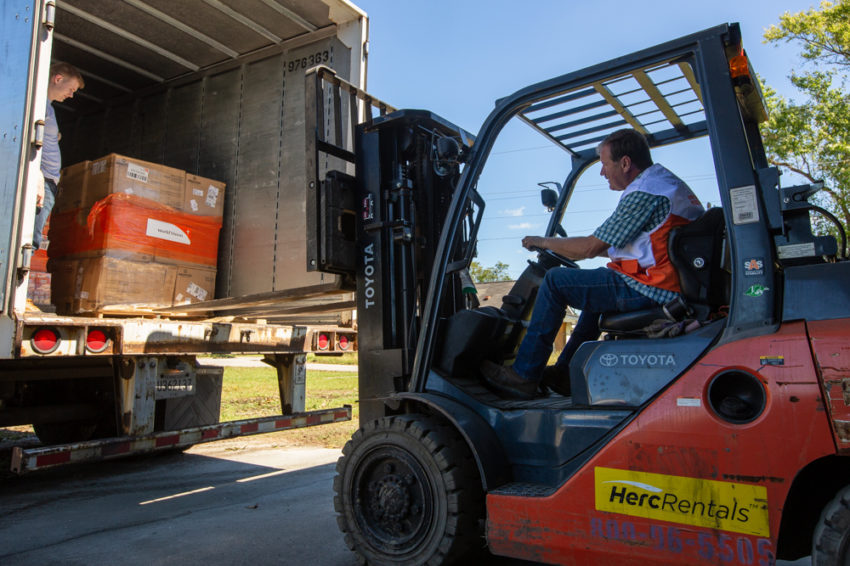 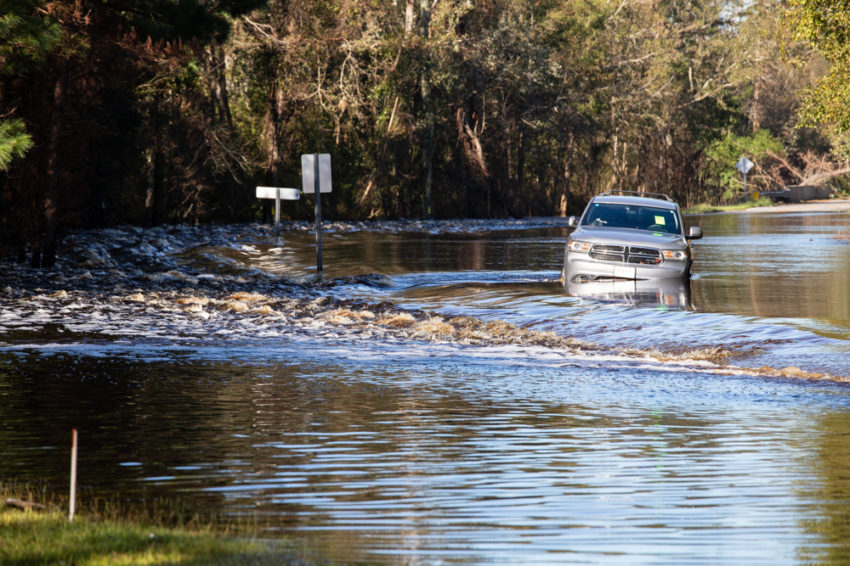 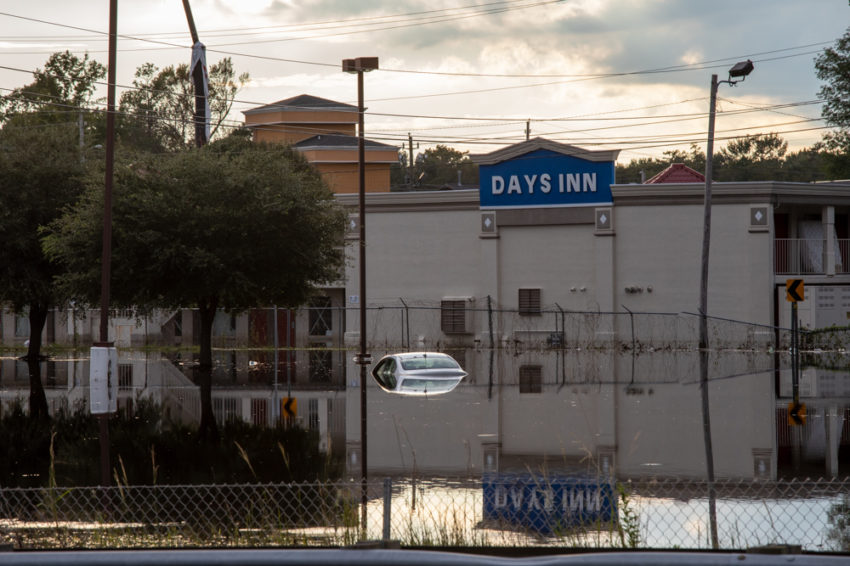 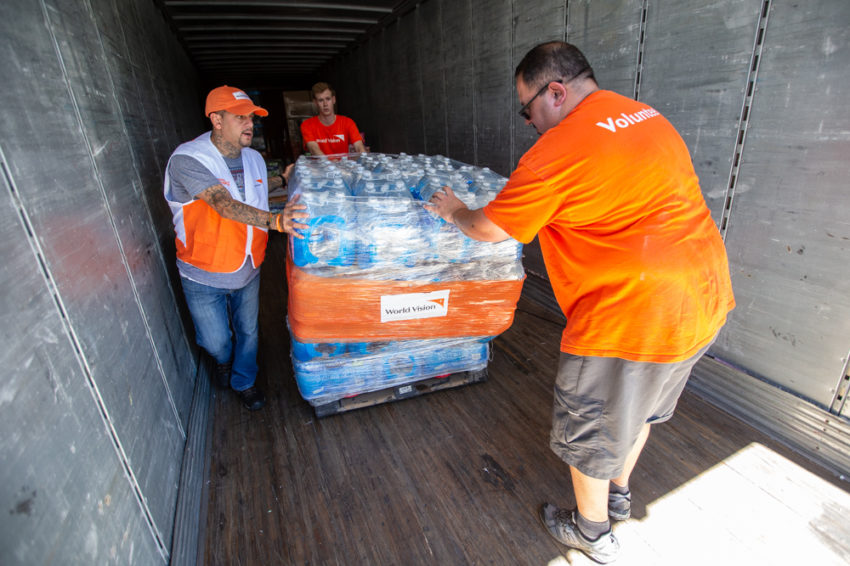 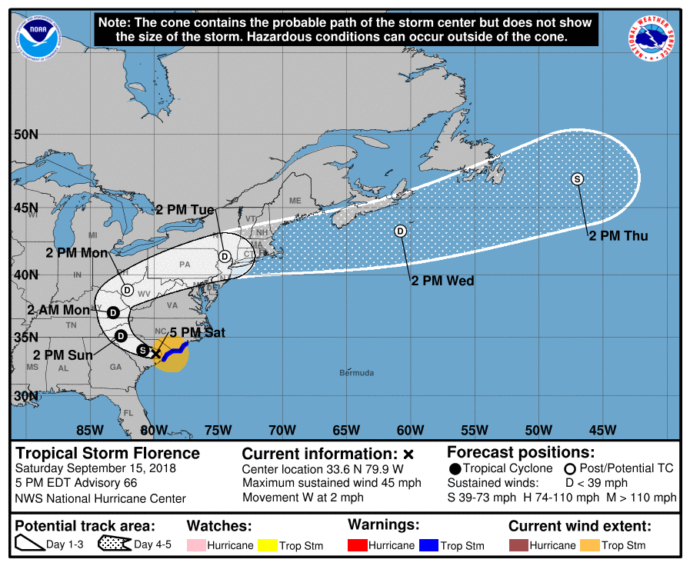 At least 51 people have died in the Carolinas from Hurricane Florence, which caused widespread flooding and set rain records in many areas of North Carolina.

Florence is considered the wettest tropical system to hit North Carolina, according to the Weather Channel, and some parts received nearly 3 feet of rain.

As rivers rose to flood stage within a few days of the storm, the Associated Press reported that 185 of the 1,445 dams in North Carolina were rated as poor or unsatisfactory during recent inspections.

In the month since Florence came ashore, World Vision has served about 15,600 people in some of the worst-affected areas.

You can deliver hope and practical help when disasters like Hurricane Florence strike.

FAQs: What you need to know about Hurricane Florence

Explore frequently asked questions about hurricanes and Hurricane Florence, including how you can help people affected by the storm.

Where did Hurricane Florence make landfall?

Hurricane Florence made landfall as a Category 1 hurricane the morning of Friday, Sept. 14 over Wrightsville Beach, North Carolina, a few miles east of Wilmington and not far from the South Carolina border. The hurricane came ashore with 90-mph winds and punishing storm surge.

What other major hurricanes have hit North Carolina and South Carolina?

How is World Vision responding to Hurricane Florence?

Since Florence, World Vision has served about 15,600 people in some of the worst-affected areas.

We partnered with Fayetteville Dream Center to set up a shelter at Manna Church in Fayetteville, North Carolina. Staff from Dream Center, the church, and World Vision served evacuees there and began providing relief supplies Sunday, Sept. 16. We also provided truckloads of supplies to church partners to distribute in Lumberton, Jacksonville, and Kinston, North Carolina within the first week of the storm.

An assessment team arrived in North Carolina ahead of the storm on Friday, Sept. 14. By early morning as the storm came ashore, a semitruck full of World Vision relief supplies arrived at a community partner’s facility in Fayetteville, North Carolina. We had positioned relief supplies nearby in Georgia and South Carolina in order to significantly reduce the transit time of getting those supplies into the areas that need them.

On Wednesday, Sept. 12, we dispatched five semitrucks full of supplies from our north Texas field site and one from our warehouse near Seattle. We sent another 15 trucks from our field sites in West Virginia, North Texas, and Hartford, Connecticut.

Working with church and community partners in affected areas allows our response teams to mobilize quickly from our domestic disaster response hub in North Texas and our field site in Philippi, West Virginia.

“Our biggest concern is that this isn’t something that we’ll respond to just overnight,” says Quincy Walker, World Vision’s Pacific Northwest field site manager who deployed to North Carolina. “We’re here to see this thing through and let families know we love them.”

How can I help people in Hurricane Florence’s path?

Pray: Please join us in prayer for people affected by Hurricane Florence. Almighty Father, we ask for Your care and protection for people affected by Florence and its destructive flooding. Give them the assurance of Your presence and equip those who will provide relief and assistance after the storm passes. Strengthen the minds and bodies of first responders for the days ahead.

Give: Your gift will help to provide urgent relief that people in the U.S. affected by disasters like Hurricane Florence desperately need.

Heather Klinger and Kristy J. O’Hara-Glaspie of World Vision’s staff in the U.S. contributed to this article.