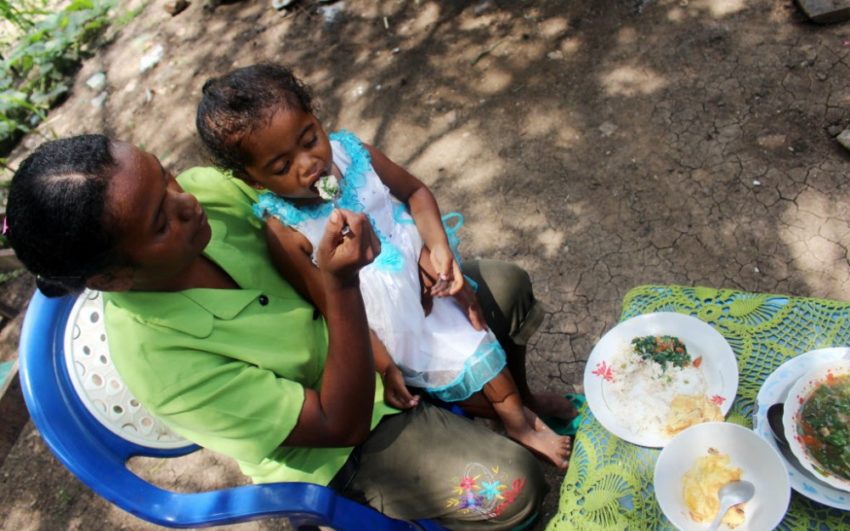 Kristina feeds Rani a nutritious meal she made of rice, fried egg, and vegetables from the family garden. Now they are able to stave off malnutrition. (©2015 World Vision/photo by Rena Tanjung) 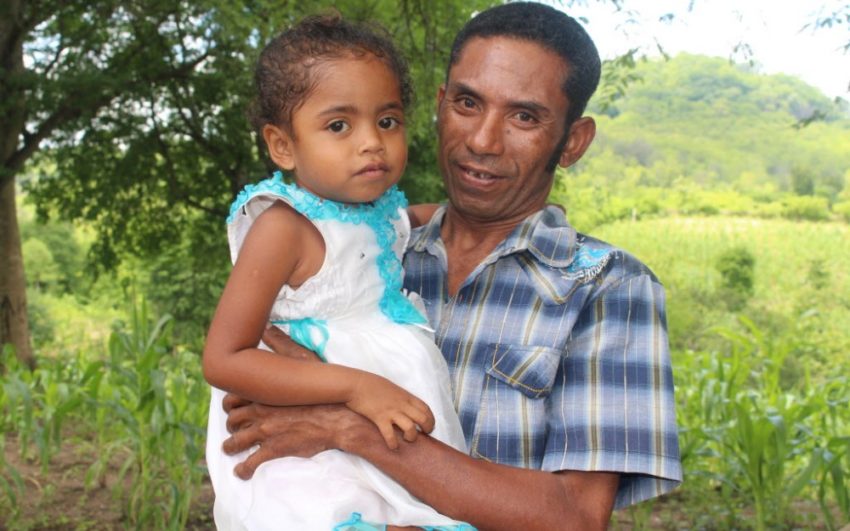 Now that Lodoficus, 38, cultivates a kitchen garden, he is able to provide ample healthy food for his daughter, Rani. (©2015 World Vision/photo by Rena Tanjung) 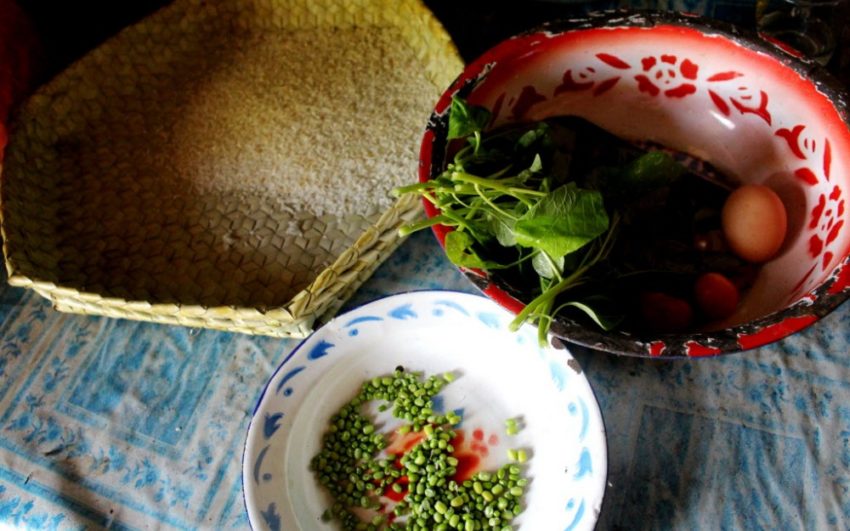 Rice, mung beans, and eggs are the basis of a healthy meal for Rani and her family. (©2015 World Vision/photo by Rena Tanjung) 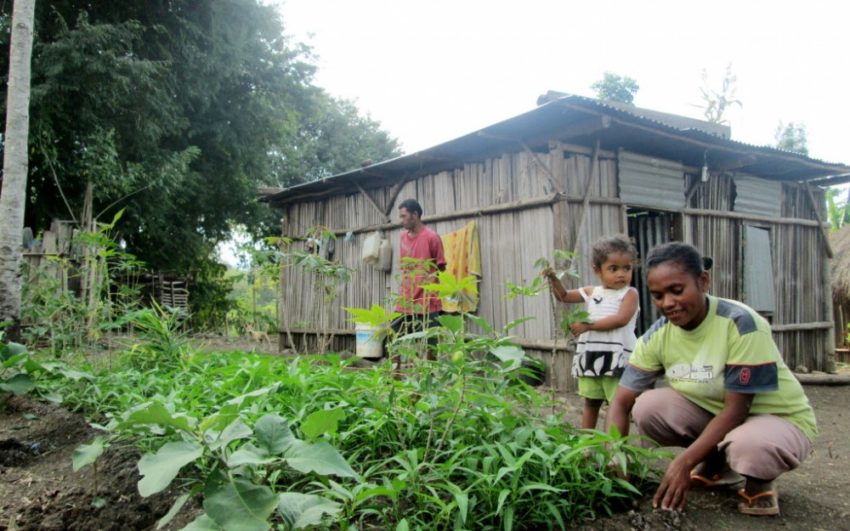 With help from vegetable-lover Rani, Kristina grows water spinach and eggplant in her yard. (©2015 World Vision/photo by Rena Tanjung)

She may be only 4 years old, but Rani knows what she likes and doesn’t like. The Indonesian child likes healthy food, and if there are no vegetables on her plate, she’s not eating.

Two years ago, Rani ate only porridge made from rice and water with a pinch of salt. She ate the same thing three times every day. At 18 pounds, Rani was malnourished and often sick.

Rani’s mother, Kristina, 28, says she couldn’t afford to feed her two children a better diet. Rani’s father, Lodoficus, 38, is a corn farmer who depends on a good harvest from a short rainy season. For nine months of the year, the barren, rocky land is dry. If the family’s crop falters, there is not enough money for food.

“In this village, a bundle of vegetables or meat costs too much. We cannot buy it every day,” Lodoficus says.

Lodoficus’s family lives in South Oenenu, a remote village in Indonesia’s North Central Timor. The village is surrounded by hills and rivers. When the water level rises during the rainy season, the community can be cut off for days.

In 2013, World Vision began assisting the village where Rani and her family live.

At the time, 19.6% of Indonesian children suffered from malnutrition. Where Rani lives, the number was closer to 30%.

World Vision staff identified 10 children in South Oenenu as malnourished, including Rani. To ensure their recovery, the children received vitamins for 10 days. Rani’s parents learned how to make nutritious food with simple, local ingredients. They soon discovered that everything they needed for a good diet was inexpensive and readily available.

Rani enjoyed vegetables and eggs, which she had never tasted before. Within 10 days, her weight started to increase.

Kristina and Lodoficus were so encouraged by Rani’s progress that they vowed to increase their efforts so their daughter would continue to improve. They made sure Rani visited the health center regularly so staff could check her progress and give her vitamins.

“With double digging, my husband and I started to cultivate our empty land that previously was dry and barren, so we can plant water spinach, mustard, onion, and long-bean in it,” says Kristina.

In addition, Kristina serves eggs for protein and tempeh, a low-cost traditional food made from soybeans. Rani says that any vegetables her mother cooks taste better than others.

Rani is a healthy 25-pounds at age 4 — no longer underweight. Kristina says, “World Vision and the health staff have taught me the right way to cook for Rani. It is very cheap, easy, and fast. It’s also delicious. I’m glad that she’s now getting healthier.”

Garden vegetables now seem to grow in every yard in South Oenenu. So far in 2015, not one of the children in the village shows signs of malnutrition.