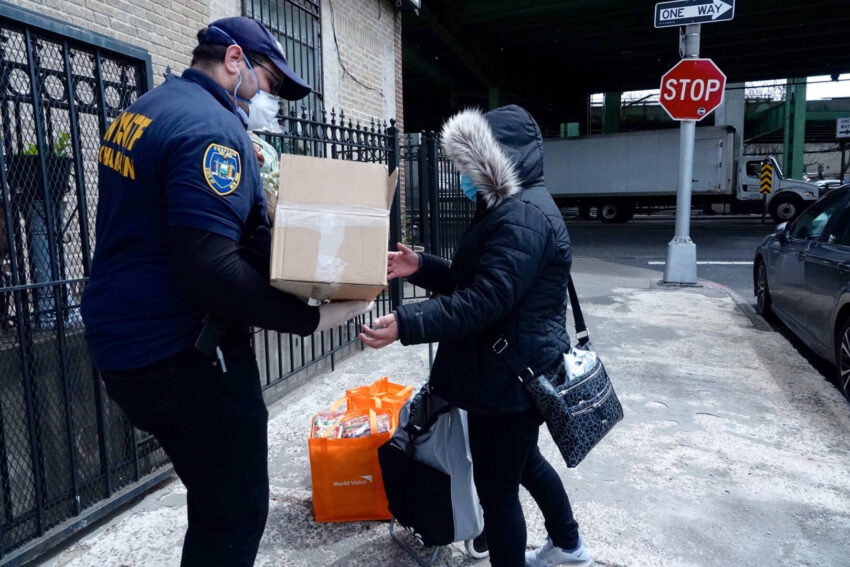 In early April 2020, on a cold and cloudy day in Brooklyn, people from the largely immigrant community began to line up outside the church doors of Iglesia Sol De Justicia. The COVID-19 crisis has hit this community hard. Many are out of work and struggling.

World Vision has partnered with Iglesia Sol De Justicia for nearly three years. The church does regular community outreach using supplies they get from World Vision’s warehouse in the Bronx. So, they were the perfect choice to distribute Family Emergency Kits to help equip families to face the coronavirus pandemic.

World Vision works alongside churches to distribute food and essential supplies. The local school districts in New York identified families who’d been especially hard-hit by the coronavirus. Those families then get a time when they can come to pick up their Family Emergency Kit.

Pastor Francisco Fernandez, the pastor of Iglesia Sol De Justicia and also a New York state chaplain, says, “The community’s greatest need right now is food. They’re crying out for food; they’re hungry. They keep calling us (the church) because some of them have no money, they lost their jobs, and stores are closed. They can’t get what they need.”

He knows about need on a very personal level.

He faced homelessness three separate times in his life. The first time he was about 5 years old. His parents had separated, and Francisco and his mother lived where she worked as a seamstress. He remembers thinking it was more like a camping adventure — sleeping in the cardboard boxes on the factory floor. At the time he didn’t understand the pain his mother faced.

The second time came when he was a young adult living in Massachusetts. He and a live-in girlfriend fought and when she kicked him out, he lived at his workplace for two months. But when his employers discovered this, they told him he couldn’t stay there. Thankfully he got to keep his job, but for nearly a month he lived on the streets. When his older sister moved to Massachusetts, they got a place together. He never told her of his plight before she came.

The last time was the most devastating. About seven years ago, he and his three children were living in upstate New York while he worked as a pastor’s assistant. He owed money to his landlords but had paid them back in cash. They were long-time family friends, so it didn’t occur to him to get a receipt or to pay with a check. But the landlord’s wife claimed he had not repaid the money, so he and his children were given one week to pack everything up and get out. Again, he found himself with no place to go. But this time, he understood how his mother felt as he agonized over thinking of how he and his children would have to live in their car.

Luckily his pastor found out about Francisco’s plight and shared it with the church board, which then voted to allow the family to stay at the church as long as needed until they could find a place of their own.

Things began to steadily improve from that point on. Five years ago, he met and married his wife, Marilyn. Then four and a half years ago, he and Marilyn became co-pastors of Iglesia Sol De Justicia. He hadn’t sought out pastoring knowing the work involved from his time working at the church in upstate New York, but he accepted the call.

When COVID-19 began to spread across New York and reached his community, Pastor Fernandez knew that the church had to act.

“This is a time we need to step out of the four walls,” he says. “We need to do something. The Lord put it in our hearts to go out and to serve.”

And so on that cloudy and rainy day in April, nearly 100 families received food and cleaning supplies to help ease a little of the pain they faced. As of November 2020, more than 62,000 Family Emergency Kits have been distributed through 40 church partners like Iglesia Sol De Justicia. That means more than 4.5 million meals have been served through World Vision’s Family Emergency Kits.

God molded Pastor Fernandez through his past hardships and used those to develop his heart to serve and reach out to others. Pastor Fernandez says that it’s not only through preaching that people choose Christianity. He says, “Showing the love of Christ makes people more curious, showing kindness. All faith without works, it’s nothing. You’ve got to have both.” 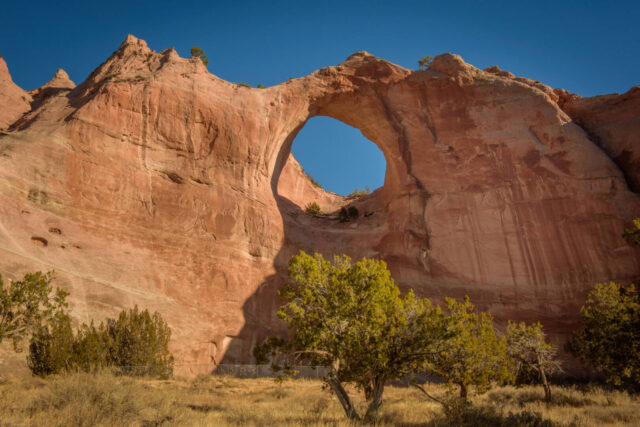