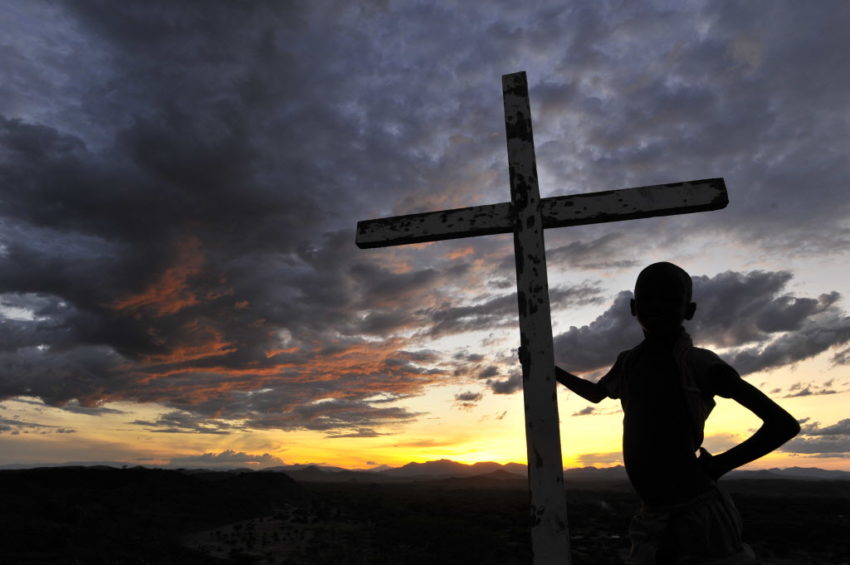 A child stands beside a cross in Kenya. (©2008 World Vision/photo by Jon Warren)

As an American Christian, I like to think I do a fair job caring for the world’s poor — those in my own neighborhood and those around the world who have greater financial need than I do. After all, Americans pride themselves on generosity. And Christians desire to be known for their service to others.

However, recent news (polls, studies, and political campaigns) suggest otherwise. How do we reconcile this?

Let me ask: Do any of the statements below resonate with you?

Perhaps the reality that poverty-focused aid makes up a mere 0.5% of the federal budget paints a picture of just where our priorities really do lie.

In an article by Rich Stearns posted today in the Wall Street Journal, Evangelicals and the Case for Foreign Aid — and included in the Atlantic Wire’s Five Best Friday Columns — Rich Stearns, president of World Vision U.S., argues that providing funds for the poor should be in the interest of all Christians:

Washington is in an era of budget-cutting, so we frequently hear calls to shrink or eliminate U.S. foreign-assistance programs. In response, several religious groups (including my own) are highlighting how these programs reduce global poverty and hunger, saving millions of lives. But why are evangelical Christians largely absent from this religious coalition?

In a recent closed-door session on Capitol Hill, representatives from the National Council of Churches, Catholic Relief Services, and Bread for the World met with several senators about the Senate’s proposed reduction of $3 billion from last year’s foreign-affairs budget. (The House would eliminate $9 billion.) The director of Church World Service, John McCullough, told reporters afterward that “responding to hunger and poverty is not a partisan issue. … It is a moral issue that people of faith, across the political spectrum, agree upon.”

This is largely true, but a Pew survey earlier this year found that 56% of evangelicals think “aid to the world’s poor” should be the first thing cut from the federal budget. In September, a Baylor University survey found that Americans who strongly believe that “God has a plan” for their lives — as evangelicals do — are the most likely to oppose government intervention on behalf of the poor.

Read the article in full on the Wall Street Journal online.

Call your members of Congress. Ask them to oppose major cuts to the International Affairs Budget. There are few places in the U.S. federal budget where dollars translate so directly into lives saved.