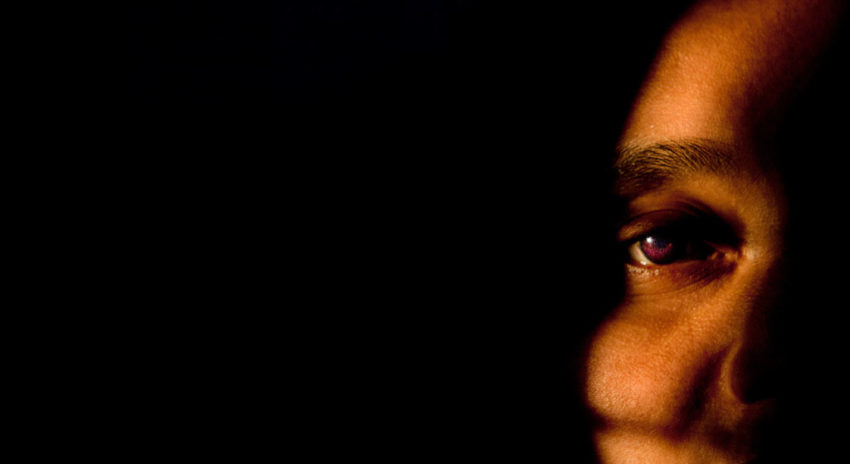 Every day was a struggle for Moe, who worked odd jobs to support her mother and three siblings after her father died. She was vulnerable to persuasion when a fellow worker encouraged her to travel with her to sell fabric in Muse, a major trading town on the border of China. (©2011 World Vision/photo by Khaing Min Htoo)

Upon arriving at the courthouse in Santo Domingo, Dominican Republic, we walked up four flights of stairs and into a sparse, yet lively courtroom.

We took our seats on the wooden benches and listened as a pastor from a local church translated the defense attorney’s remarks from Spanish into Creole for three young men.

The three stoic young men who stood at the front of the room looked to be not much older than 25. They were accused of trafficking young children from their homes in Haiti, where they had told their parents that the children would have better opportunities in Santo Domingo or Miami.

Once in Santo Domingo, the capital city of the Dominican Republic, the children were forced to beg every day, beginning at 5 a.m. If they did not bring back 300 pesos (almost U.S. $8) they were beaten.

When they were not on the streets, they were crowded into a one-room apartment with no kitchen and no bathroom, forced to sleep under the table and under the bed.

Last year, three brave young boys approached a woman on the street and told her their story. The woman took them straight to the National Children’s Council, and an investigation led to 25 children being set free and reunited with their families.

Two of the men were convicted of human trafficking, forced labor, and physical abuse of children. The third was acquitted. Inside the courtroom, a jumble of emotions bubbled up as I strained to understand what was transpiring: anger, sadness, confusion, and hope.

Justice made possible by one law

I traveled to the Dominican Republic to research how the U.S. government could continue to partner with the Dominican government to address modern-day slavery. Over the course of interviewing and witnessing the work of World Vision and our partners, I felt overwhelming thankfulness — thankfulness for the Trafficking Victims Protection Act (TVPA), the largest piece of human rights legislation to ever pass Congress.

The TVPA — first passed in 2000 and reauthorized by Congress every several years since — allows the United States to be a global leader in protecting survivors of modern-day slavery, prosecuting traffickers, and strengthening prevention efforts to protect vulnerable men, women, and children. I was thankful because I saw the impact of these efforts in motion in the Dominican Republic.

In 2010, the Dominican Republic was placed on Tier 3 of the Trafficking in Persons (TIP) report, the list of countries not meeting the minimum standards for combating human trafficking, as set by the U.S. Department of State. The Dominican government had challenges in carrying investigations through to conviction, supporting victims, and responding to complicity in human trafficking by government officials.

Being placed on Tier 3 of the TIP report — a report mandated by the TVPA — was a wake-up call for the Dominican government.

This past week, when the 2012 version of the report was released, the Dominican Republic had been moved to Tier 2, meaning that its government did show significant progress in addressing human trafficking. This improvement in the country’s response, including its prosecution of the forced child begging case, can be traced back to the TVPA.

But all of their work and forward momentum is threatened by the failure of Congress to reauthorize the Trafficking Victims Protection Act, which expired on September 30, 2011 because lawmakers did not act in time. Until they do, U.S. efforts to combat trafficking are essentially on hold.

So with an important election fast approaching, and Congress’ summer recess barreling toward us, where does this leave us in the fight to get this crucial law reauthorized?

Light at the end of the tunnel

The answer: In a hurry — but a hopeful hurry. At the time of our last update in April, we had 40 cosponsors on S.1301. Now, we have 46! This week, we received news that Texas Senator Kay Bailey Hutchinson would cosponsor the reauthorization of the TVPA.

For a bill that wasn’t moving at all back in March, this is an amazing development — a direct result of the persistence of groups like the Texas chapter of Women of Vision and other advocates. When voting constituents contact their lawmakers, they do listen!

It’s been a year since the TVPA reauthorization bill was introduced in the Senate — a year marked by congressional gridlock and partisanship. Thankfully, many lawmakers, like Senator Hutchinson, have heard your message loud and clear: Enough is enough. Pass Senate Bill 1301 — the Trafficking Victims Protection Reauthorization Act of 2011.

Now, it’s about making sure they follow through. Keep up the pressure. Your calls, emails, tweets, letters, Facebook posts, and meetings are working. You are being heard and making an impact.

Calling your senators is easy, takes very little time, and makes a tremendous difference in the passage of important legislation like the Trafficking Victims Protection Reauthorization Act. Learn more about World Vision’s advocacy work and take action on similar issues.

Cooking for Bruno: A holiday recipe for the boy who chose me