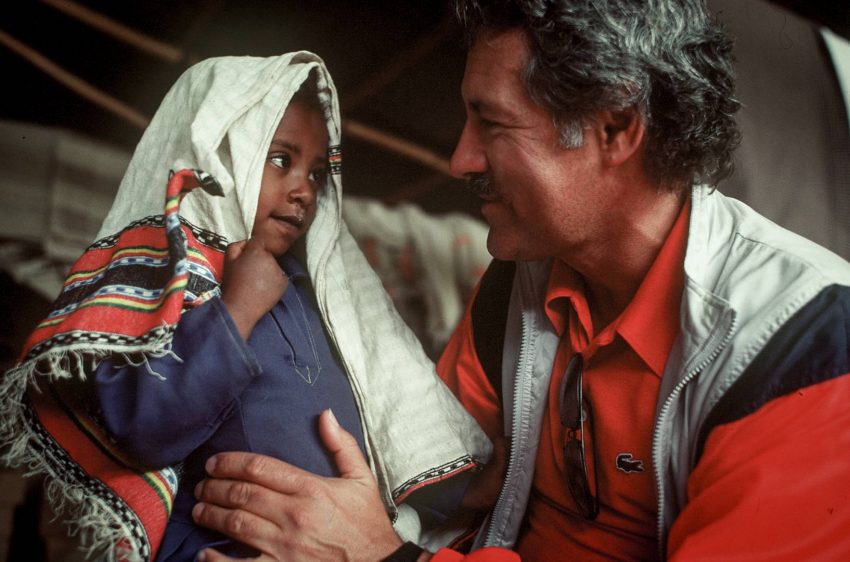 Alex Trebek, iconic TV host of the popular show Jeopardy!, comforts a child in Ethiopia, where drought and famine devasted the East African country in the 1980s. (©1988 World Vision/photo by David Ward)

From the very start of his rise to fame, iconic TV host of Jeopardy! Alex Trebek dedicated his life to the betterment of others, giving generously of his time, talent, and treasure to children living in poverty.

For more than four decades, Alex’s work with World Vision led to millions of children sponsored. He and his family leave a legacy — access to clean water, healthcare centers, education, programs that prevent girls from the dangerous practice of female genital mutilation and child marriage, investments in livelihood programs, and so much more.

“While Alex Trebek is being remembered by so many as a beloved television icon and the host of Jeopardy!, we at World Vision are also mourning a long-time partner and friend who joined with us in showing God’s unconditional love to those in greatest need,” says Edgar Sandoval Sr., president and CEO of World Vision U.S. “Alex was a champion of those in poverty, partnering with World Vision for four decades and helping millions by bringing attention to their plight.”

World Vision’s connection with Alex began during the horrific Ethiopian famine in the 1980s. Alex was watching television and became moved by World Vision’s reports. He wanted to be part of the answer to the most perplexing problems humans faced today. So he picked up the phone and asked World Vision how he could help.

An awareness-raising trip to Ethiopia soon followed. And in one dramatic moment, as Alex visited a community affected by famine, a mother placed her baby in his arms and asked him to take her baby with him. That memory never left him. It sealed his lifetime commitment to help the most vulnerable globally.

Over the years, Alex traveled to many developing countries to learn about the challenges children were facing. While there, he taped reports to share his experiences with the public.

Alex genuinely cared for the needs of children around the world.

During a trip to Colombia in the early 1990s, he and a film crew came upon a group of boys doing drugs in one of the back alleys. Alex’s usual calm and controlled demeanor was visibly shaken. Meeting those children drove him to share the story with his viewers in a particularly passionate way. He shared many stories of his experiences of witnessing life under dire circumstances.

“Over the years, despite his busy schedule, Alex found time to visit some of the greatest humanitarian crises of our time, bringing attention to the issue of poverty. He not only gave his name and notoriety; he and his wife, Jean, generously donated to life-saving projects in several countries, changing the lives of the families who lived there. That is his incredible legacy,” Edgar says. “We remember him dearly as someone full of humor and a keen wit that often disguised his open heart and genuine love for those in suffering and in need. He will be deeply missed. We send our condolences to his family.”

Alex inspired people to act. He was sincere in his motivation to help others, especially children. And he believed that people are open and willing to help others in need.

While it’s difficult to summarize the totality of Alex’s life and accomplishments, World Vision estimates that his influence had a positive impact on the lives of millions of children. 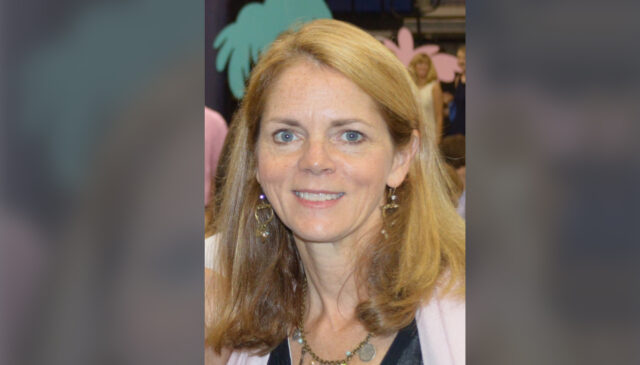