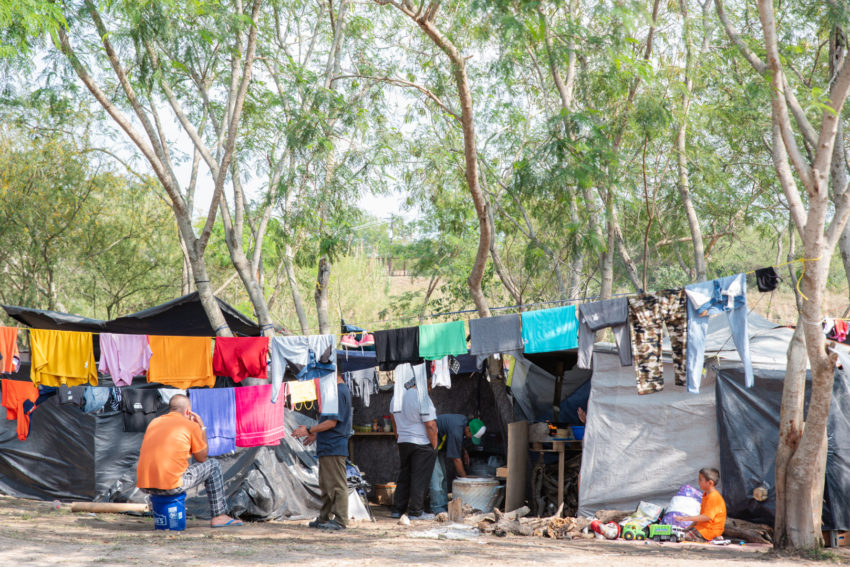 More than 2,500 people, most of them Central American migrants, have tried to create a semblance of shelter in a city park in Matamoros, Mexico, near the U.S. border. Children and families fled their homes, mostly due to violence and insecurity. Some have waited nine months for asylum hearings and hopes of a new life in the United States. A local pastor ministers to the camp residents and distributes World Vision supplies, including tents, tarps, blankets, hygiene kits, diapers, and food kits. (©2020 World Vision/photo by Andrea Peer)

World Vision’s award-winning photographers travel the world to bring home stories of children and their families to inspire us to action and compassion. They capture those intimate moments that illuminate God’s grace and faithfulness as we follow Jesus’ example to show unconditional love to the poor and oppressed.

Discover what’s it like behind the scenes during some of these moments, published biannually in this year’s issues of World Vision magazine.

Written and photographed by Andrea Peer

Behind a low wall of suitcases, two little eyes peer at me. We smile at each other and begin a language-transcending game of giggles and peek-a-boo. Her mom, Maria, tells me this 2-year-old’s name is Arleth. Cautiously leaving the safety of her mother’s mattress, Arleth leads me in a game of show and tell. She hugs a toy truck, shows me somebody’s shoes, climbs on a toy car, and scoots a short distance back and forth, sometimes pausing to stare. I bump up my camera’s ISO, captivated by the juxtaposition of this sweet face and her peculiar context — a community center turned shelter near the Mexico side of the U.S. border, where World Vision has provided relief supplies.

With 50 other people crammed in here, they awaited court dates and visas to enter the United States for more than a year, a process made harder because of the COVID-19 pandemic.

I learn that two months earlier, a Mexican cartel brutally killed Arleth’s father and three other family members. Maria received death threats herself, so she, Arleth, and several family members fled their picturesque home, jobs, and harvest-ready crops in Guerrero, Mexico. They haven’t felt safe here either; it’s too close to the cartel. So, for now, Arleth plays inside. I’m grateful for a moment to join her. 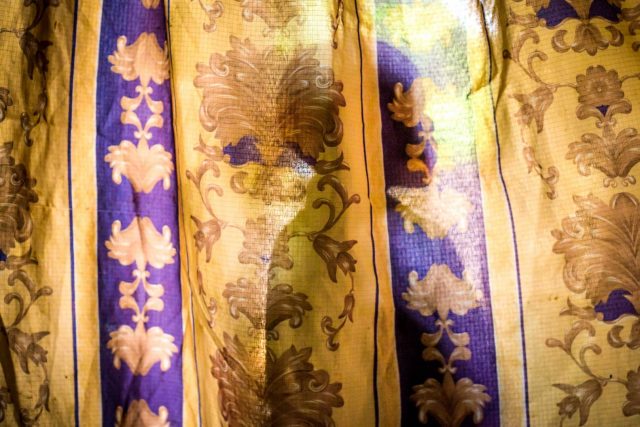 Hearing and using the inside voice 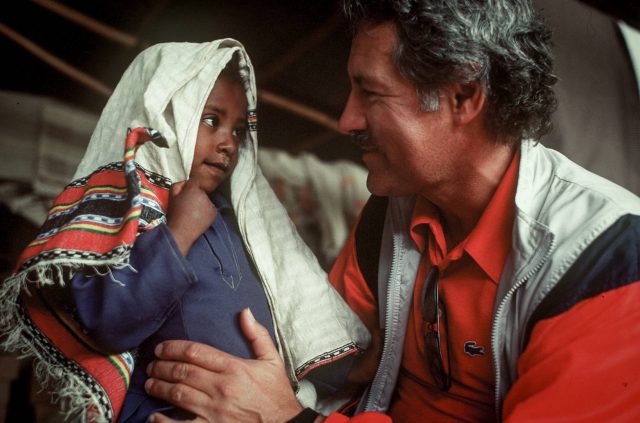 Honoring the legacy of Alex Trebek, “champion for those in poverty”