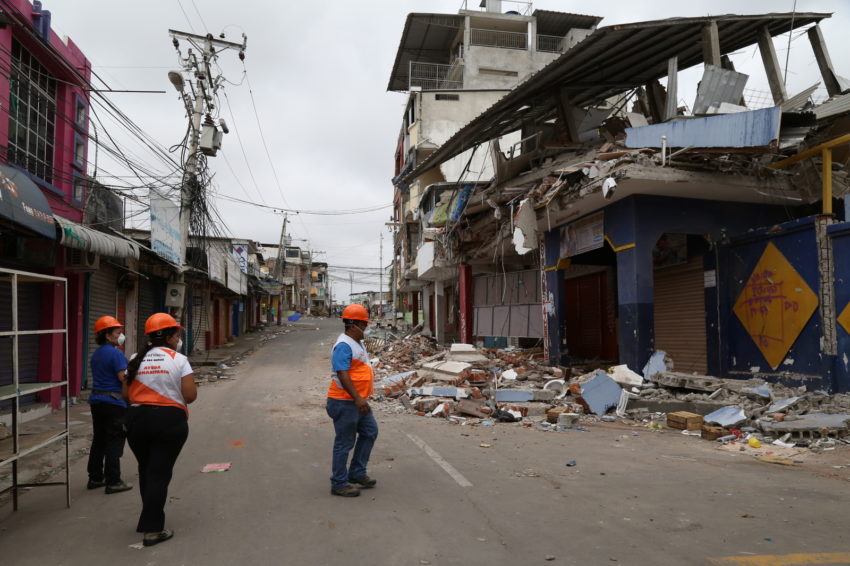 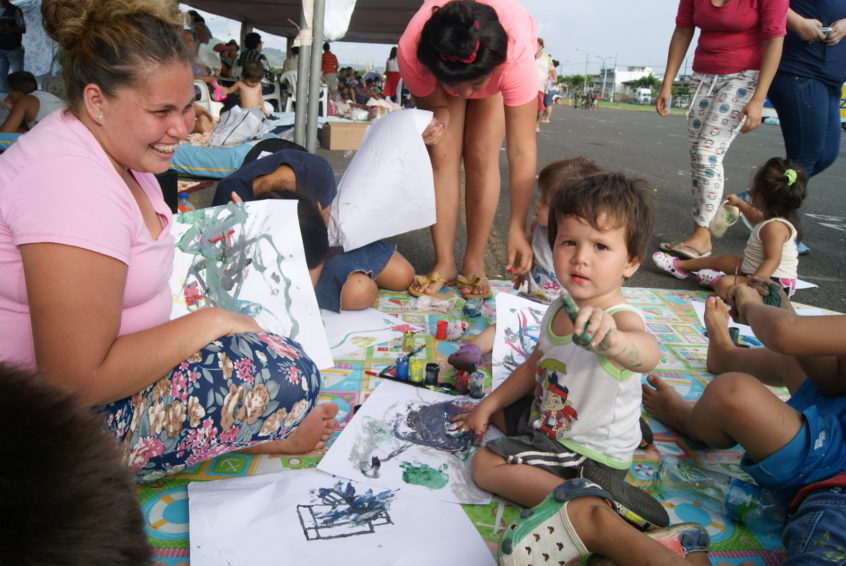 Children play in a World Vision Child-Friendly Space in Portoviejo. Here, children can be safe during recovery and rebuilding after the earthquake. (©2016 World Vision/photo by Julia Carrion) 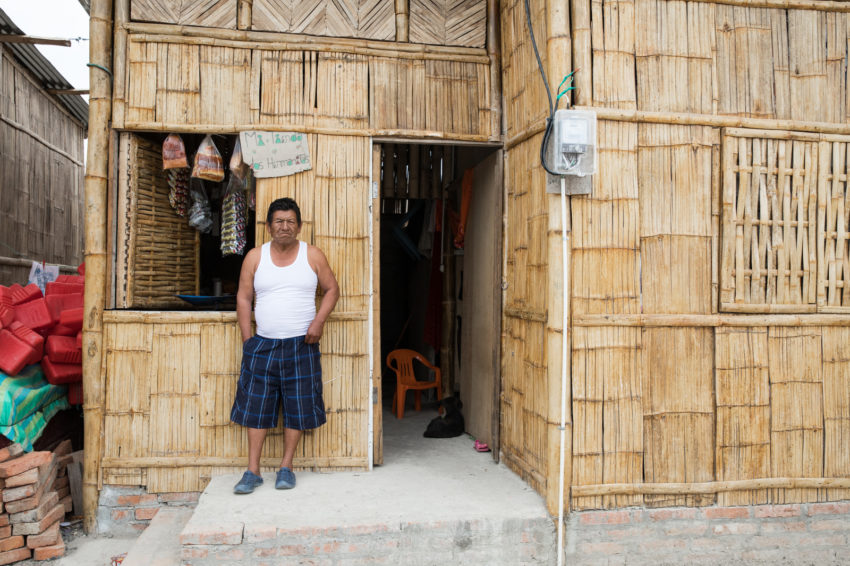 A World Vision cash transfer program made it possible for Juan Baptista to build an interim house and shop in Jaramijó after the 2016 Ecuador earthquake. (©2016 World Vision/photo by Sofia Ziessler-Korppi)

A magnitude 7.8 earthquake rocked Ecuador’s coast April 16, 2016 — killing almost 700 people and leveling homes, schools, and infrastructure. More than 6,000 people were severely injured. The quake’s epicenter was offshore about 17 miles from the town of Muisne in Manabí province and 100 miles northwest of Quito, the capital.

The worst-affected provinces were Manabí, Esmeraldas, Santa Elena, Guayas, Santo Domingo, and Los Rios. After the quake, more than 700,000 people needed assistance. An estimated 35,000 houses were destroyed or badly damaged, leaving more than 100,000 people in need of shelter. Water, sanitation, and healthcare facilities were also destroyed.

“This is the worst earthquake to strike Ecuador since 1987 when 1,000 people were killed. It was a truly terrifying event felt across the country,” said José Luis Ochoa, World Vision’s national director in Ecuador, in the days after the quake. Ecuador, which is located along the Pacific Ring of Fire, experiences many small earthquakes each year.

2016 — Earthquakes and other hazards

FAQs: What you need to know about the 2016 Ecuador earthquake

Explore frequently asked questions about the Ecuador earthquake, World Vision’s response, and learn how to help people recovering from disasters.

What types of natural disasters occur in Ecuador?

Ecuador is located along the Ring of Fire and is an area of intense seismic activity, which means it’s at risk of earthquakes, tsunamis, and volcanic eruptions. In the past 120 years, at least seven earthquakes of a magnitude 7 or above have occurred within 150 miles of the site of the massive 2016 quake. Eruptions of Cotopaxi volcano in the Andes, most recently in 2015, has caused earthquakes too.

Ecuador is also prone to other natural hazards, including drought, flooding, landslides, and forest fires.

Children in Ecuador today benefit from many development achievements of the past 20 years. The nation met its Millennium Development Goals by 2015, reducing extreme poverty, increasing access to education, and improving health and gender equity. However, there is still room for improvement, especially for indigenous people, who make up about 7 percent of the national population.

Indigenous groups are more likely than others to experience poverty, violence, trafficking, and child labor. About 25 percent of Ecuador’s children suffer from chronic malnutrition, but among indigenous groups, more than 42 percent are malnourished.

The legal age of marriage in Ecuador is 18, yet 22 percent of girls marry before they are 18. These girls are more likely to drop out of school and bear children at an early age, endangering their health and perpetuating a life of poverty.

How can I help children and families in Ecuador?

World Vision began operations in Ecuador in 1978, serving rural indigenous peoples with programs for health, education, and community infrastructure. Our focus is still on improving children’s lives in the communities we serve.

World Vision has a strong operational presence in Manabí province, near the epicenter of the 2016 earthquake. At the time of the quake, we were providing aid to communities experiencing flooding. We rapidly stepped up relief to assist newly displaced children and families with basic necessities: food, water, hygiene, and shelter. Child-Friendly Spaces, shelter repair materials, household goods, and psychosocial support followed.

As the result of World Vision’s work in 16 municipalities, at the end of two years: