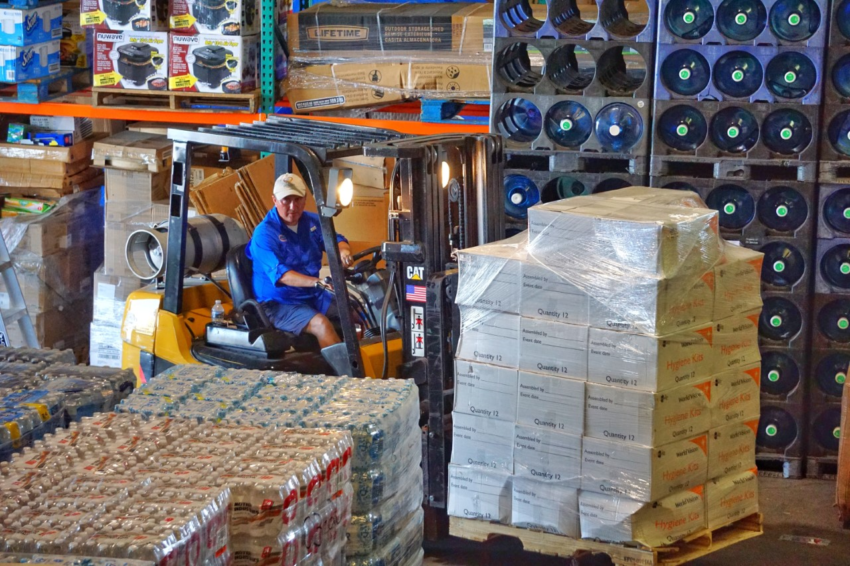 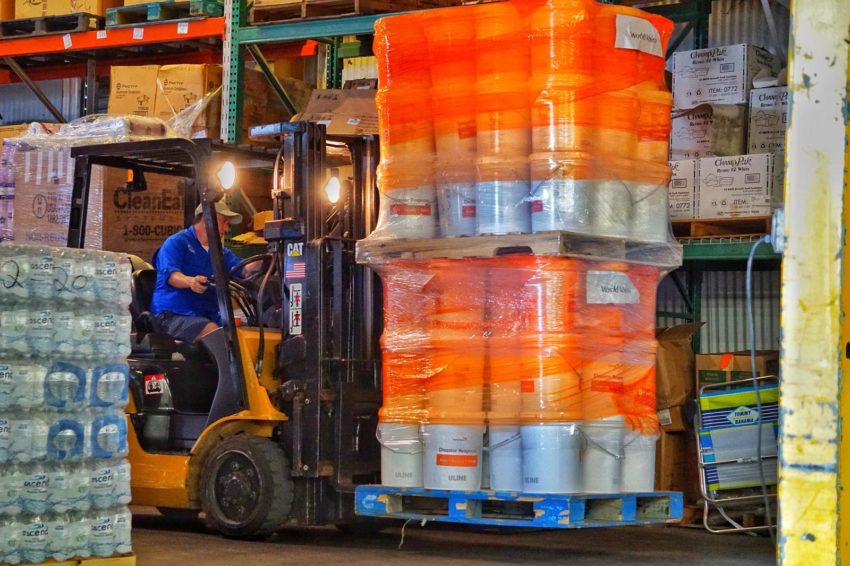 Relief supplies from World Vision are pre-positioned in a south Florida warehouse ahead of Hurricane Dorian’s arrival. Buckets of household cleaning supplies are used by homeowners when they are “mucking out” after flooding. (©2019 photo by Ethan Rincon courtesy of the Benison Center)

The long saga of Hurricane Dorian ended with a bang on Sunday, Sept. 8, as the destructive storm made landfall in Nova Scotia, Canada, knocking out power to hundreds of thousands of people before dwindling and dissipating offshore.

After skirting the east coast of Florida and Georgia the storm impacted South Carolina and North Carolina, including areas that were badly affected by 2018’s Hurricane Florence. On Thursday, Sept. 5, Dorian spawned more than a dozen tornadoes in North Carolina. The slow-moving storm made landfall on North Carolina’s Cape Hatteras Friday morning, bringing heavy rain and high winds.

Dorian entered the eastern Caribbean Sea on Tuesday, Aug. 27, triggering hurricane and tropical storm warnings for both Puerto Rico and the Dominican Republic on the island of Hispaniola. The storm strengthened to a hurricane on Aug. 28 as it pounded the U.S. and British Virgin Islands.

Fast facts: What you need to know about Hurricane Dorian and the 2019 hurricane season 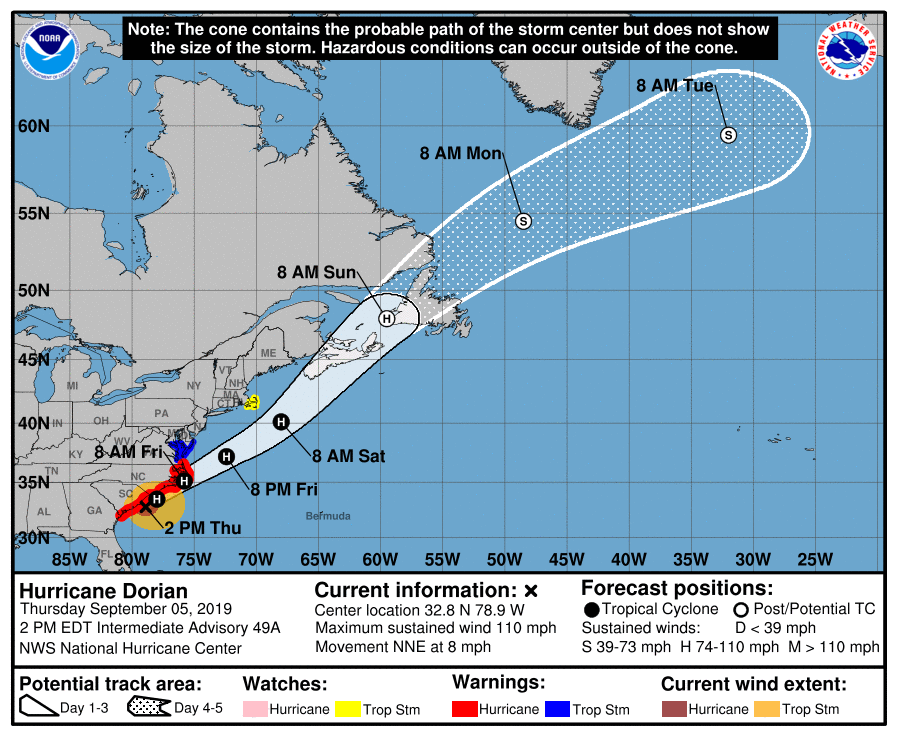 What’s the difference between a tropical storm and a hurricane?

A tropical storm has wind speeds between 39 mph and 73 mph. A hurricane’s wind speeds range between 74 mph and 110 mph.

The different categories of hurricanes are also based on wind speed. Categories 1 and 2 have wind speeds of 74 to 95 mph and 96 to 110 mph respectively. Categories 3 and above produce even higher wind speeds and catastrophic damage. These are considered major hurricanes.

How can I help people affected by tropical storms and other disasters?

Give: Your gift will help to provide relief to people affected by disasters in the U.S. like Hurricane Dorian.

World Vision maintains a system of pre-positioning sites in the U.S. that allows us to dispatch emergency relief supplies quickly when a hurricane or other disaster strikes. Ahead of Hurricane Dorian, truckloads of relief supplies were shipped to partner organizations in Daytona Beach and Immokalee, Florida, to be ready for distribution to hard-hit areas.

During and after a crisis, we provide food, water, hygiene, and other basic relief items, including clean-up supplies and toys for children. Our goal is to support local churches in their outreach to families, not only in the short-run but also through the arduous process of rebuilding homes and lives.

“We’re praying that it won’t be bad on us this time, but we’ve got lots of volunteers ready to respond if needed,” he says.

Pastor Barnett says river flooding after last year’s Hurricane Florence cut off the southern part of Lenoir County from emergency services. He worries that could happen again if Dorian brings lots of rain.

“Each of these storms is different, but we’ve learned a lot from that experience,” he says. “World Vision’s help was a big blessing to us then.”

World Vision is currently responding to more than 50 disasters around the world. Hurricanes, floods, droughts, earthquakes, and natural disasters are among them, also conflicts and refugee crises.