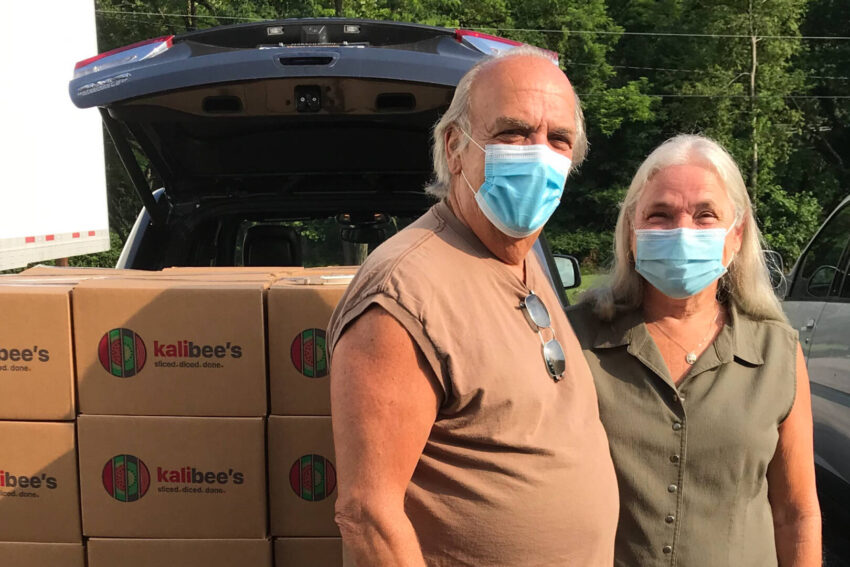 For 27 years, Cathy Riley taught at a private preschool in West Virginia. Two knee-replacement surgeries finally prompted her to retire. But for Cathy, retirement wouldn’t mean a life of leisure.

“Being a teacher, you have so much responsibility and all of a sudden that’s all gone,” she says. “That’s why I thought I need to get out and do something.”

Cathy discovered The Mustard Seed in Clarksburg, West Virginia. The ministry started through a partnership between the Catholic, United Methodist, and Presbyterian churches. Their mission: to serve vulnerable people in the community. They have a large food pantry and provide clothing and other essential items to families.

Clarksburg was once home to plate glass and curved glass-making factories. As the industries moved overseas, the population dwindled too.

Before COVID-19, the ministry relied on nearly 60 volunteers to help run the daily activities. But when the pandemic hit in full force, the organization’s volunteers dropped to about 15. Cathy was one of them who remained.

When World Vision offered Fresh Food Boxes to The Mustard Seed, Cathy offered to make the 60-mile round trip drive to Philippi, West Virginia to pick up the supplies. She recruited her husband of 44 years, Bill, to help with the heavy lifting.

“That’s something that we can do together,” Cathy says. “We both are wanting to help people to the best of our ability now that we have the time.”

Cathy witnesses the need more now than she did during her teaching years. “I taught at a private school and we had lots of financial help. We didn’t really have to go without too much at our school,” she says. But now she sees a different side of Appalachia. “There are people that are not having any food on their table and the kids are going hungry.’”

Prior to the partnership with World Vision, volunteers at The Mustard Seed found themselves sometimes feeling like they couldn’t be as generous as they would like for fear they’d run out of food and other essential supplies. But then their mustard-seed faith would show up, followed by God’s provision at just the right time.

Now because of the partnership with World Vision, they’re more certain of when supplies will arrive. With the addition of the Fresh Food Boxes, Cathy says, “With the ham and veggies and stuff, we can just give out because we know that next week we can go and get more.”

Cathy understands the struggles families are facing because of the pandemic. Early in their marriage, Bill was laid off. They had two little children. They wondered how they would make ends meet. “It was hard,” she says. “We were making it, but not by much.”

But faith has always been important in her life. She’s seen evidence of God’s bounty as she volunteers. “It just seems like when things are getting low or you’re getting a little discouraged, there’s always something that will come along and prop you back up,” she says. “The Lord will provide.”

She and Bill get to be part of that bounty as they lean into their service-filled retirement. They get to share their mustard-seed faith experiences. 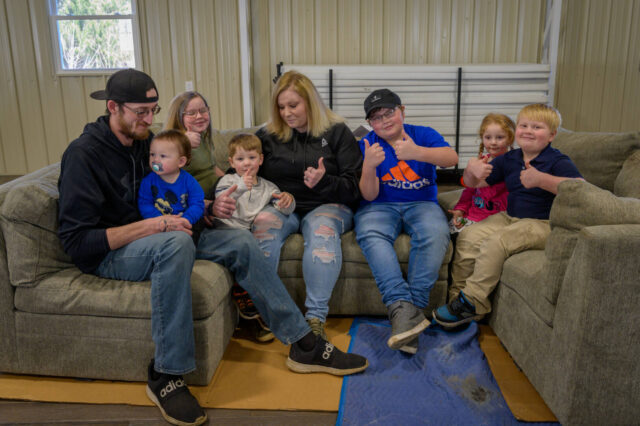 Gift of furniture helps bring a family together 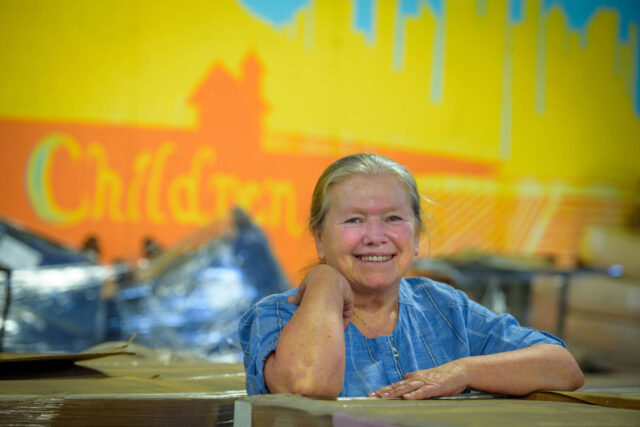