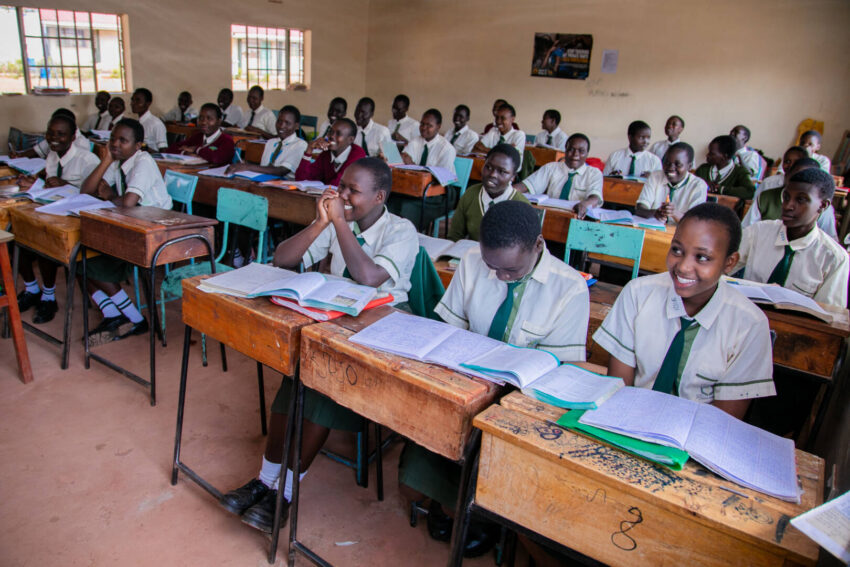 In rural Kenya, teenagers at St. Elizabeth High School for Girls have the chance to attend school instead of getting married, thanks to community-led shifts in attitudes toward girls’ value and role in society. (©2022 World Vision/photo by Chris Wanga)

Child marriage and forced marriage are violations of child protection and human rights. This widespread, harmful practice not only compromises a child’s development; it also severely limits their health, wellness, and opportunities in life. And yet, globally, at least 12 million girls per year are married before the age of 18.

FAQs: What you need to know about child marriage

Explore facts and frequently asked questions about child marriage, and learn how you can help end it.

What is child marriage?

At its core, child marriage — where one or both parties are children under 18­ — violates child protection and human rights. Many factors can lead to child or forced marriage — from financial or food insecurity to cultural or social norms. Whatever the cause, it compromises a child’s development and severely limits their opportunities in life.

While child marriage is far more likely to happen to girls, in some countries, it’s not uncommon for boys to marry before the age of 18. Often, a younger girl is married to an older man.

How is forced marriage related to child marriage?

A key characteristic of forced marriage is the absence of one or both individuals’ full, free, and informed consent to the marriage. Marriage is considered forced when children are not in a position — legally or otherwise — to offer this kind of consent.

How many child brides are there in the world?

About 650 million women alive today were married before their 18th birthday. Worldwide, about 21% of girls are married in childhood. That’s 12 million girls under 18 every year — or 22 girls every minute.

Why does child marriage happen today?

The causes of child marriage are complex and varied. It’s motivated by different factors across communities and regions — sometimes even within the same country. Overwhelmingly, child brides come from the world’s most impoverished nations.

In addition to poverty, preserving family honor or providing “protection” for the family, social norms and customs, and religious beliefs can all factor in to children being forced into marriage.

Where does child marriage happen most?

Child marriage is a global problem. It cuts across ethnic, cultural, and religious lines and can be found in almost every region — from Africa to the Middle East, Asia to Europe to the Americas.

In West Africa, Niger has the highest rate of child marriage globally — 76% of girls in Niger are married before the age of 18. Other countries in sub-Saharan Africa, like the Central African Republic and Chad, also see more than half of all girls married before their 18th birthday.

How are poverty and child marriage connected?

For parents with several children or families living in extreme poverty, child marriage is simply a way to help alleviate their desperate economic situation.

In communities where a girl’s family pays a dowry, marriage at a younger age can mean a lower expense. In other communities, the economic transaction is reversed, and a man will pay a bride price to the parents of a girl to marry her. In these communities, younger girls often fetch a higher price, since they presumably have more time to dedicate to their new family and bear more children.

Girls are sometimes married to help offset debts, settle conflicts, or to bring in money when families are struggling financially. Overall, child marriage creates many economic incentives for parents to marry off their young girls — whether for financial security or gain. Sadly, the practice also tends to trap girls and their children into a lifetime of economic disadvantage.

While poverty is a key cause of child marriage, it’s also an ongoing consequence. Robbed of the chance to grow, learn, and fully realize their potential, child brides are disempowered, especially in developing countries with limited economic opportunities. Without an education, women who were married as children can’t end the cycle of poverty for themselves or their family.

Why is child marriage harmful?

Child marriage has far-reaching effects on girls’ physical and mental health and lifelong opportunities. Girls who marry as children are less likely to reach their full potential. They face separation from family and friends during a critical stage of their lives. They’re expected to take on the role of a grown woman — running a household and raising a family — rather than going to school and participating in healthy social activities and age-appropriate play. A child bride usually doesn’t get to choose her own future.

How does access to education for girls help reduce child marriage?

Girls who have no education are more likely to marry before 18 than girls who attend secondary school or higher. When girls have access to education, they develop the knowledge and confidence to make important life decisions for themselves — including if, when, and whom to marry.

How can I help end child marriage?

What is World Vision doing to help end child marriage?

Wherever World Vision works, we make child protection a priority. We empower children with educational opportunities. We partner with their families and communities — men, women, boys, and girls — to help everyone understand a girl’s worth and potential. For programs to succeed, everyone needs to work together to help transform harmful practices.

As girls grow into women, our work in maternal, newborn, and child health plays a critical role in improving the health of mothers and babies. We educate community members on the importance of supporting women during pregnancy and motherhood and on the healthy timing and spacing of pregnancies.

Child brides aren’t the only ones harmed by child marriage. Communities, countries, and entire generations suffer the lasting impacts of child marriage when girls aren’t educated and empowered. By contrast, allowing girls to stay in school has serious payoffs, including reducing poverty and inequality and growing girls’ confidence, knowledge, and skills. That’s why World Vision prioritizes gender equality in our work to help communities achieve sustainable development, economic growth, and better prospects for their children — both boys and girls.

Jasmine Owen of World Vision’s staff in Canada and Sevil Omer from World Vision U.S. contributed to this article.

Show God’s love to a girl in need.