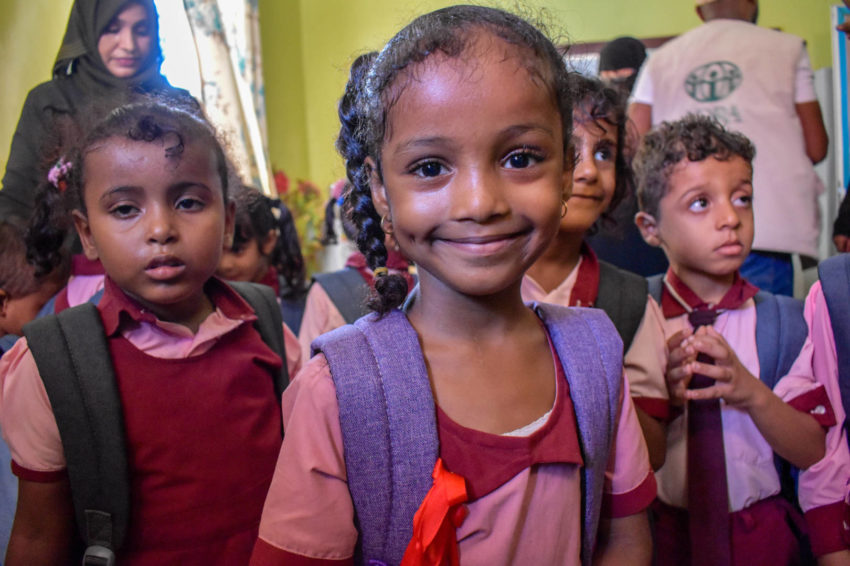 Children in Yemen are affected by ongoing conflict, and the nation’s infrastructure is crumbling. (©2019 World Vision/photo by Evany Debone)

Ahmad*, 4, and his family are among more than 900,000 people in northwest Syria who fled to informal camps since December 2019. Cold weather and poor living conditions are endangering the lives of children. *Name changed to protect identity. (©2020 World Vision/photo by Omar Braika) 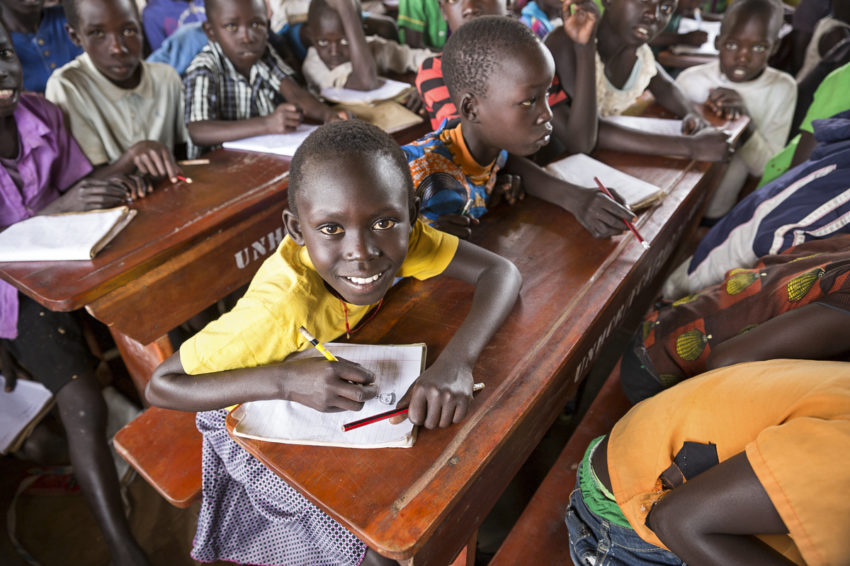 South Sudan refugees Doruka, 8, (center) and her sister, Sejarina, 10, (right), walked for a month in 2017 with their grandmother and brothers to reach safety in Uganda. Now the girls are thriving in school. World Vision provides food aid, household goods, children’s activities, and livelihood programs for refugee families like theirs. (©2019 World Vision/photo by Nick Ralph) 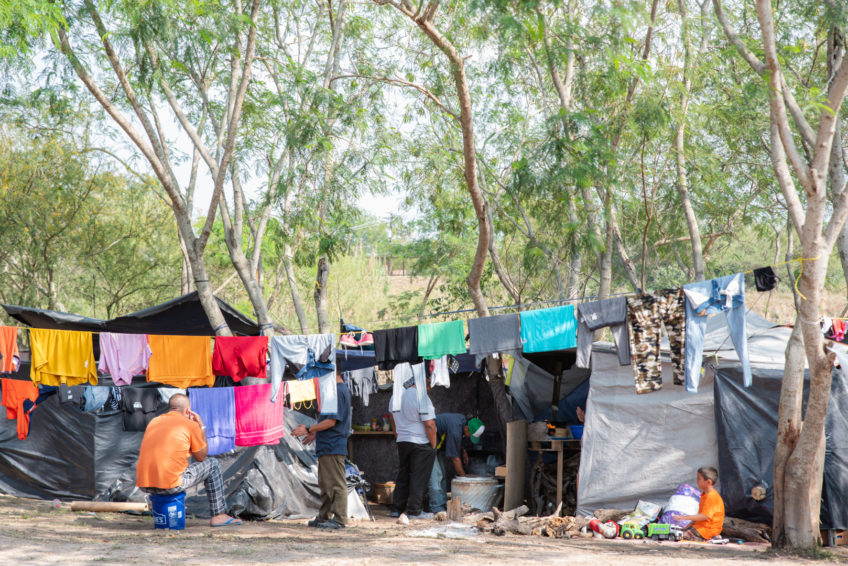 More than 2,500 people, most of them Central American migrants, have tried to create a semblance of shelter in a city park in Matamoros, Mexico, near the U.S. border. Children and families fled their homes, mostly due to violence and insecurity. Some have waited nine months for asylum hearings and hopes of a new life in the United States. A local pastor ministers to the camp residents and distributes World Vision supplies, including tents, tarps, blankets, hygiene kits, diapers, and food kits. (©2020 World Vision/photo by Andrea Peer)

Our world is full of hurting families and nations torn apart by war and violence. Nearly 2 billion people — about one-third of the world’s population — live in countries with conflict, violence, or fragile internal systems, according to the World Bank. These are places with the greatest humanitarian needs, where children, families, and communities struggle to acquire the basic necessities of life.

It can be difficult to know how to help people in need. Through prayer, we can “seek peace and pursue it” (Psalm 34:14). Pray with us for peace for fragile contexts and conflict zones and for children and families living through difficult times.

Pray for peace in Yemen.

Civil war in Yemen has caused the world’s largest humanitarian emergency. About 24 million people — 80% of Yemen’s population — need aid. Violence, hunger, and deprivation are taking a terrible toll on children. Learn more about the conflict in Yemen.

Merciful God, we pray for peace to rule our hearts and that of the people in Yemen. Teach us to follow Your example, to care and show compassion to people in need. Give us the strength to help lift the fallen and give them hope.

Pray for people in the Northern Triangle.

Millions of people in Honduras, El Salvador, and Guatemala — countries that make up Central America’s Northern Triangle — suffer from poverty, violence, and lack of opportunities. Without hope for improving their lives at home, many risk everything to migrate to North America. Read about what World Vision is doing to make life better in Central America and to help migrants.

Heavenly Father, bless your children in Central America who live in fear and poverty. May they find hope in You and opportunities to pursue education, employment, and prosperity.

Pray for Syrians affected by conflict.

Since 2011, Syria’s civil war has torn apart the country and sent 12 million people — about as many as live in New York City and Los Angeles — fleeing for safety. Many Syrian children don’t remember a peaceful life before bombing and death became daily realities. Learn the facts you need to know by reading our Syria FAQs.

Dear Lord, bring hope to children and families who have lost everything to conflict in Syria. May they find peace in You and courage to rebuild their lives and country.

South Sudan has existed as an independent country for almost nine years and has been engaged in civil war for seven of them. The brutal conflict has seen about 400,000 people killed and 4 million displaced, including 2.2 million who fled the country as refugees. Millions depend on aid for food, water, sanitation, and healthcare — the most basic needs. Find out how World Vision is helping people in South Sudan and those who’ve fled as refugees.

Prince of Peace, inspire South Sudan’s warring leaders to restore calm and civility so that their fledgling nation can be a haven where children can grow into all You intend them to be.

Pray for peace on Earth, especially for people living in unstable countries.

Haiti, Venezuela, Lebanon, Afghanistan, and Iraq are among the countries in particular need of prayer because of political instability. In these countries, people in need often sink deeper into poverty.

You, Lord, are our Rock and our Salvation. Stand with us so that we are strong in doing Your work in the world. Unite us toward a common goal of peace and prosperity for all.

Elizabeth Hendley of World Vision’s staff in the U.S. contributed to this article.