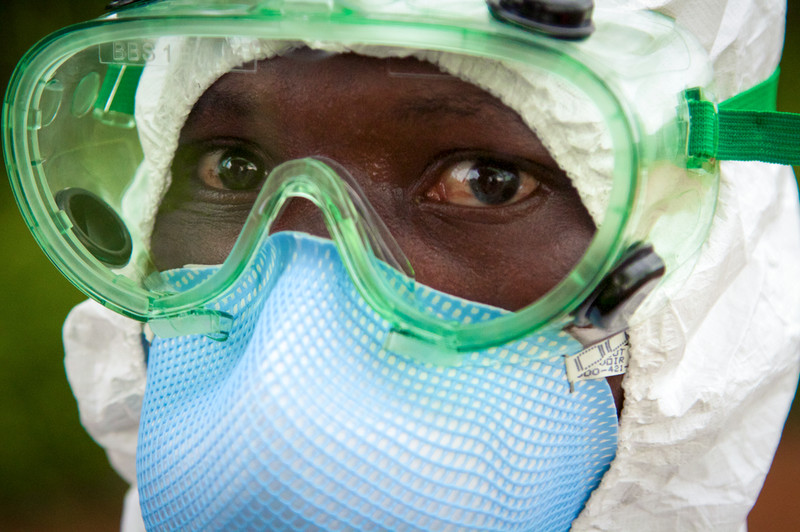 Ranking 15th on the Fortune 500, McKesson Corp. may seem too busy — or too big — to care about remote African villages.  Yet in spring 2014, as Ebola erupted in West African countries, McKesson Account Manager Toby Capps huddled with World Vision staff to answer one question: How could McKesson, the largest healthcare services company in the U.S., and World Vision join forces to help reduce Ebola — and relieve its unspeakable suffering?

In fact, for a decade Toby has spent each Tuesday afternoon at World Vision’s headquarters near Seattle, crafting new ways McKesson can help address international medical crises. The partnership was forged in the early 2000s when HIV and AIDS were raging across Africa, and isolated community volunteers had few medical resources to care for their neighbors.

The answer to this critical need was to ship hundreds of thousands of HIV and AIDS Caregiver Kits to rural African communities and distribute them to trained volunteer caregivers.

So as Ebola began its rampage, one thing was clear: Rural caregivers had few medical supplies to protect themselves from the disease. Again, McKesson and World Vision stepped up to challenge. “We were brainstorming about an Ebola Kit from the minute the crisis hit,” Toby says.

God has always come through and allowed us to find a way to meet those needs to serve these amazing caregivers in Africa.—Toby Capps, McKesson Account Manager

McKesson quickly donated 4 million pairs of gloves, providing basic protection for under-equipped health centers in Sierra Leone. Plans for Ebola Kits filled with protective masks and gowns, bleach, and more were under way — but soon hit a roadblock after the CDC (Centers for Disease Control and Prevention) issued a list of products every hospital in America needed to help prevent the Ebola crisis.

U.S. manufacturers’ shelves were stripped bare as hospitals nationwide anticipated the highly contagious virus coming their way. Little was left to send to countries where Ebola was already killing thousands and infection rates doubled every week.

But McKesson wouldn’t give up. “We got manufacturers to put in more lines to manufacture more product than they had before,” Toby says. “They started doing two or three shifts per day instead of one shift — and giving it to us at great pricing because it was for World Vision, going to Africa.”

Since then, corporations, churches, and even college football teams have volunteered their time to assemble thousands of kits that are being sent quickly to Sierra Leone caregivers in hospitals and homes.

“God has always come through and allowed us to find a way to meet those needs to serve these amazing caregivers in Africa,” Toby says.