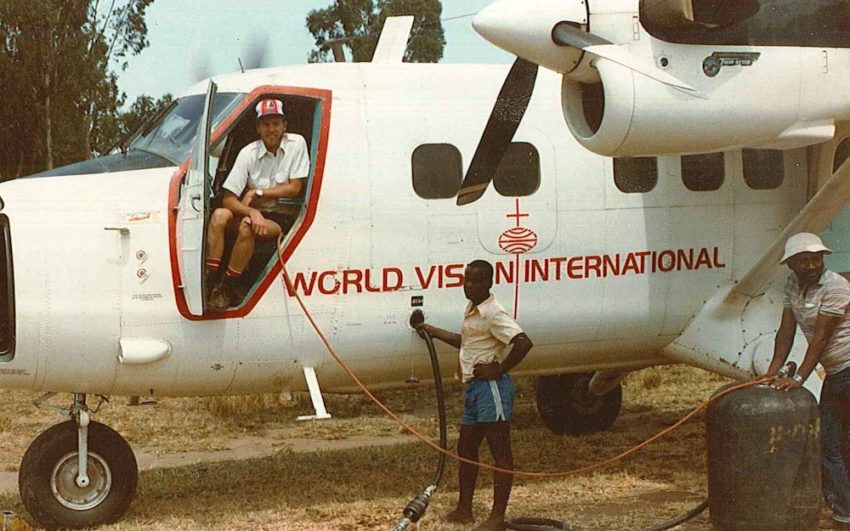 This Twin Otter airplane was used by Will Rew (cockpit) and teammates Keith Ketchum, Dave Donkersloot, and Andy Galloway (not pictured) to provide emergency food to people devastated by Ethiopia's famine in 1984. It also shuttled a group of BBC journalists to northern Ethiopia, where they captured footage to alert the world to the situation there. (©1984 World Vision/photo by Keith Ketchum) 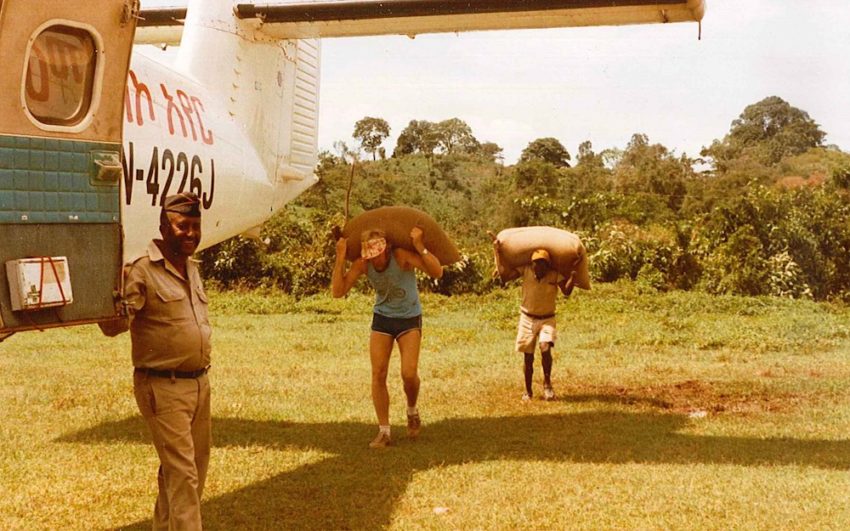 In 1984, Will Rew, then 31, and Keith Ketchum, then 25, flew aid missions that provided a lifeline to thousands of people starving in Ethiopia.

For about 12 hours a day, they ferried emergency food and supplies to far-flung communities stricken by drought and famine. Each flight of their de Havilland Twin Otter plane could haul up to 2 tons of food to help people stave off hunger, sickness, and death.

Conflict in the northern provinces of Tigre and Eritrea added to the people’s agony and limited relief agencies’ access to communities hardest hit by the drought. And Keith got a little miffed Oct. 19 when orders came down to take BBC reporters, rather than food, to those northern communities. But the BBC wanted to go there, and World Vision was willing to take them.

So for three days, the two aviators shuttled BBC reporters Michael Buerk and Mike Wooldridge with cameraman Mohammed Amin in World Vision’s small, twin-engine plane between the capital city of Addis Ababa and northern towns of Mek’ele, Korem, and Alamata.

During their visit to one of the worst sites — Mek’ele — Keith carried Wooldridge’s recorder as Mike documented the hordes of emaciated and sick people huddled in makeshift feeding shelters, waiting for help.

Keith remembers seeing Mike with a group of families in Mek’ele when they suddenly went eerily silent. “He looked at me, very seriously, and said, ‘This story tells itself.’ He wanted his words to be punctuated by the pain and agony that he was witnessing.”

The assignment was also dangerous. Will says that on one occasion, they dropped the news crew off in one town and parked the plane overnight in another one that was safer.

Then, as quickly as they came, the journalists left, and Will and Keith returned to their life-saving missions, oblivious to the implications of having that BBC crew aboard.

“You fly grain, or you fly the BBC, or whatever,” says Will. “It was just another part of the adventure.”

But in London, 30 years ago on Oct. 23, the three journalists told the story of a “biblical famine” endangering an African country.

Their reporting opened the world’s eyes to the plight of millions of Ethiopians devastated by years of drought.  It inspired a global wave of aid and support, including unprecedented fundraising by the era’s biggest music stars.

“I now have a very high estimation of journalists,” Keith says. “If the world didn’t know, there wouldn’t be any grain to fly or any donations to fuel the planes.”

Anyone MAF hired for this work had to be single because they likely would get shot at while on mission, says Dave Schlener, who flew for Mission Aviation Fellowship (MAF) and World Vision in Ethiopia from 1979 through 1982.

Will and Keith had spent most of 1984 flying relief missions for World Vision and MAF. For them, the sacrifices were worth it. They ran the Twin Otter to its limits, hauling 20 220-pound sacks of food at a time. They kept it running all day to deliver food and supplies quickly and efficiently.

We could tell people, ‘yes, indeed, aid is getting to the people — we dropped it off this morning.’—Keith Ketchum, World Vision pilot during Ethiopia famine response

Despite the dangers of getting the news crew into the north and the challenges of accommodating the influx of foreign journalists in the weeks after that Oct. 23 report, Keith knew the story had to be told. And they were also able to share their personal experiences.

Keith says, “We could tell people, ‘Yes, indeed, aid is getting to the people — we dropped it off this morning.’”

In the decades since the catastrophic drought, World Vision has worked with Ethiopia’s government and hard-hit communities to empower families to improve their lives.

Transformation is evident in the lush green farmlands and forests that cover Korem, the Antsokia Valley, and other places. Now, World Vision operates in more than 80 districts nationwide.

As for the pilots, Keith, now 55, proposed to his then-girlfriend the day after the BBC piece aired, and the two later married. He still serves MAF around the world as an aircraft maintenance engineer.

After seeing the dynamic improvements in Ethiopian communities to which they once shuttled emergency food supplies, the aviators feel inspired.

“It really is astounding,” says Keith, who lived in Ethiopia again in the mid-1990s and saw the bountiful turnaround. “It was a dustbowl.”

The transformation impacted Will as well.

“You leave thinking, ‘Wow, this is virtually unsolvable,’” Will says. “Then you see, with time, it actually is solvable.” 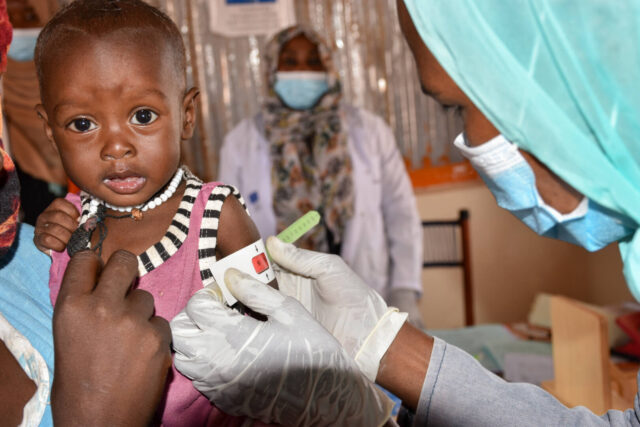