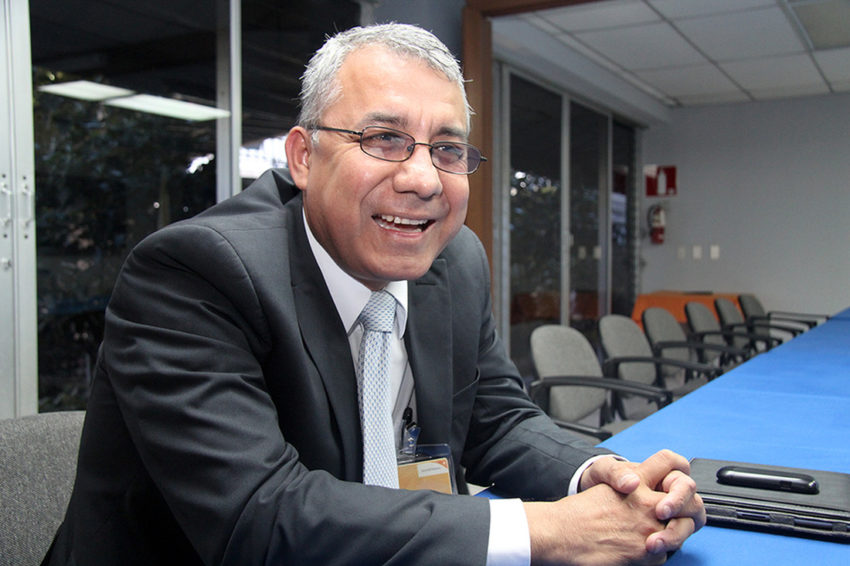 "We all need an inspiration in life, and being sponsored was mine,” says José Santiago Avelar, a former sponsored child who is now president of an Adventist association in El Salvador. (©2013 World Vision/photo by Katia Dalila Maldonado)

In the late 1970s and early 1980s, José Santiago Avelar’s family was swept up in a tide of hardships, due largely to El Salvador’s military dictatorship. Through the decades that followed, 44-year-old José discovered a new path to freedom that no form of oppression can derail.

His journey started humbly. The eldest of four children in a poor family, José’s parents wanted the best for him. In 1978, they made a decision that would change his life.

Because they couldn’t afford school fees for José or his siblings, his parents were forced to pull their children out of public school and enroll them into a school at the family’s church — a fortuitous decision.

“The school’s principal sought sponsorship to benefit all of us,” says José. “There were around 50 children who became sponsored by World Vision.”

Child sponsorship paid for José’s school fees, uniforms, shoes, and supplies up to sixth grade. “My life was impacted by knowing there was someone interested in me, in my well-being,” says José, remembering the thrill of writing to his American sponsor.

“I remember that once I made a drawing for him of the cartoon Pow Wow. I don’t think I did it very pretty, but I drew it with  love,” he says.

World Vision’s educational support “pushed me to move forward more and more. The most important thing was to know that someone behind me was interested in making my dreams come true,” says José.

In 1988, José pursued those dreams by moving to Guatemala to study teaching at an Adventist training institute. He graduated as a primary school teacher in 1991 and went to Costa Rica to earn his bachelor’s degree in theology.

Returning to El Salvador, José married Elizabeth, who was also sponsored through World Vision as a child.

Since then, José has served as a pastor in several churches and prison ministries, and he was also a principal at a Christian school. Now, he is president of an Adventist association that supports 140 churches. José is the first and only professional in his family.

Despite losing two of his siblings during El Salvador’s civil war, José moves forward with a positive attitude. He sings the praises of child sponsorship’s effectiveness.

The impact of child sponsorship — inspiration

“I would like to bring together all of my community’s past and current sponsored children to show the world that sponsorship works! We all need an inspiration in life, and being sponsored was mine,” he says. “Do not be afraid to invest. The best investment a human being can make is to invest in another human being.”

The assurance that sponsorship support provides taught José that God was giving him the opportunity to be whoever he wanted to be. He says, “Do not abandon your desires; God is giving you the victory.”

José is passing down his faith to the next generation — his two children, David Alexander, 13, and Elizabeth Alexander, 12, are both active in their church and part of El Salvador’s National Youth Philharmonic. “I am proud of my children,” says José. “Our dream is for them to be useful to God, to the church, and to society.

“If you want to touch the heart of God, there is only one way: by helping others,” says José. “Remember that God gave us his greatest offer of love — the greatest giver is our Father.”