In the heart of the Buhera district in eastern Zimbabwe’s Manicaland province, sits a green oasis. Young boys fish from water created by a weir dam. Farmers tend to vegetable crops fed by an irrigation system from the dam. Community members plant fruit trees on the outskirts of the crops.

“This is a very helpful project because it’s very dry,” says Ruramai Tipi, the chair of the local irrigation committee.

Buhera is known in the province as being a mini desert — a very dry area made drier by inconsistent rains during each year’s rainy season, August through February, over the past 20 years. As the seasons got harsher, community members grew frustrated and impatient with government agriculture extension workers, who they felt didn’t understand their problems. So they wouldn’t listen to their advice.

Their crops continued to wither. It was so difficult for families to grow anything that most would travel up to 50 miles away to other communities to buy produce.

“But now we do it here,” Ruramai says with a smile.

In 2014, World Vision introduced the community to ENSURE, a USAID-funded project designed to increase food security and families’ livelihoods and resiliency, especially in the face of recurring droughts. Program leaders worked with community leaders to create a vision for a weir dam and watering system that would provide year-round irrigation for farmers.

“Irrigation development has been key,” says Richard Ndou, who has served as chief of party overseeing the entire ENSURE program. “The droughts are two forms. The rainfall patterns are very low, and you don’t make much production of crops from those rainfalls. Or it could be the issue of the distribution of the rains — they come in a short space of time, and they’re gone. … In agriculture, you have to have distribution of effective rains. Irrigation development has been the key area to address that.”

Over the course of two years, more than 250 community members helped build the dam and irrigation system — all manually using materials provided by the ENSURE program. Ruramai was one of the volunteers who helped on the massive project. The 47-year-old is a mother of four, and her husband died of an asthma attack in 1996 when she was pregnant with the fourth. Being a widow in this part of the world comes with stigma and prejudice, so Ruramai never thought her life would amount to much after her husband’s death.

When they completed the dam in 2016, the community elected Ruramai to serve as the irrigation committee chair, overseeing its operating, repairs, and plots.

“People chose me after seeing certain qualities,” she says, referring to how hardworking she is. “I’m a widow, and they still managed to see me as someone who could lead.”

Under her leadership, the dam and irrigation system is now changing life in Buhera. About 70 families have bought plots that the irrigation system feeds into. On a larger scale, across all the ENSURE program areas, more than 4,500 households now have access to 282 acres of irrigation land.

“Because of the drip system, we plant two to three crops a year,” Ruramai says.

Farmers have been amazed by what the irrigation system has allowed them to do.

“A lot has changed!” says 50-year-old Lucky Chikuwa, who is a member of the irrigation committee and also serves as a village head. “Crops we’re planting, we never thought we’d plant!”

He says they now can plant beans, butternut squash, and — more astonishingly — maize.

“Because it’s a dry region, we never had maize,” Lucky explains. “Because of the irrigation, we now have maize and rotate it with other crops.

Now that farmers can not only have successful crops during the normal planting seasons but also rotate their crops throughout the year, many people are growing their own food and growing enough to sell and make money. Having income has a trickle-down effect on families as well, says Clever Moyo, a 59-year-old member of the irrigation committee.

“We didn’t have water,” Clever says. “We now have irrigation and money to pay for school fees.”

Another aspect of the program is educating people about nutrition and how it affects health.

“ENSURE encourages us to grow healthy foods in the garden,” Ruramai says. Having a variety of foods that provide proper nutrients has had a visible impact already in a short time period. “Children that are stunted, you don’t see it anymore. I am much healthier too.”

In addition to growing vegetables, members of the irrigation committee that Ruramai oversees have planted fruit trees in the area and continue to plant fruit trees along the perimeter of the farming plots. Now families have access to fresh mangos, guavas, and oranges. She notes that they give oranges to people when they’re sick so they get a vitamin boost to help them heal. The committee also filled the dam with fish, so now locals have a good source of protein because “our children can fish for food,” Clever says.

Beyond the farming and nutritional improvements, Ruramai and the rest of the farmers are now building better relationships with local resources that the community will have access to long after the ENSURE program ends.

“ENSURE encouraged us to make use of the agriculture extension workers because they’re not out of touch to us,” she says of the people they used to feel didn’t understand them and their needs. Now when the government workers are there, the people are asking questions and listening to input and suggestions.

With so many more crops than they previously had, farmers also had to learn how to better harvest and store foods.

“Before, the vegetables didn’t last long,” Ruramai says. “They would mold. ENSURE taught us how to process properly.” They also learned proper hygiene as they processed.

One of the hygiene lessons the community learned was the importance of proper sanitation so that all their farming efforts aren’t for nothing because of human waste entering their water source through open defecation.

“ENSURE encouraged many households to build toilets,” she says. And people have. “Churches don’t have buildings. They often meet under large trees, and even they are building toilets.”

Ruramai also joined a savings group. She says it has changed her life. Through the savings groups, people pool their money and are able to take out loans from the group, which are repaid with interest. At the end of a set period of time, group members then divide the money they saved and are then able to buy more expensive items, such as livestock.

“The community never kept goats and cattle, and now we keep them on a large scale,” Lucky says with pride.

Ruramai says community members also learned more about proper livestock production, how to raise goats to sell, and how to properly care for the animals. For instance, goats now sleep in a raised bed instead of on a mat so that they are healthier. And with water closer, it helps their animals stay hydrated as well.

“It’s a significant change,” Clever says. “Cattle used to travel long ways — 10 to 15 kilometers — and there could be crocodiles.”

After six years of so many changes, it was time for one more lasting change — a formal transfer of authority. So in February of 2019, ENSURE staff, local leaders, and the community had a celebration ceremony marking the progress made and officially transferred the program management to the community members. To mark the commemoration, a beautiful stone plaque was erected on the edge of the irrigation field. It stands high in the field, just as the farmers now stand tall with hope and pride from all they have achieved and all they know is to come.

More stories of how ENSURE has changed lives 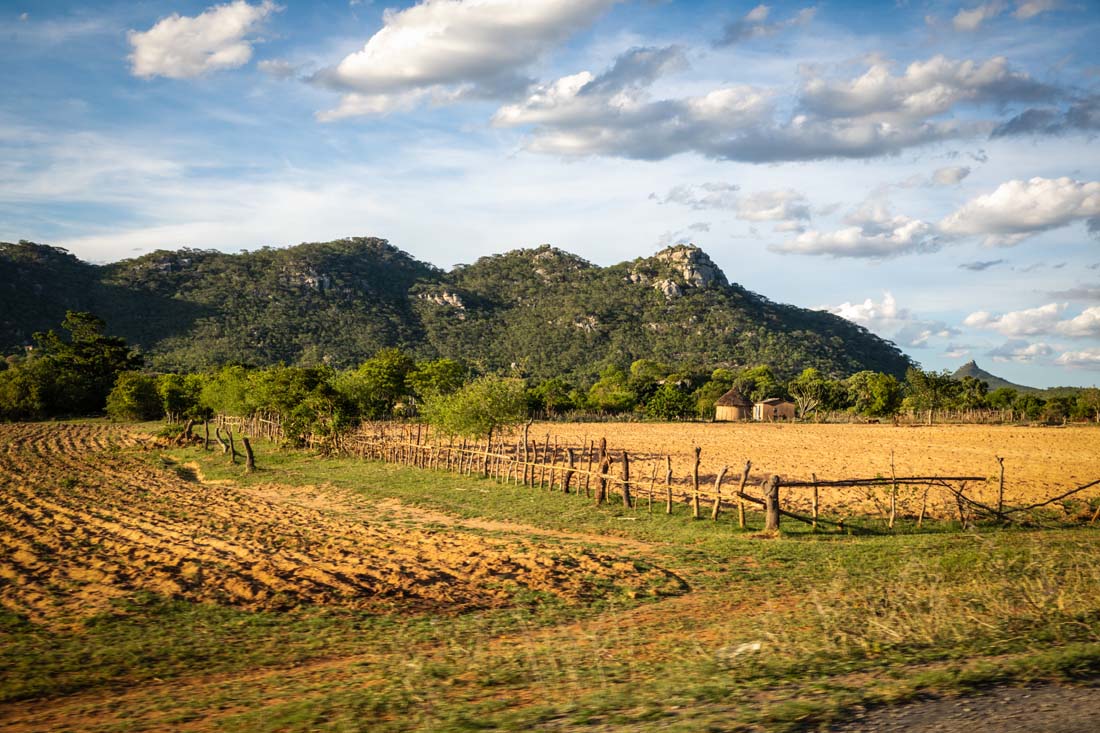 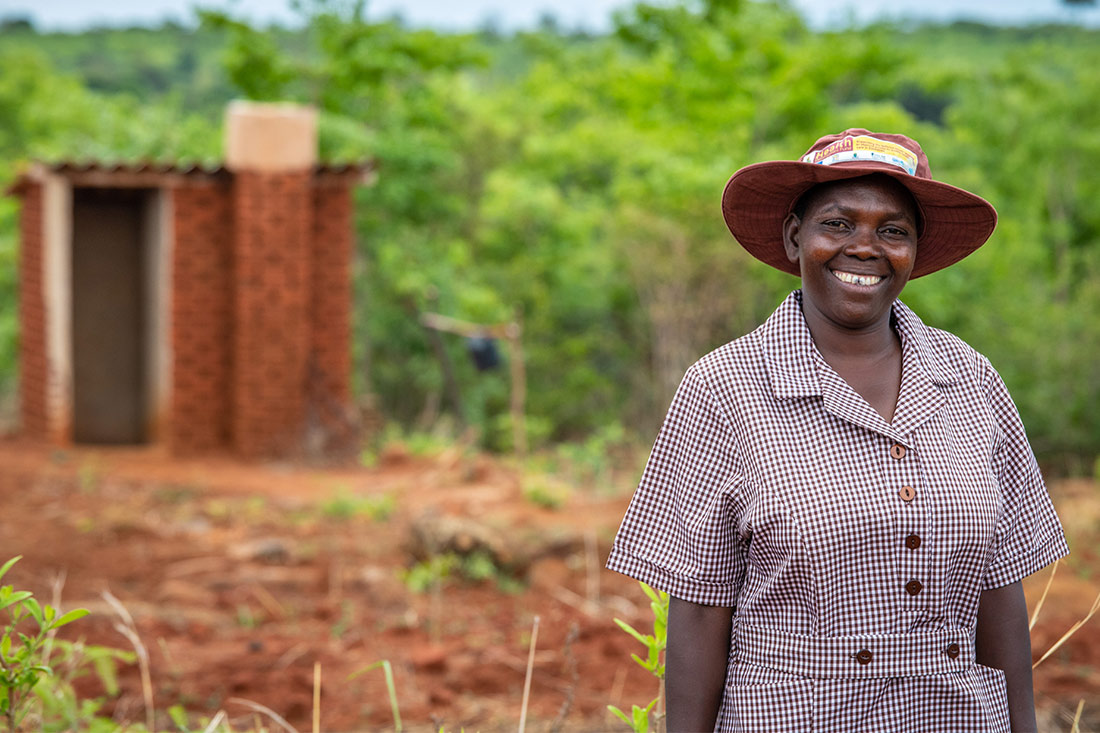 'I feel like a champion’:
A woman’s story of empowerment 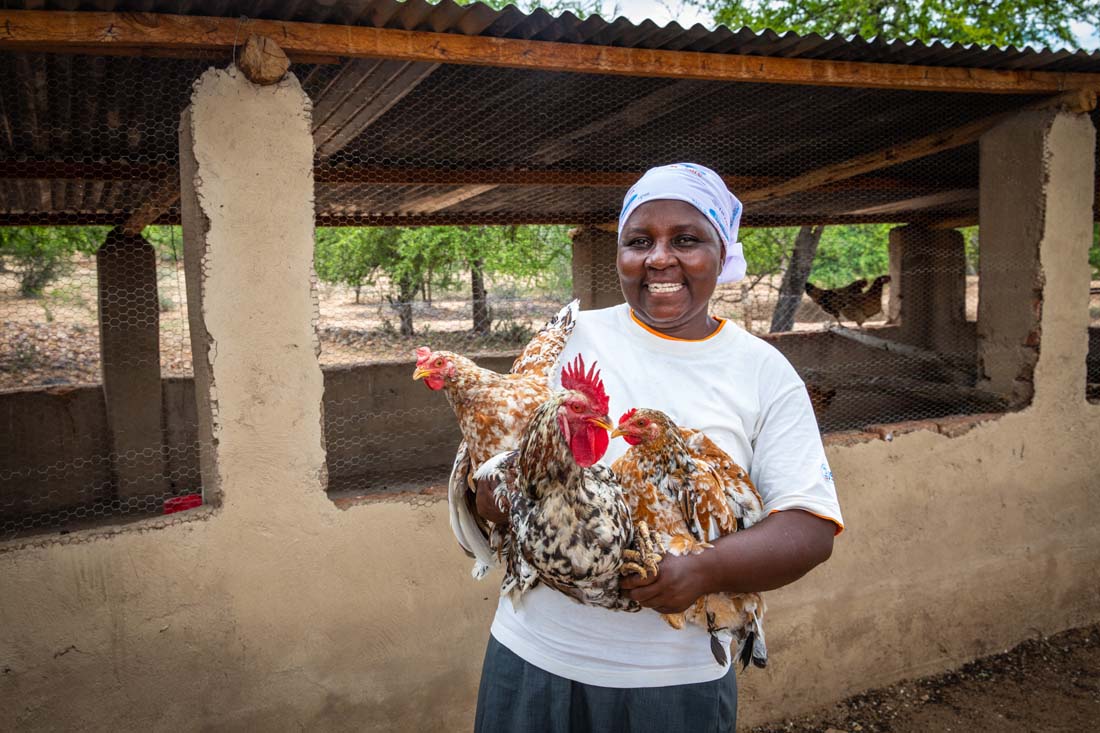 Woman grows from laughingstock to local leader in Zimbabwe

‘We were nobodies’ — family in Zimbabwe changes their future 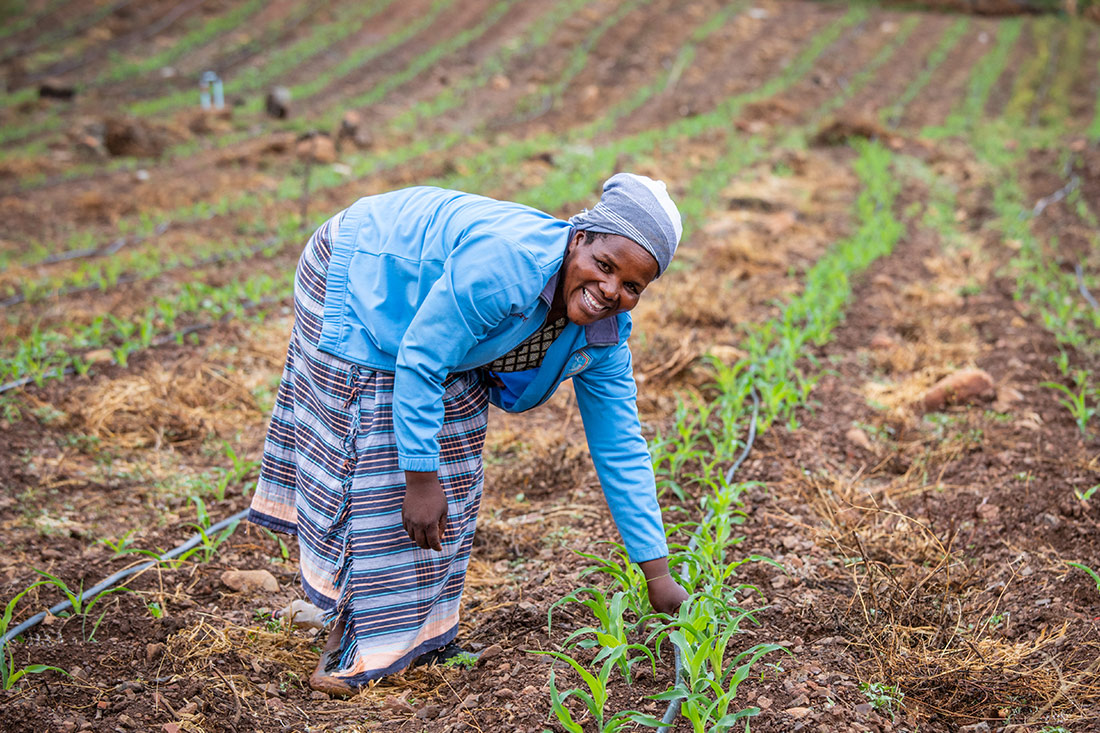 Mother of seven builds a new life in rural Zimbabwe 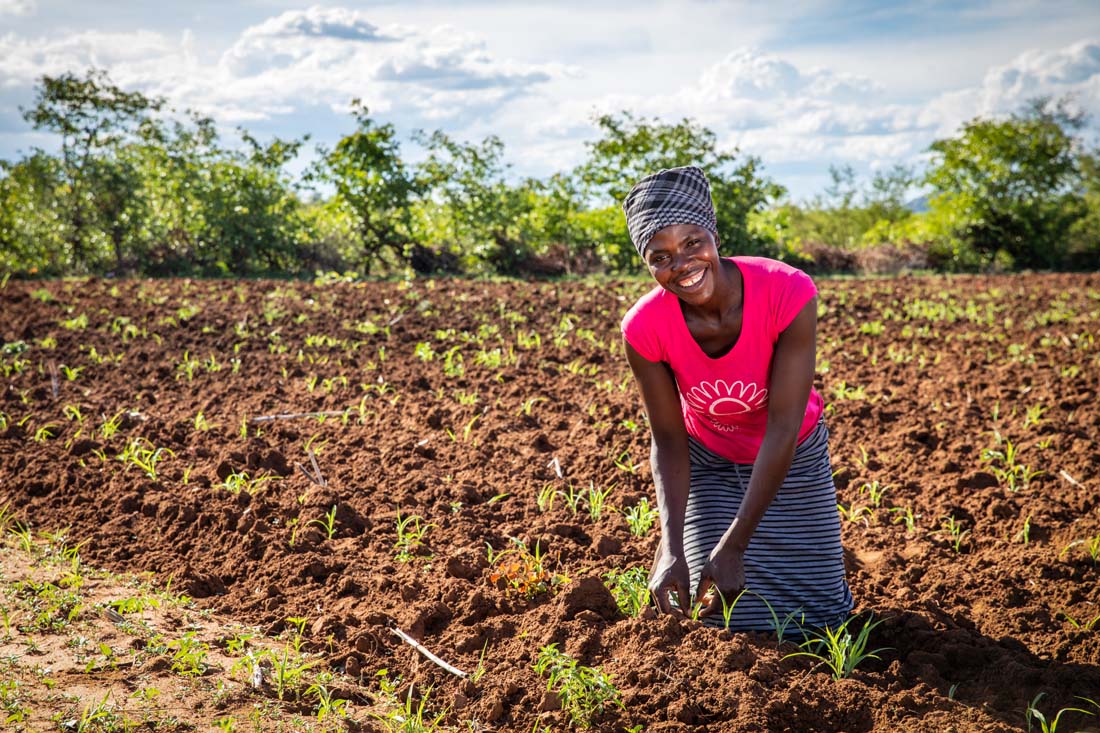 ‘It has changed our lives’: Zimbabwe couple finds a market for their crops 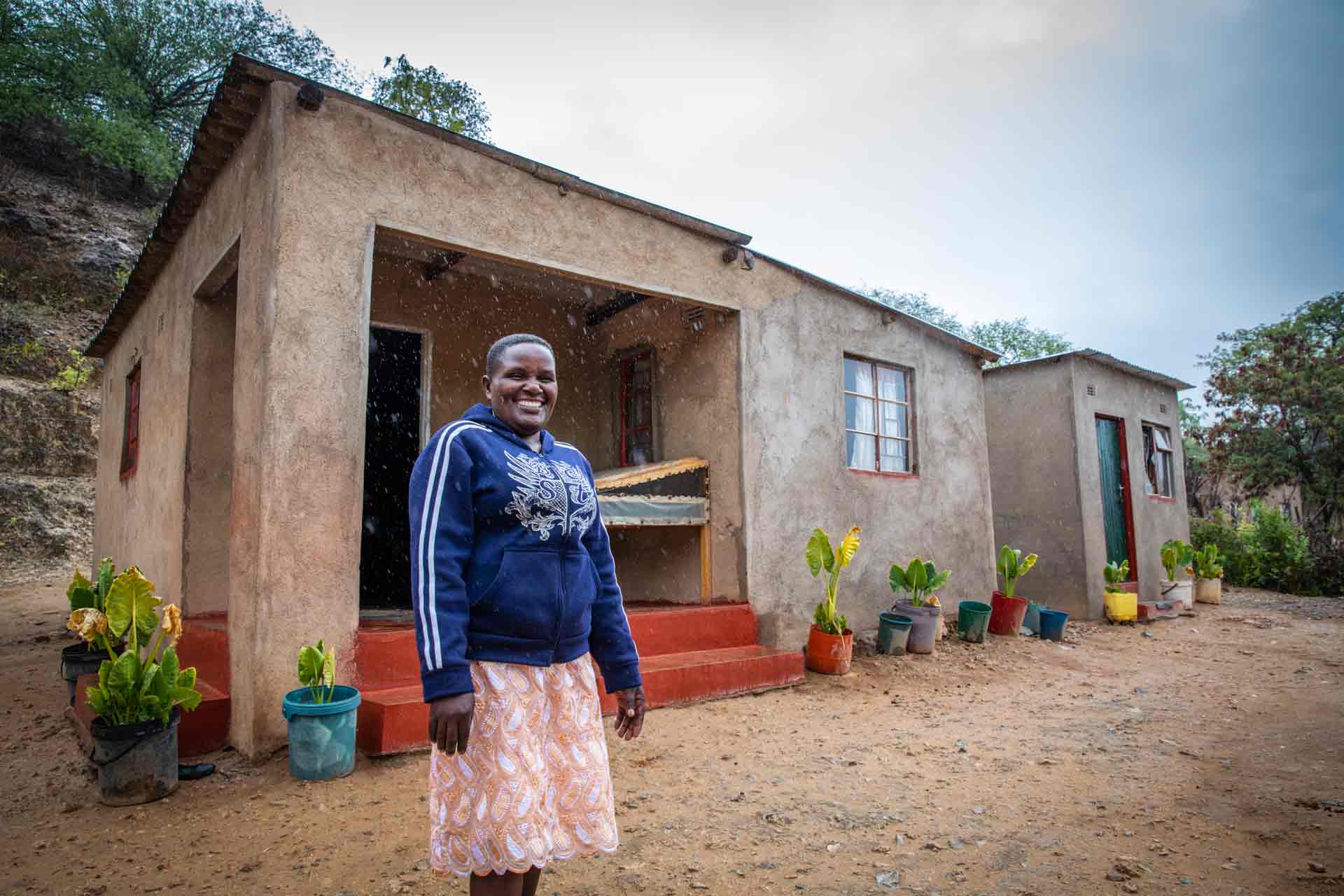 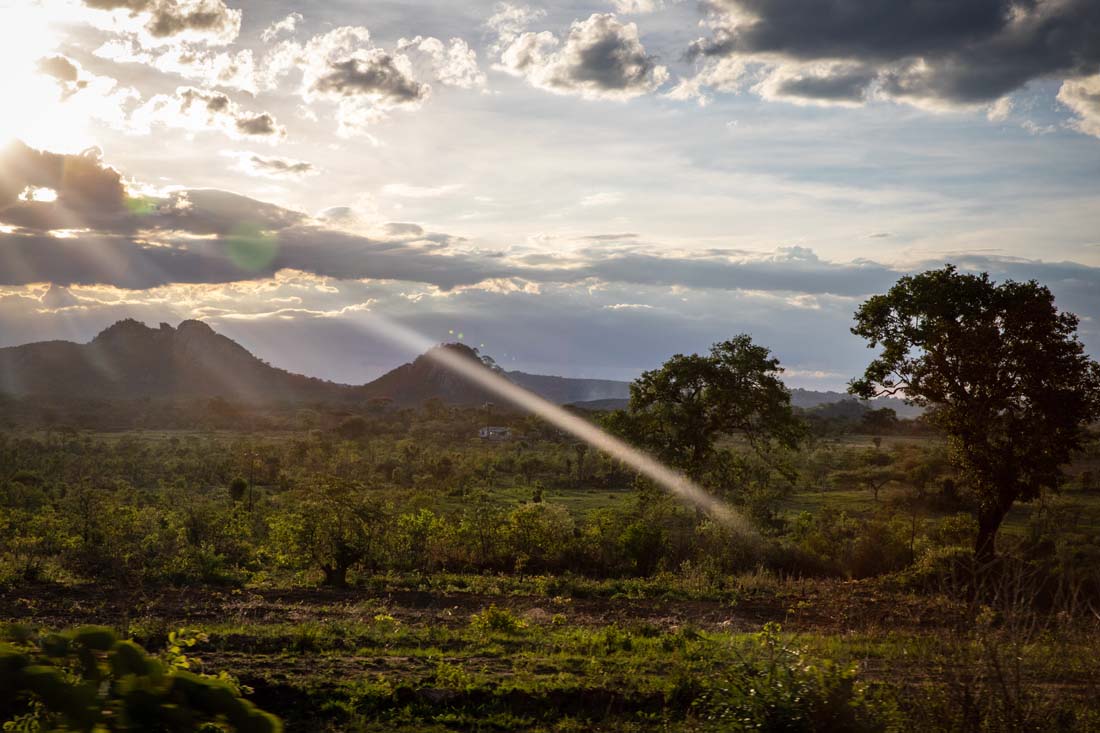