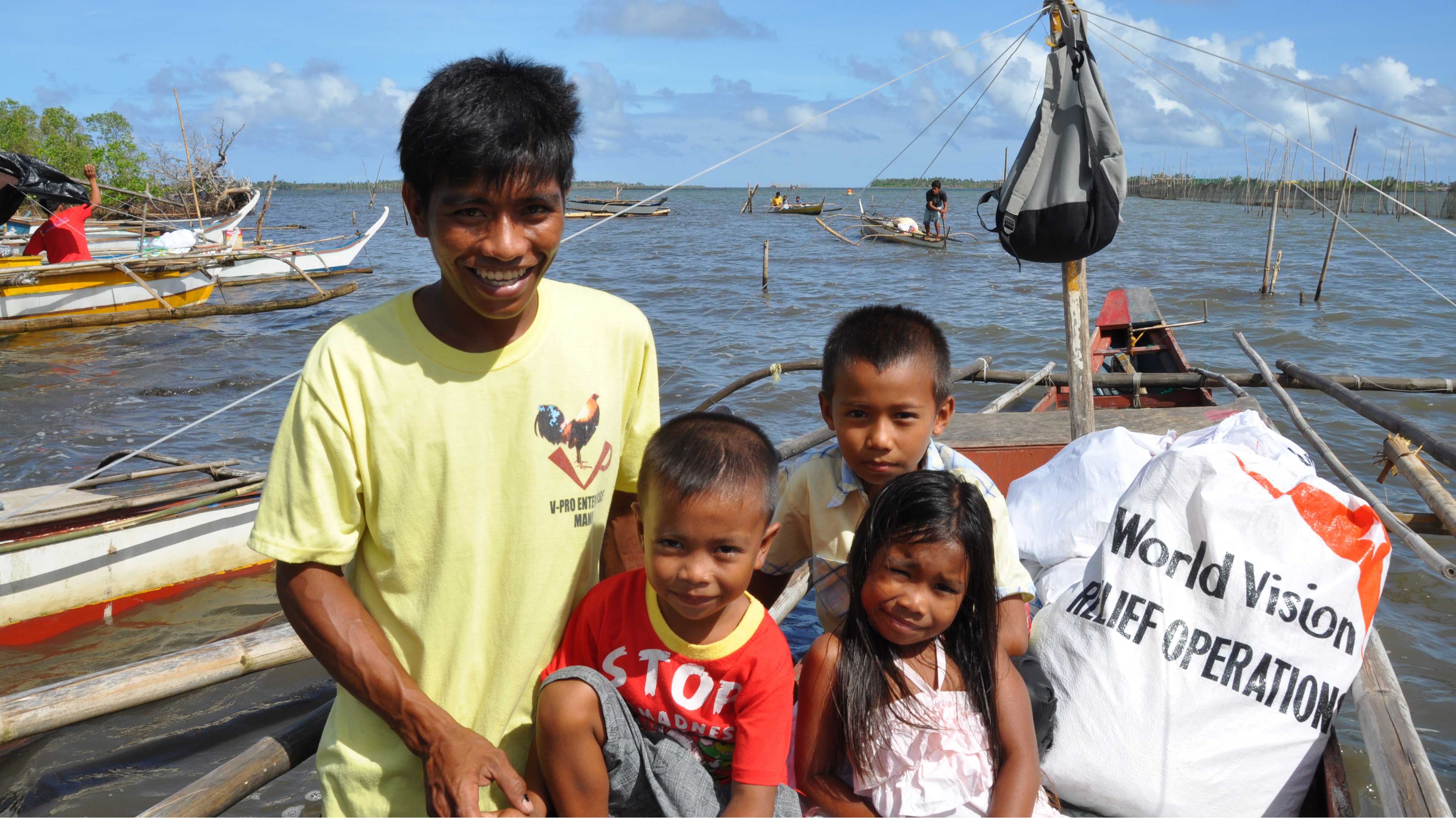 Even with their home completely destroyed, the family of sponsored child Juliana remains grateful that they are alive after Typhoon Haiyan. (©2013 World Vision/photo by Florence Joy Maluyo)

From quick-striking monster typhoons to slow-onset drought, natural disasters impacted the lives of millions of people around the world. Here are five of the worst disasters in 2013.

Considered one of the strongest storms ever to make landfall, Typhoon Haiyan tore through the central Philippines November 8, killing nearly 6,000 people and displacing more than 3.6 million people.

The 13-foot storm surge and up to 235-mph wind gusts largely wiped out coastal cities and destroyed much of the region’s infrastructure, such as roads, water and sanitation systems, and telecommunications lines.

“When you look at the mountains, they look bare and stripped of all vegetation,” Aaron Aspi, a World Vision communications officer, told ABC Radio on November 11 from northern Cebu.

Within one month of the storm, World Vision had reached almost 150,000 people with emergency food, shelter, medical attention, and other assistance. It is preparing long-term efforts to help people in as many as 80,000 households in the disaster-prone country get back on their feet.

The strongest cyclone to hit India in 14 years, Typhoon Phailin affected the livelihoods of more than 13 million people in the country’s northeast.

Heavy rains and more than 150-mph winds brought widespread devastation. But fewer than 50 people died in the mid-October storm. Governments and aid organizations credited improved disaster preparedness and the early evacuation of about 1 million of the most vulnerable residents along the coast.

As Phailin approached, World Vision staff had provided megaphones, life jackets, flashlights, and ropes to community leaders, enabling them to warn residents and organize quickly. In the aftermath, the organization distributed emergency food and other supplies to families in Brahmapur, in Odisha state.

World Vision staff provided families in the Xochistlahuaca and Santa Catarina River communities in Guerrero with food, blankets, and tarps. In the long term, we will provide clean water, sanitation kits, and construction materials to help families rebuild their homes.

We will also operate Child-Friendly Spaces, where children have a safe place to learn, play, and receive counseling.

World Vision provided affected families with food and basic household supplies in the days after the quake.

The week before, as many as 10 tornadoes touched down in North Texas, killing six.

As part of a long-term recovery commitment, World Vision is partnering with local churches and organizations to help families rebuild their homes.

Other large-scale natural disasters World Vision responded to in 2013 include:

How you can respond