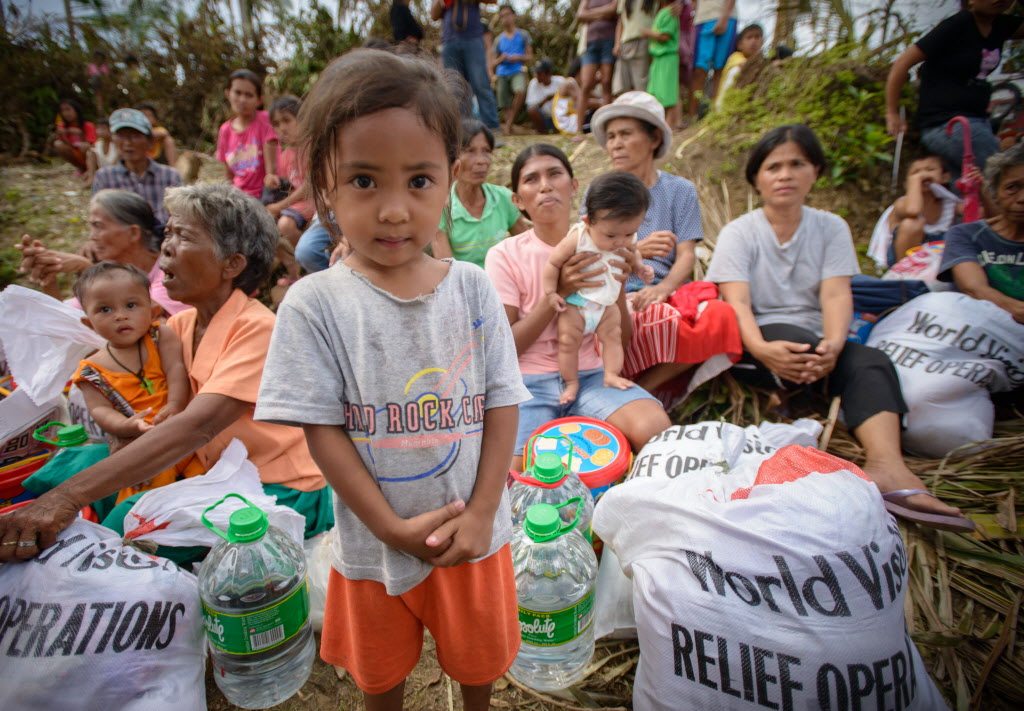 While governments and humanitarian agencies rush to meet survivors’ immediate needs in the aftermath, World Vision also works year-round in these places to help communities reduce risk and be prepared to help themselves when disaster strikes.

“Working with communities for preparedness is key,” said Lawren Sinnema, a World Vision emergency affairs program officer. “Because while you can’t entirely reduce risk from disasters, you can alleviate their effects if you are prepared.”

In 2014, man-made humanitarian crises and conflicts were more prevalent in the headlines, but here are five of the worst natural disasters in 2014, along with a recap of how World Vision responded.

Barely more than a year after Typhoon Haiyan brought widespread death and destruction to the central Philippines, Typhoon Hagupit came roaring ashore with 115-mph winds and heavy rains on December 6. About 4.2 million people in Eastern Visayas felt the worst of the storm’s fury.

World Vision helped more than 1 million survivors in response to Haiyan, providing clean water, food, cash-for-work programs, livelihood training, and housing assistance. But many of the communities still recovering from the late-2013 storm were hit hard again by Hagupit.

“I had the same Christmas gift last year,” said Fatima, of Palo, in Leyte province, after she lost her house and business for a second time in as many years during Typhoon Hagupit.

Having anticipated the latest storm, World Vision responded a day after it hit to provide emergency food, hygiene supplies, and household items to about 450 families. Over the next three months, the organization plans to help 50,000 people in areas affected by both disasters.

Flash floods in April overwhelmed thousands of homes, destroyed livelihoods, damaged infrastructure, and killed 22 people in Guadalcanal Plains and the capital city of Honiara. About 52,000 residents in 50 communities were displaced or needed humanitarian assistance to cope with the sudden disaster.

Farming families were among the worst affected, losing much of their arable land to silt deposits during the overflowing of the Ngalibiu River.

September rains brought widespread floods, triggering massive landslides in northern India and northeastern Pakistan. Nearly 1,300 people died, and thousands were cut off from emergency responders. It was the worst flooding in India’s Jammu and Kashmir region in 50 years.

More than 4,100 families in Jammu and Kashmir received help from World Vision via food and hygiene kits, household supplies, tarps and shelter materials, and clothing.

A 6.5-magnitude earthquake hit Zhaotong in China’s western Yunnan province on August 3. The third of four quakes to rock that province this year, it killed more than 600 people and displaced about 230,000. Nearly 155,000 homes and 268 schools, plus roads and other infrastructure, were damaged or destroyed.

A stronger but less devastating quake hit southern Yunnan October 7, increasing the complexity of the response and challenges of recovery.

Responding to both events, World Vision provided more than 133,000 people with supplies such as emergency food, blankets, and basic hygiene and household necessities. It also provided furniture for classrooms at 12 schools, as well as safe spaces for children to play, study, and receive counseling.

The region’s worst flooding in a century affected more than one-quarter of the Eastern European country’s 3.8 million people in May, killing 25 and displacing almost 90,000. Families lost their livelihoods as the flood waters ruined crops and drowned livestock.