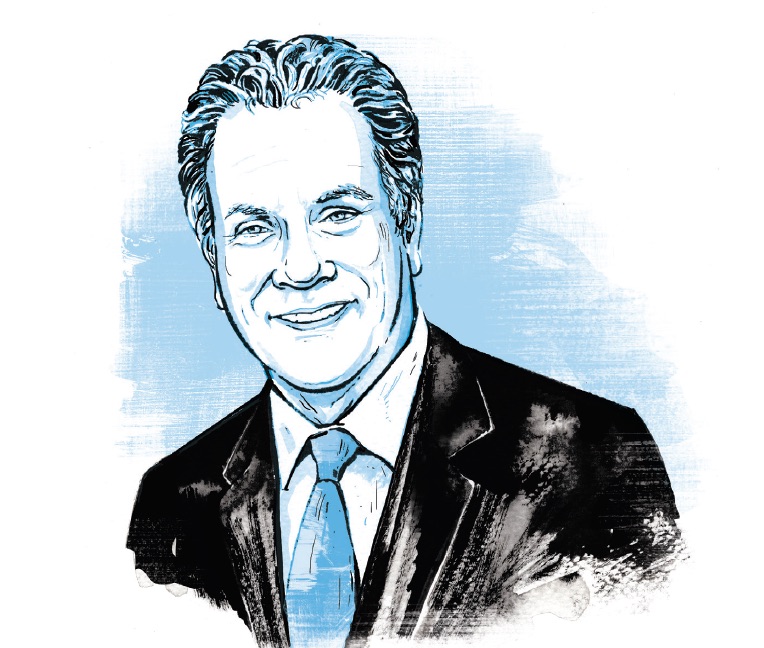 In 2020, the United Nations World Food Programme (WFP) was awarded the Nobel Peace Prize “for its efforts to combat hunger, promote peace in conflict-affected areas and prevent the use of hunger as a weapon of war and conflict.” For more than a decade, WFP and World Vision, its largest implementing partner, have been working on the front lines of emergencies, inspiring hope for millions of people around the world.

The first question, right off the bat: What was it like for you when the World Food Programme was awarded the Nobel Peace Prize?

It was an amazing day because literally, I was in the middle of Niger. We were negotiating access to reach a certain people group because if we couldn’t reach them, then you would have extremist groups using food as a weapon of recruitment. If we get access, they won’t fall prey to the extremists. So, we were in very intense discussions, negotiating this access, and all of a sudden someone comes busting into the room [saying], “Nobel Peace Prize. Nobel Peace Prize.” I was “Great who won it?” [He said,] “Well, we did! The World Food Programme; you did.” It was literally a speechless, “wow, wow, wow” moment.

I think the [Nobel] Committee was sending two very clear messages. One was a thank-you to the women and men out there putting their lives at risk every day to bring peace and stability by using food as a weapon of peace around the world. Number two was that the hardest work is really coming around the corner, and we’ll talk about that—how COVID-19 has created a dynamic rippling, devastating effect on already extenuating circumstances in many countries around the world.

You have been a consistent voice for the most vulnerable around the world. In fact, you sounded the alarm of the potentially devastating effects of COVID-19, saying that it could create a famine of biblical proportions. What were the signs you were seeing?

Prior to COVID-19, the number of people marching to the brink of starvation was 135 million. Now with COVID-19, that number has doubled to 270 million people. These aren’t just numbers. These are real people. And if we don’t reach those people, you’ll have mass starvation, destabilization of nations, and mass migration. I can assure you from historical experience, it is a thousand times more expensive to react after the fact than it is to avoid the icebergs when we’re heading to the open seas like the Titanic.

Both World Vision and the World Food Programme have a lot of staff on the front lines. Could you share with us about the current situation?

I got COVID-19 a year ago. I recovered from it, and I was then able to travel. We have millions of people who are dying out there, on the brink of starvation, and that has an impact globally. As I began going to these countries and bringing the attention and the awareness, people were like, “You’ve got to be kidding me!”

I know the American people. Historically, when they know there’s suffering, they respond. But if they don’t know, then they don’t respond. This is why we’ve got to get the message out about the reality of what we are facing and how bad it is.

We survey people [we serve] all the time—what are they thinking, what are they doing—and we get the reality. In fact, in the past few months, the number of people in Guatemala, Honduras, El Salvador, and Nicaragua now thinking about migrating has doubled from 7–8% to 15–16%. That’s 39 million people in that four-country area. Do the math: 15%, 6 million people.

The good news is if they get food security and some degree of hope, they don’t want to leave home. But if they don’t have food for their children, and they don’t have hope, they would do what any mom and dad would do on God’s green earth, and that is head to a place where they think they might survive.

That is so true. I like to say, David, that people don’t want to leave the places they know and the people they love. They do so out of desperation. Can you drill deeper on the relationship between hunger and extreme poverty?

For every 1% increase in hunger, there’s a 2% increase in migration. When you look out in the world today, 80% of our operations today are in areas of conflict. Imagine that. And that’s 60% of the people. Conflict is driving so much poverty, so much destabilization, displacement—unprecedented numbers around the world.

When you look at 200 years ago, there were 1.1 billion people on earth [and] there was 95% extreme poverty. Today [it’s] less than 10%. We’ve built systems, programs, and organizations over the past many decades that have reduced extreme poverty below 90%. That is very, very good news. Now, try telling that to the 10% we have not reached. That’s over 700 million people that still go to bed hungry. The answer is not tearing down the system that’s helping the 90%, because that would be catastrophic. The answer is continuing to improve, to reach those that we have not reached yet. That’s where we’ve got to be fixated, focused, and literally drive it home to reach every single person who is in need out there.

How do you combat the thinking that there will always be hungry people in Africa and the poor places around the world?

Every human being is created in the image of the Almighty. Every single person on the planet. Jesus said “when you did not feed the least of these brothers and sisters of mine, you did not feed me.”

If we could see things in that light—love your neighbor as your equal—it would end racism, discrimination, and so many of the other –isms.

I’ve been in some pretty hard places. You can be in the middle of a [war]-torn country and out from that rubble will come this child with bright eyes and so much energy and life that it’s like a flower in the desert. That is what we’re fighting for. To give that child some degree of hope so that they can have a future and hopefully a relationship with the Almighty.

This interview has been edited and condensed for length.

Scarce nutritious options for children in Somalia as drought persists