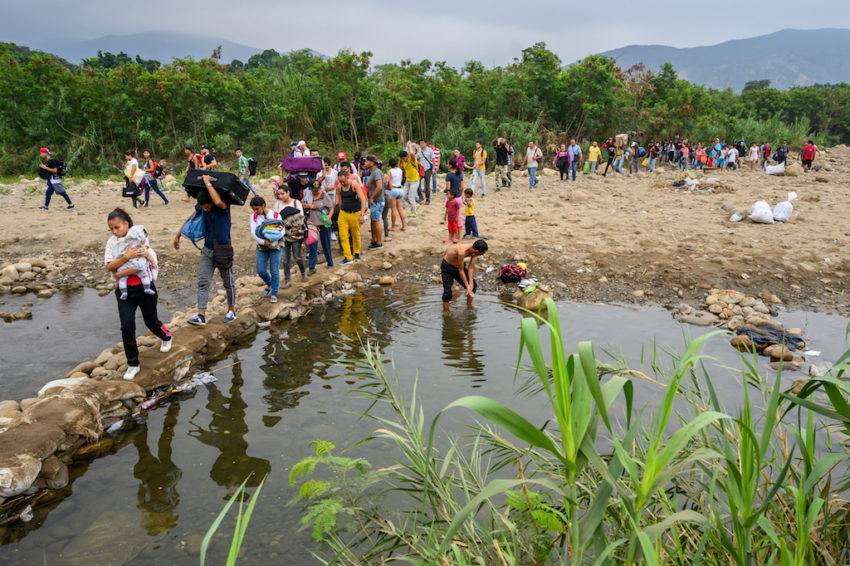 At an informal border crossing near Cúcuta, Colombia, people from Venezuela stream across the Tachira River. Each day, an estimated 5,000 of the people who leave Venezuela, stay and seek work in Colombia or nearby countries. World Vision is helping provide emergency food, Child-Friendly Spaces, and support for small businesses for Venezuelans in Colombia. (©2019 World Vision/photo by Jon Warren) 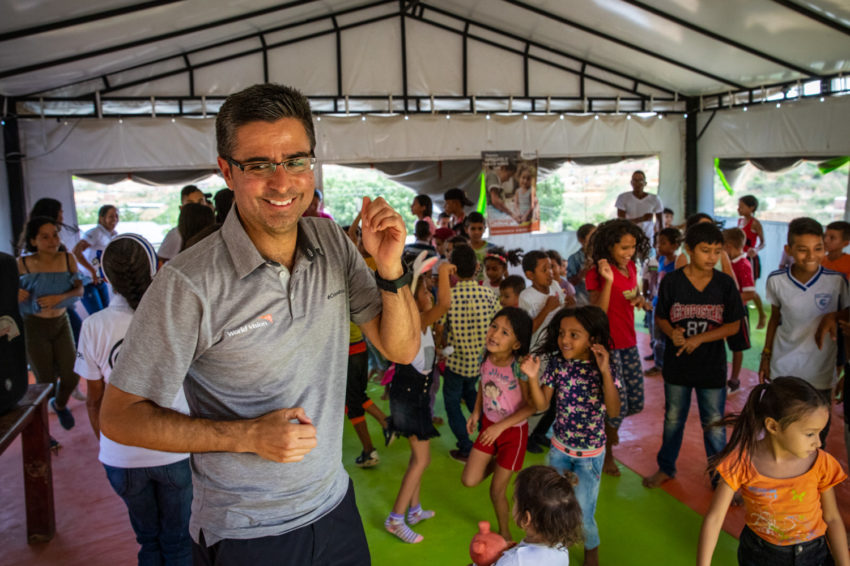 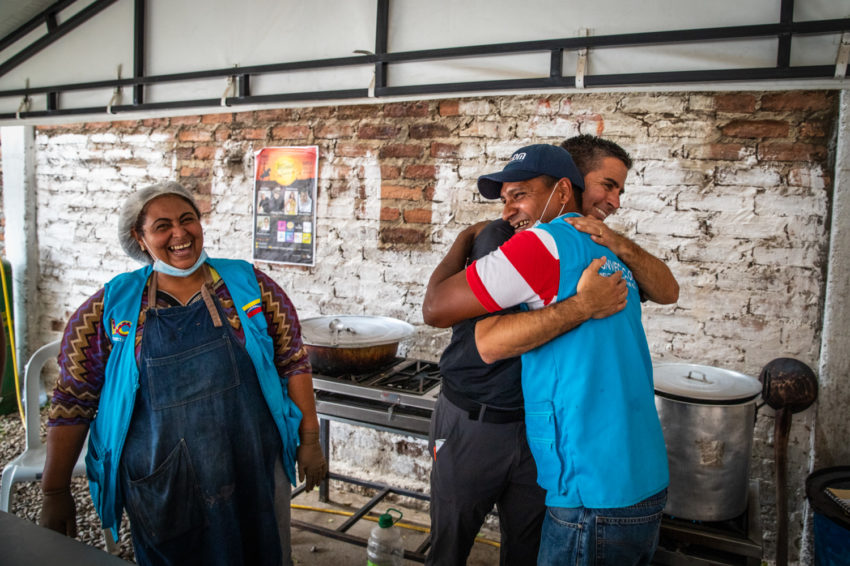 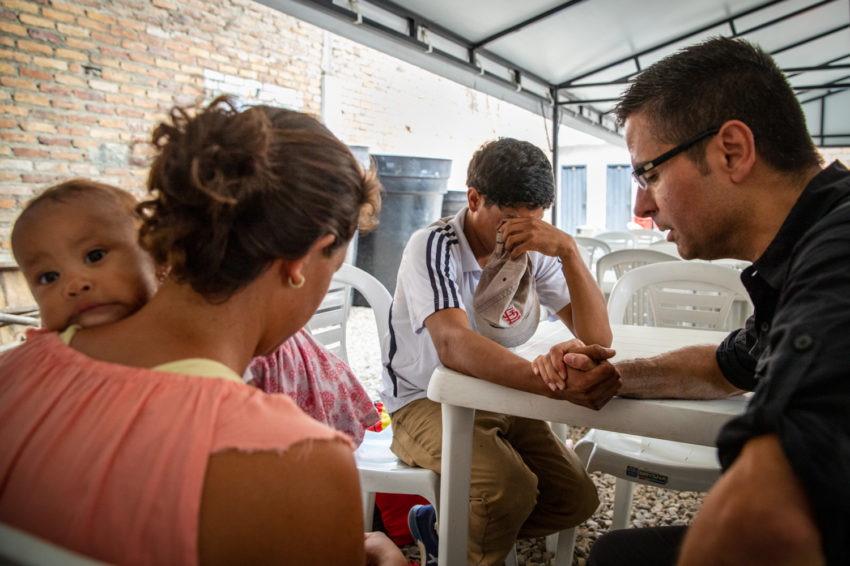 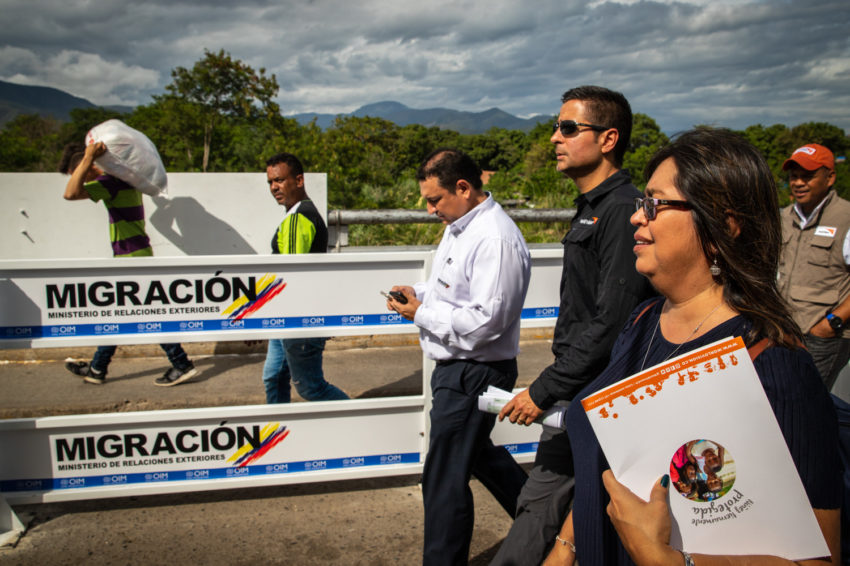 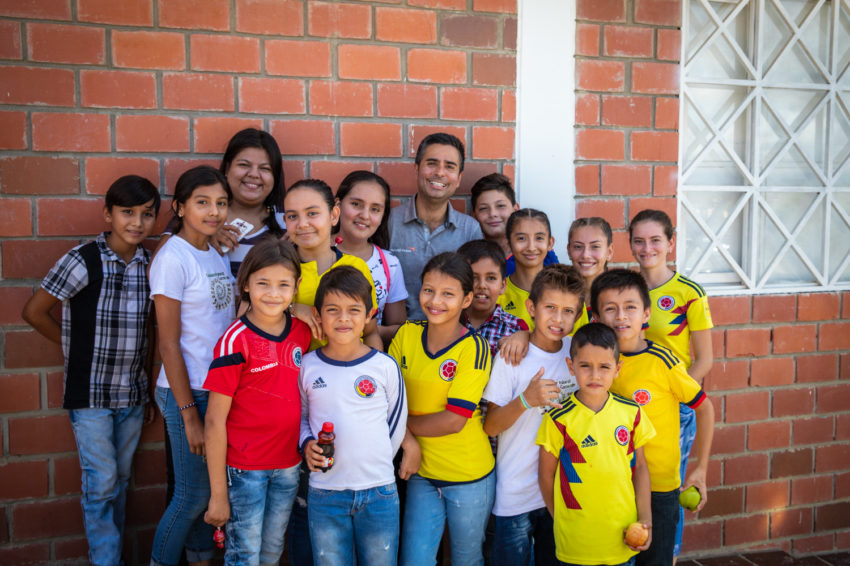 World Vision U.S. President Edgar Sandoval Sr. poses for a group photo with children he met while visiting Colombia to witness the effects of the Venezuelan migration crisis. (©2019 World Vision/photo by Chris Huber) 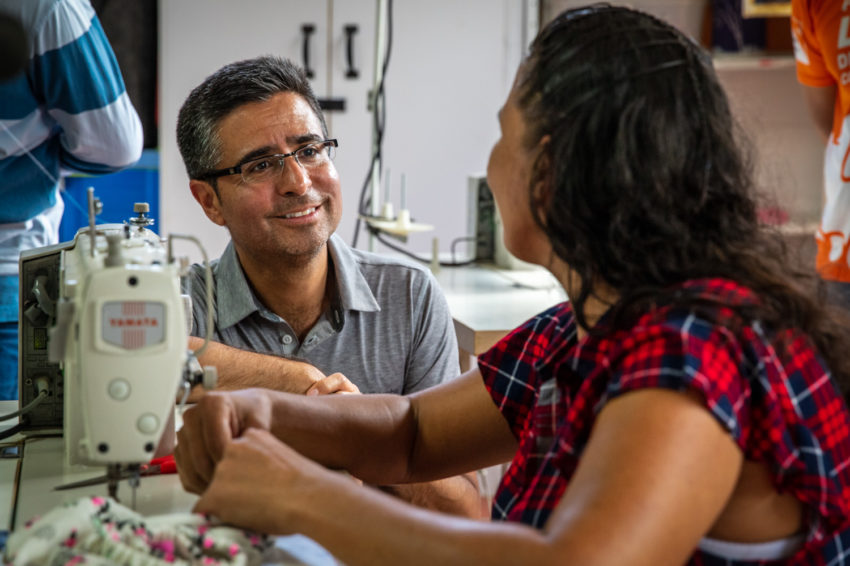 World Vision U.S. President Edgar Sandoval Sr. visits with a woman he met while learning about the Venezuelan migration crisis in Colombia. Thousands of Venezuelans cross into Colombia each day, commuting for school, work, shopping, or leaving for good. (©2019 World Vision/photo by Chris Huber) 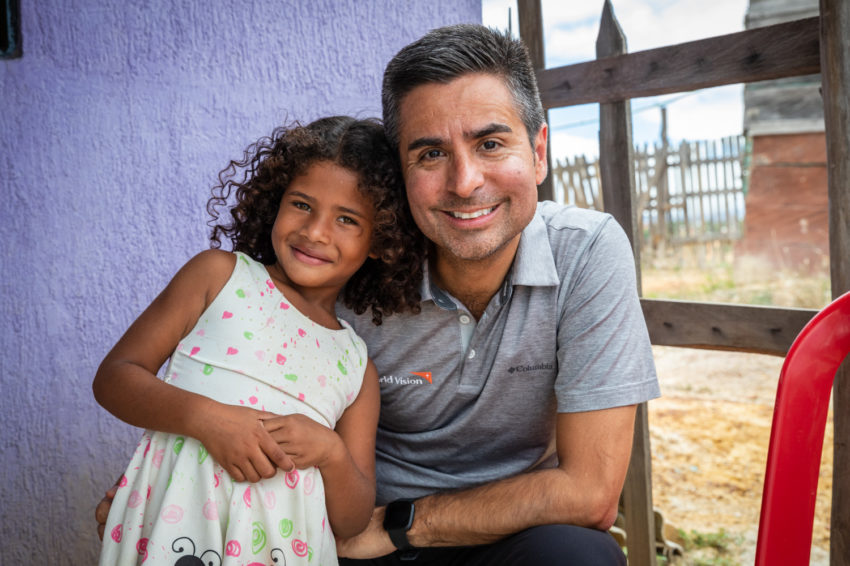 World Vision U.S. President Edgar Sandoval Sr. visits with a girl named Sofia, who, along with her brothers, attends a Child-Friendly Space in the El Talento neighborhood in Cucuta, Colombia. Her family fled Venezuela in the fall of 2018 due to hunger and malnourishment. (©2019 World Vision/photo by Chris Huber) 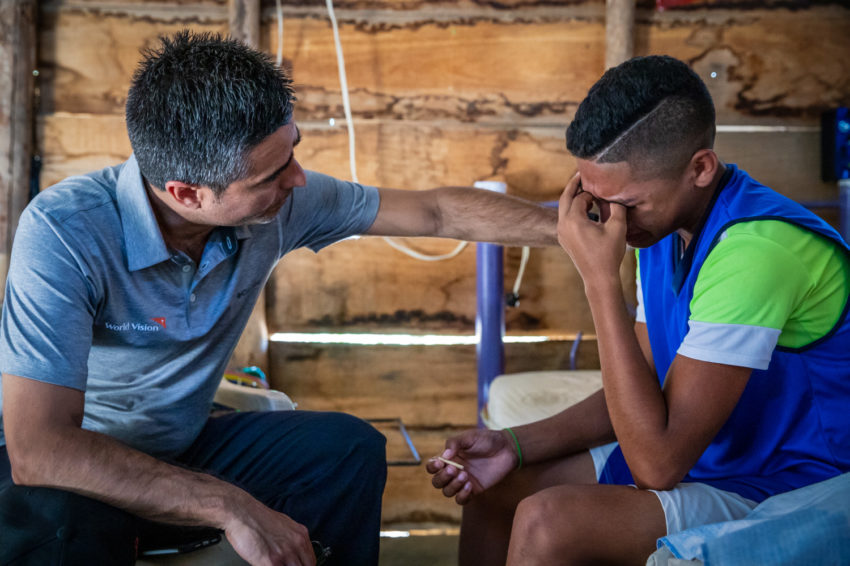 I’ll never forget returning to the country where I was born but barely knew. It was 1982, and I was 18. Arriving alone, I stepped off the plane in New York with everything I owned stuffed into my dad’s green army duffle — $50 in one pocket and my U.S. passport in the other.

My life in Venezuela — my home for 12 years — had fallen apart under the strain of my father’s unemployment and my parents’ divorce. I had just graduated high school, but there was no money for college. We couldn’t even afford rent and food.

I returned to the U.S. in hopes of studying here. I didn’t speak English. I felt lost, lonely, and broke. Compared with others who come to America, I had advantages — starting with my U.S. citizenship. And my older sister was already here. But we had to scrimp and save and live on $13 a week for groceries. I worked low-paying jobs and learned the language. I felt like an immigrant in my own country.

I learned something true of all people: Nobody wants to leave home and the people they love. It’s tough to start over in an unfamiliar and often unwelcoming place, where you’re not treated the same as others and you have to work twice as hard for everything. But my situation was a far cry from the way some people leave their homes today.

More than 30 years since I left, 4 million people are leaving Venezuela due to economic catastrophe, political turmoil, hyperinflation, and widespread hunger. Venezuela has gone from the once-prosperous and stable country I knew to a place where parents can’t feed their children. My heart is with them.

Our Lord Jesus knew how it felt to be a refugee — a stranger.—Edgar Sandoval Sr., World Vision U.S. president

For others, leaving home is a terrifying life-or-death choice, as it was for 1 million Rohingya people now taking refuge in Bangladesh. They escaped extreme violence, only to end up living in flimsy shelters in overcrowded camps, vulnerable to monsoons and cyclones. My heart breaks for them.

I thank God that I’m in a position to help people in such dire need. World Vision is caring for Venezuelan migrants in four neighboring countries — Brazil, Colombia, Ecuador, and Peru — providing food vouchers, cash transfers, child protection, education, and other programs. In Bangladesh, World Vision is working to improve living conditions for the Rohingya people by supplying clean water, mother and child healthcare, cash for work, child protection, and more.

This is among the most difficult work World Vision does. For us, it is an act of faith.

Our Lord Jesus knew how it felt to be a refugee — a stranger. As a child, he fled with his parents to Egypt to escape the wrath of King Herod. The Son of God willingly took on the painful experience of living in exile. He did it because he loves us.

Maybe the Holy Spirit is prompting you to do more for strangers — globally or locally. Inspired by Jesus’ love, how might you reach out to people in need?