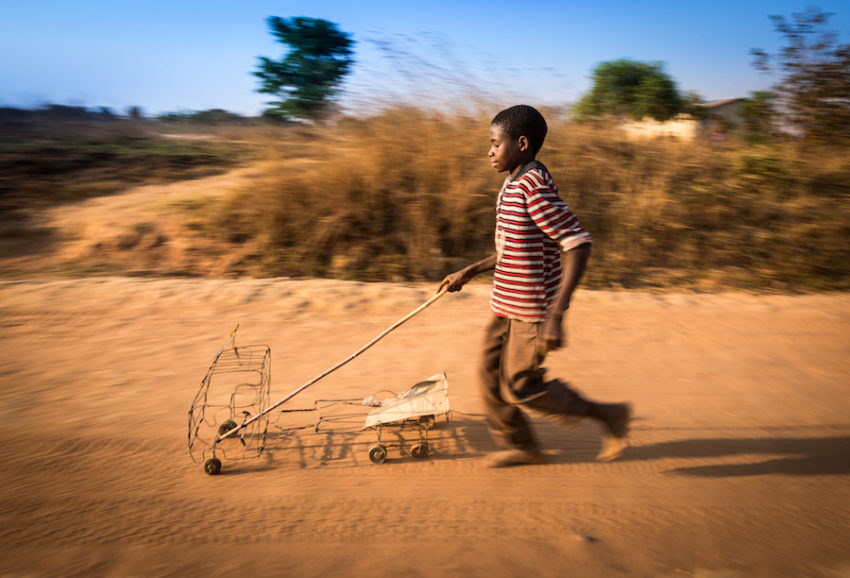 A Zambian boy pushes a handmade toy car made of wire along a dirt road. (©2015 World Vision/photo by Eugene Lee)

Isn’t it amazing how kids can DIY their own homemade toys? On my first trip to see World Vision’s work in Malawi in 2011, I met a future electrical engineer named Andrea. At only 11 years old, this resourceful kid used broken radio parts, rechargeable batteries, and a piece of a broken solar panel to build a working radio that changed stations.

If making your own radio sounds too complicated, remember, the best homemade kids’ toys are usually simple. A little imagination can turn a basic cardboard box into a house, a spaceship, or a race car. A paper towel tube can be an explorer’s telescope. My 3-year-old recently made a pair of binoculars with toilet paper tubes and tape.

Kids have a lot of creativity in making their own toys. And sometimes, creative constraints can inspire some pretty cool inventions. In developing countries around the world, including camps for displaced people and refugees, kids are making their own toys out of objects they find. If children there can make their own toys, the kids in your life can too!

Maybe you’re looking for some free craft ideas and summer activities for your kids. Maybe you have an appreciation for seeing ingenuity in children. In either case, we hope you’ll enjoy these photos of DIY homemade kids’ toys and games from around the world.

Homemade kids’ toys you can make at home 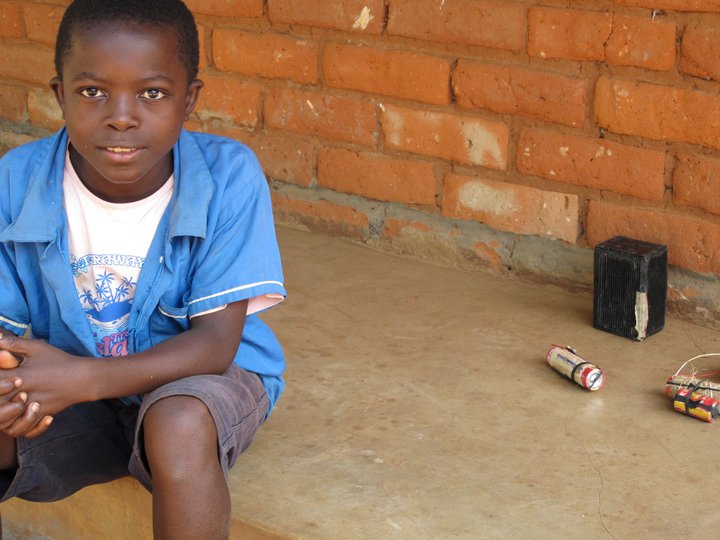 Andrea, 11, a World Vision sponsored child in Malawi, is proud of the solar-powered radio he made himself. (©2011 World Vision/photo by Rachael Boyer) 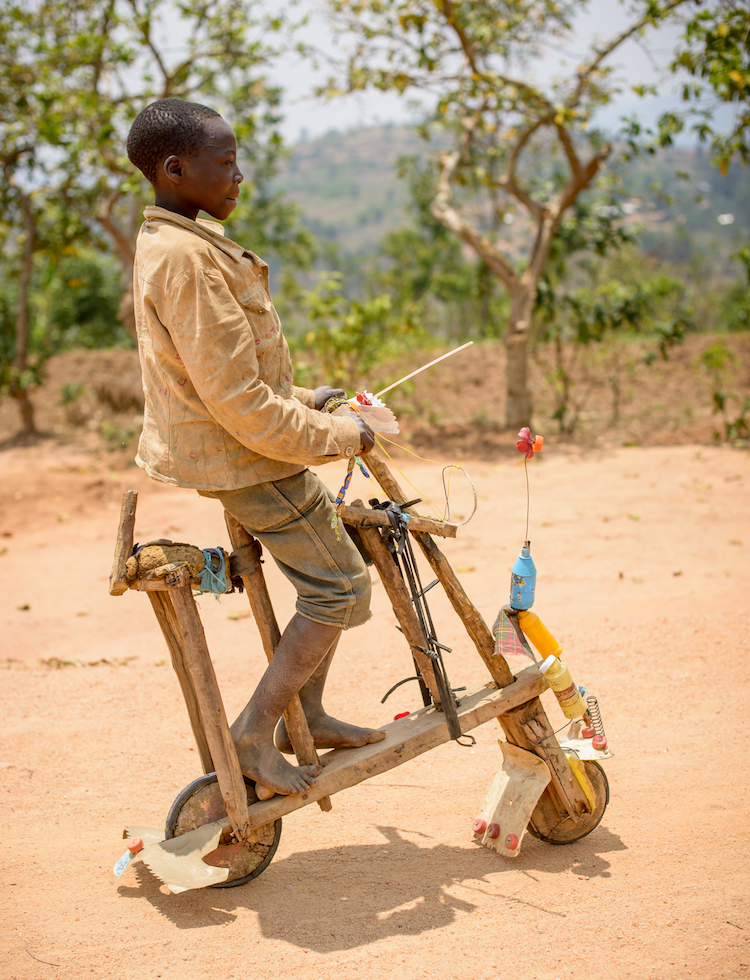 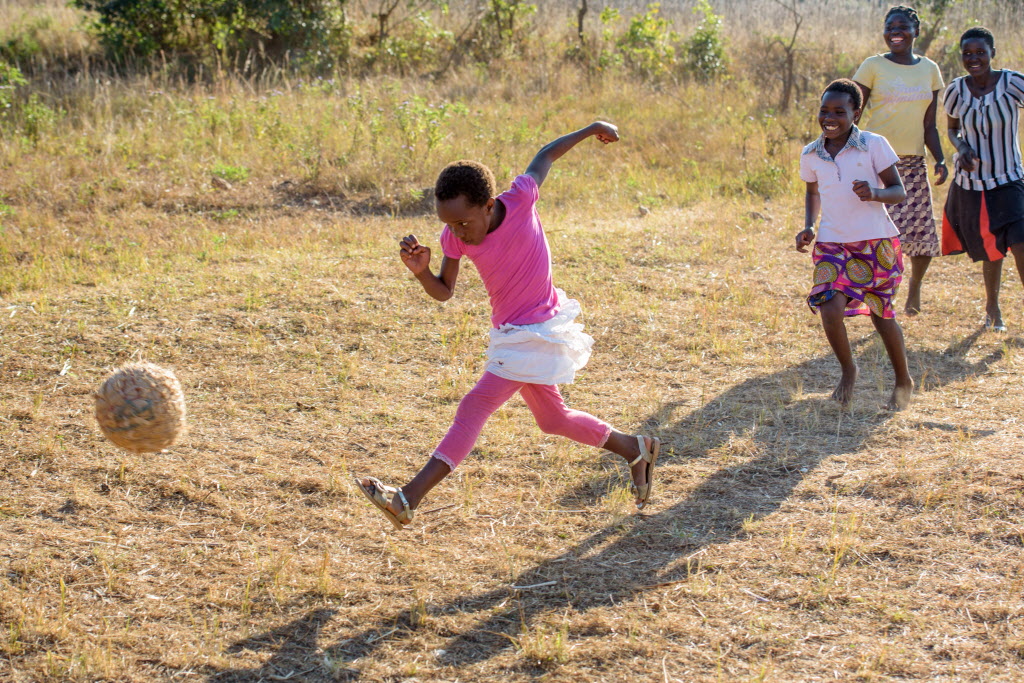 A group of girls plays soccer in Zambia with a ball made with layers of plastic bags and string. Learn how to make your own soccer ball! (©2017 World Vision/photo by Jon Warren) 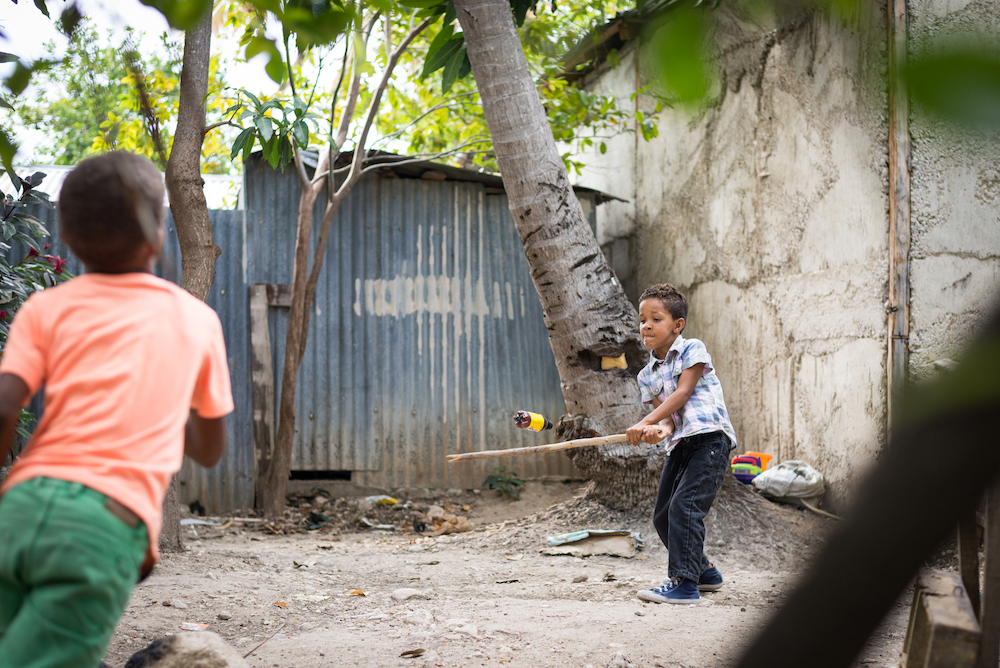 Geibel, 6, and his brother Hebeison play baseball in their backyard in the Dominican Republic. A wooden stick is the bat, and a soda bottle serves as the baseball. (©2016 World Vision/photo by Eugene Lee)

Aland in Uganda plays one of his favorite games, racing through nearby fields rolling old motorcycle tires. (©2016 World Vision/photo by Jon Warren) 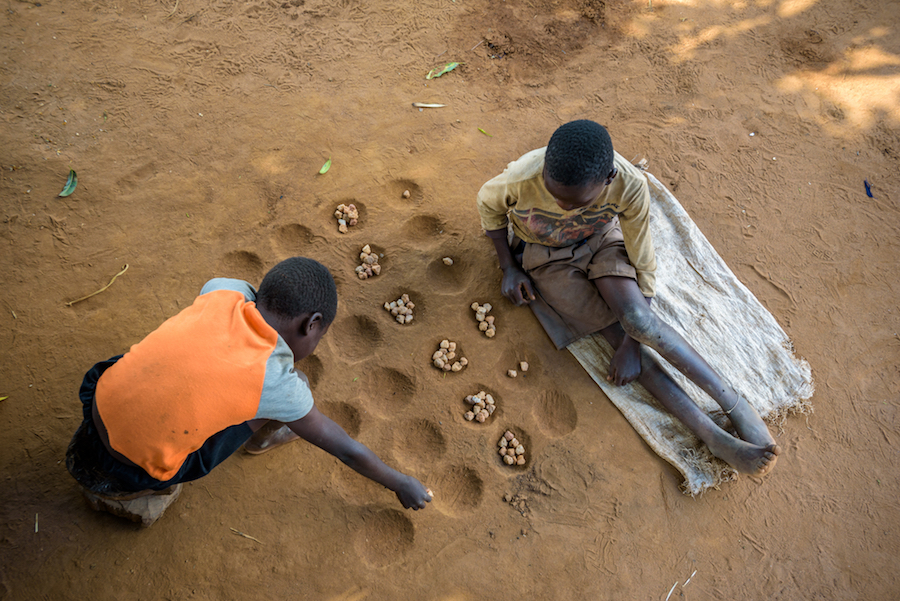 All you need is dirt and rocks for this game! Boys play nsolo, the Zambian version of mancala. (©2016 World Vision/photo by Jon Warren)

Children in Bolivia play tetherball. The ball, made from a plastic bag densely packed with lots of other plastic bags, is attached to a wooden pole. (©2015 World Vision/photo by Eugene Lee) 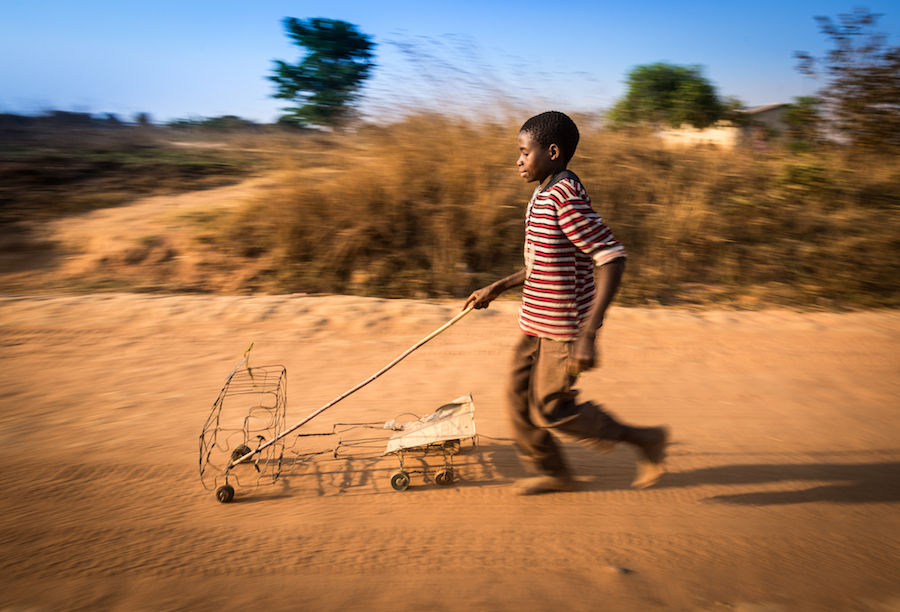 13-year-old Felix pushes a homemade truck made of wire and cardboard along a dirt road in Zambia. (©2015 World Vision/photo by Eugene Lee) 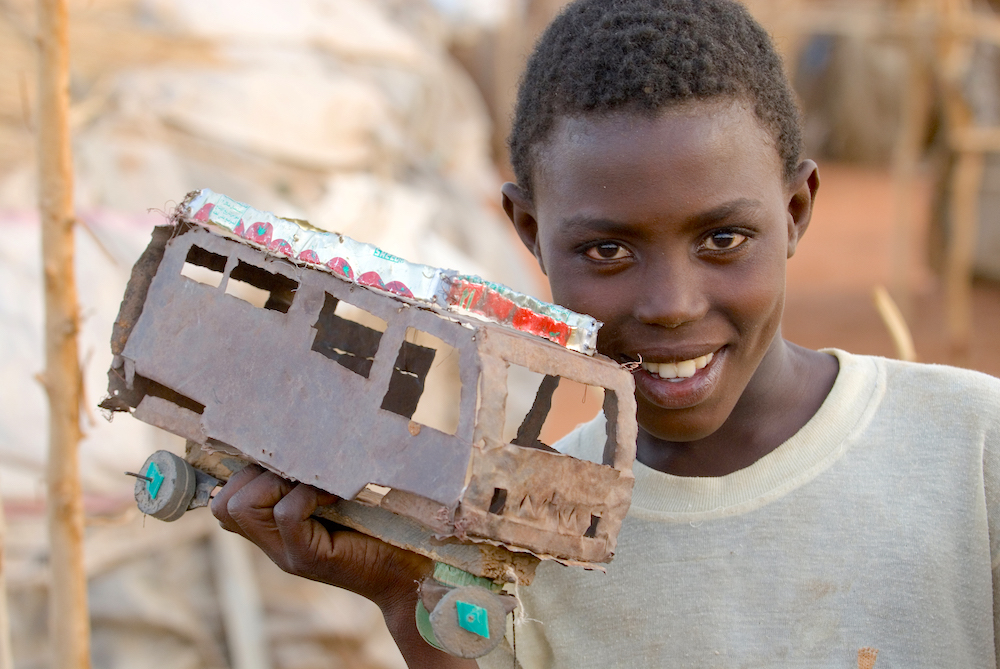 A child in a camp for displaced people in Darfur, Sudan, shows his handmade toy bus. (©2006 World Vision/photo by Jon Warren) 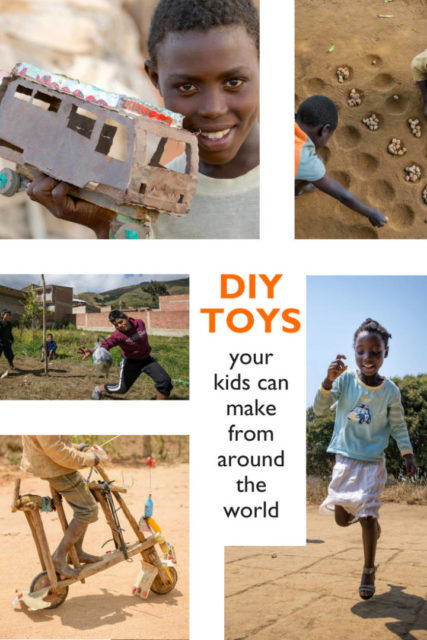