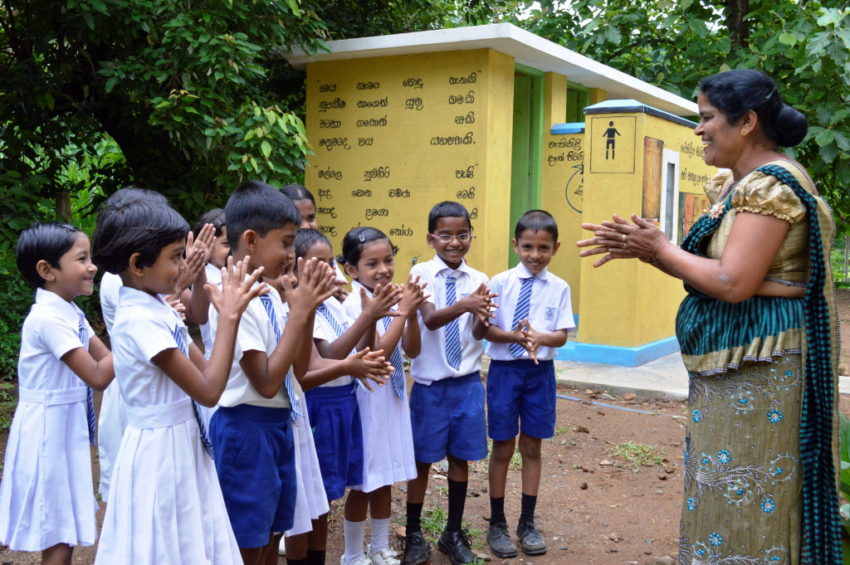 A teacher talks with students about hand washing and sanitation at a school in Sri Lanka. (©2016 World Vision/photo by Niroshini Fernando)

For much of the developing world, a shortage of toilets is not only an inconvenience; it’s a matter of life and death.

About 32% of the people on Earth — 2.4 billion of the world’s 7.4 billion men, women, and children — go through their day without improved sanitation, according to the World Health Organization. One billion people defecate in the open — in fields, forests, or rivers.

It’s no surprise that the highest death rates for children under 5 occur where open defecation is common. The same places lag behind in social and economic growth, security, gender equity, and care for the environment.

If you want to change the world, it’s not enough to give someone a functioning toilet and sink. They have to understand its value, keep it clean and maintained, and use it.

To improve the lives of children, World Vision provides clean water, toilets, and hygiene training to schools and families around the world. And to celebrate World Toilet Day, Nov. 19, take a look at these toilets from around the world! 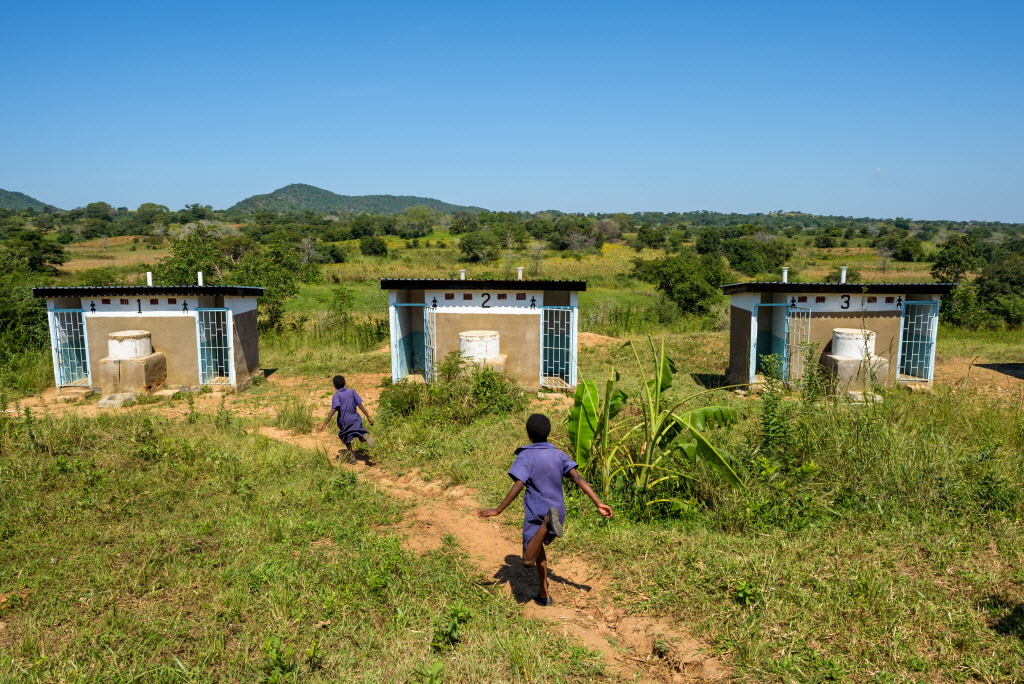 Schoolgirls run to the toilet block built by World Vision at their school in Moyo, Zambia. In developing countries, it’s important for girls to have separate toilets that are clean and safe to access so they can stay in school after they reach adolescence. (©2016 World Vision/photo by Jon Warren) 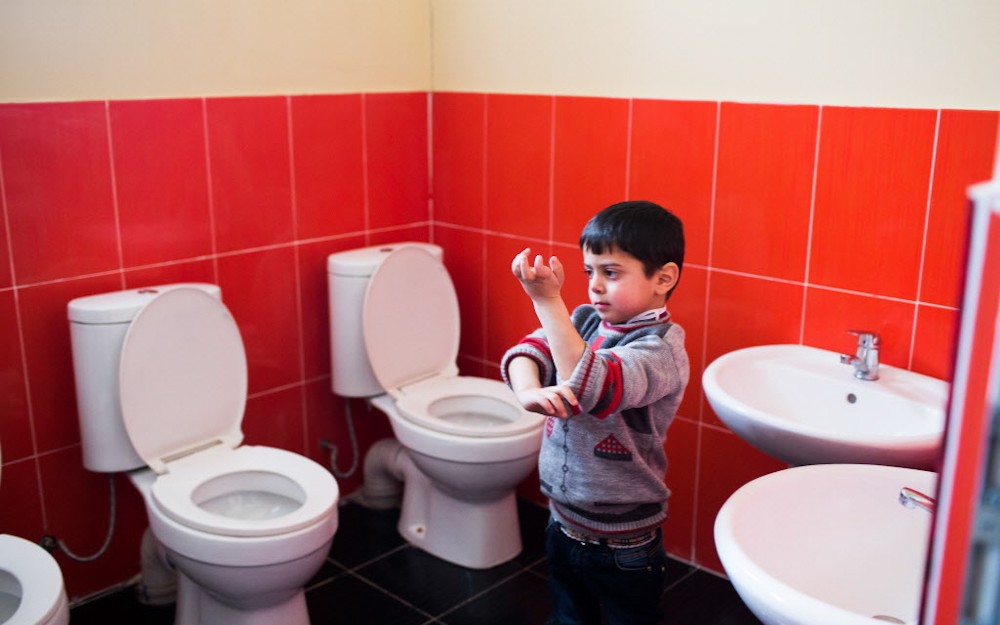 Good hygiene is part of the learning experience at Ude Kindergarten #2 in the nation of Georgia. New indoor flush toilets are a vast improvement over the unheated, outdoor latrines they replaced. School enrollment has increased since the toilets were installed. (©2014 World Vision/photo by Michelle Siu) 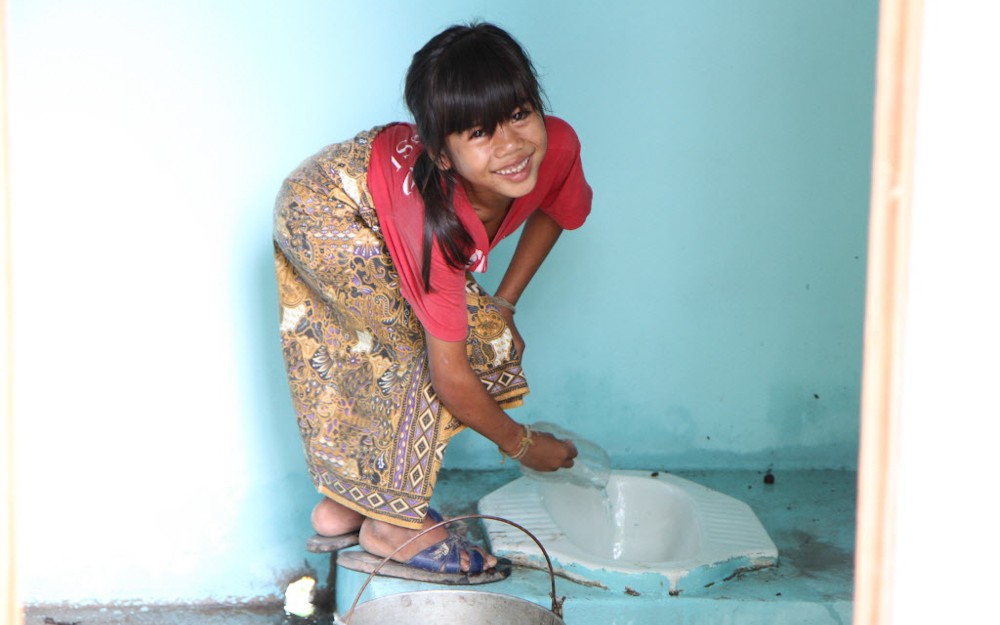 Phonekeo, 3, is proud of having a toilet at her home in Laos. “She enjoys using the toilet. Before, she would always cry when she had to defecate in the forest. I would follow her and hold a long stick to prevent dogs and pigs from going to her,” shares Chanmee, Phonekeo’s mother. (©2014 World Vision/photo by Nila Douanesouvanh) 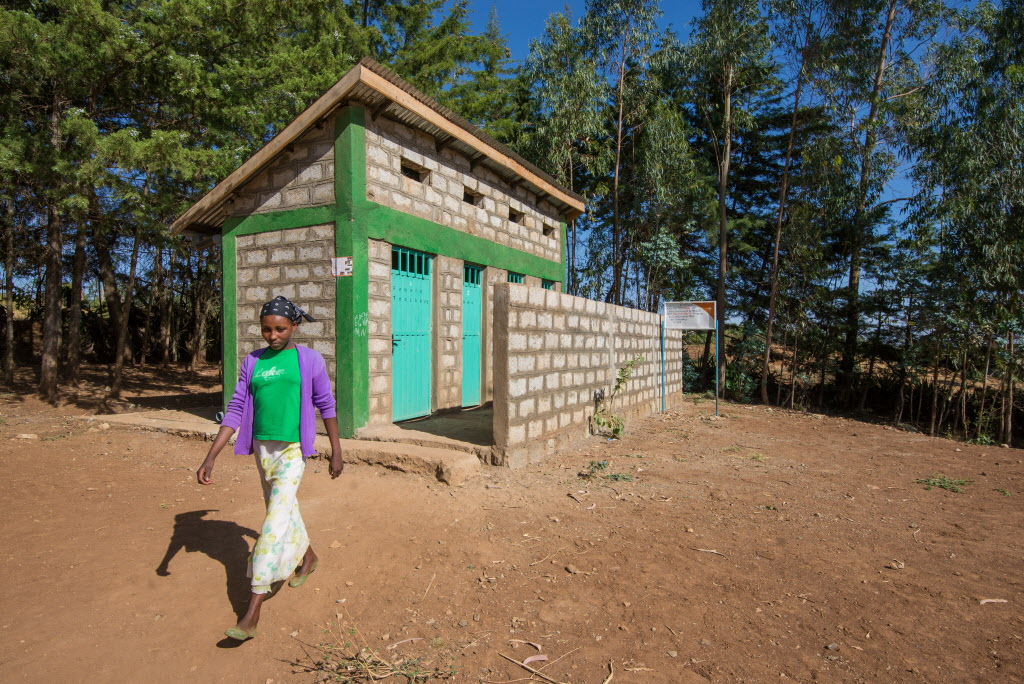 Because of new latrines constructed by World Vision, training, and strong WASH youth clubs, not only is Kurfo Gute School in Wonchi, Ethiopia, an open-defecation free zone, the attendance rate has soared and grades are up. (©2013 World Vision/photo by Jon Warren) 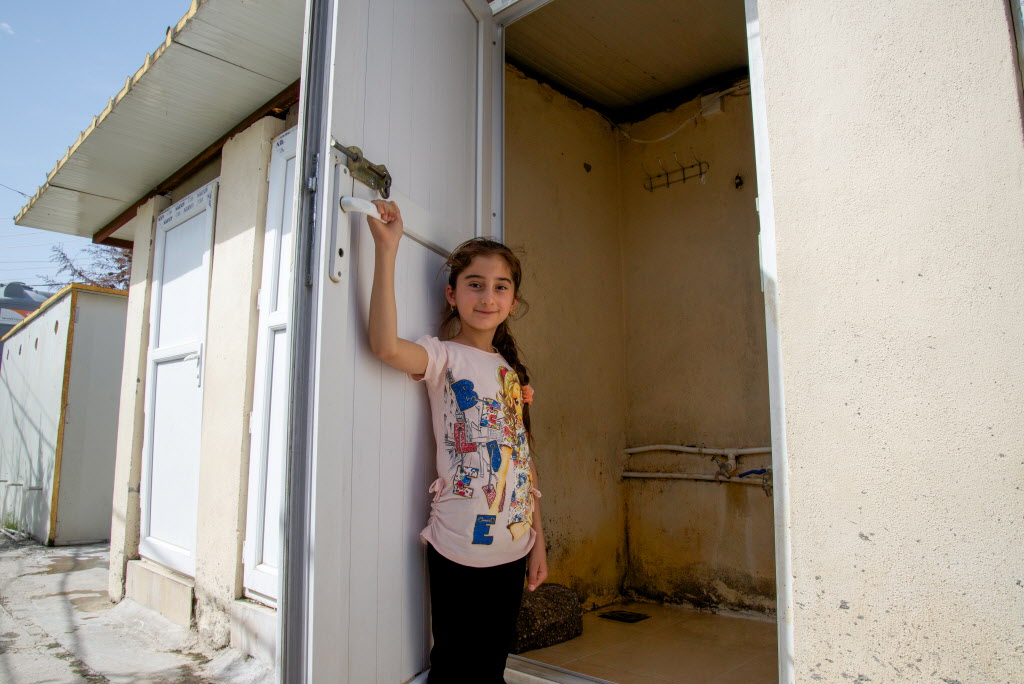 Marian, 10, stands in the doorway of one of the bathrooms provided by World Vision at Mar Elia Refugee Camp near Mosul, Iraq. In this small camp, located on the grounds of a church, World Vision is providing clean water, sanitation, a playground, and livelihood opportunities for women. (©2016 World Vision/photo by Kari Costanza) 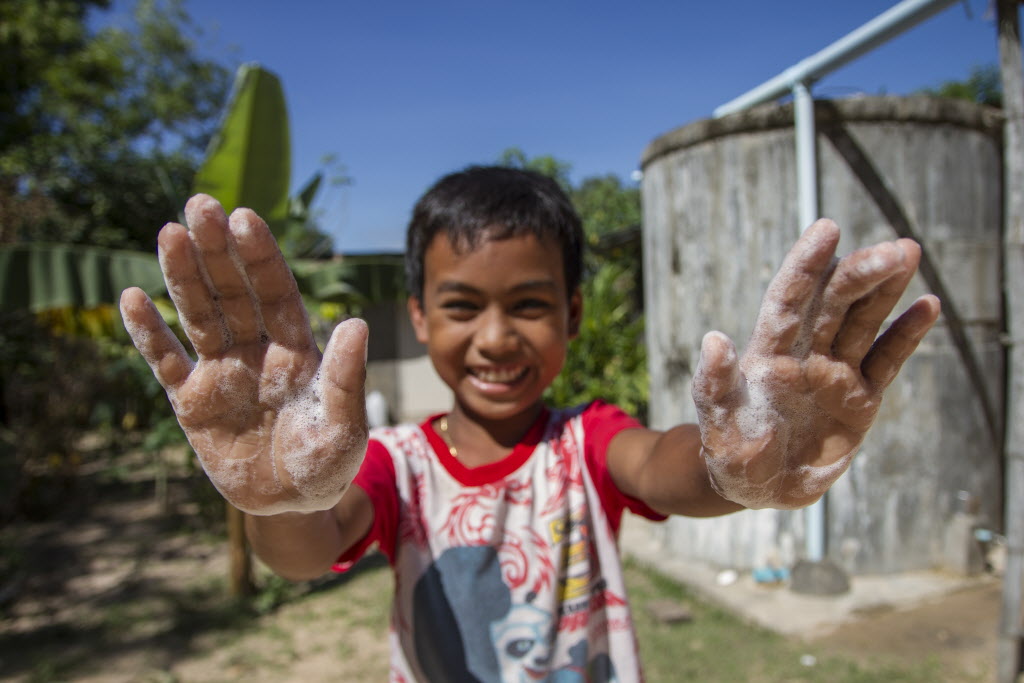 Twelve-year-old Channa displays his sudsy, soapy hands after using the toilet. Channa has been sponsored through World Vision since he was in first grade. While participating in a World Vision-facilitated child and youth campaign at his school, he learned about the importance of good hygiene and sanitation practices. (©2014 World Vision/photo by Vanndeth Um) 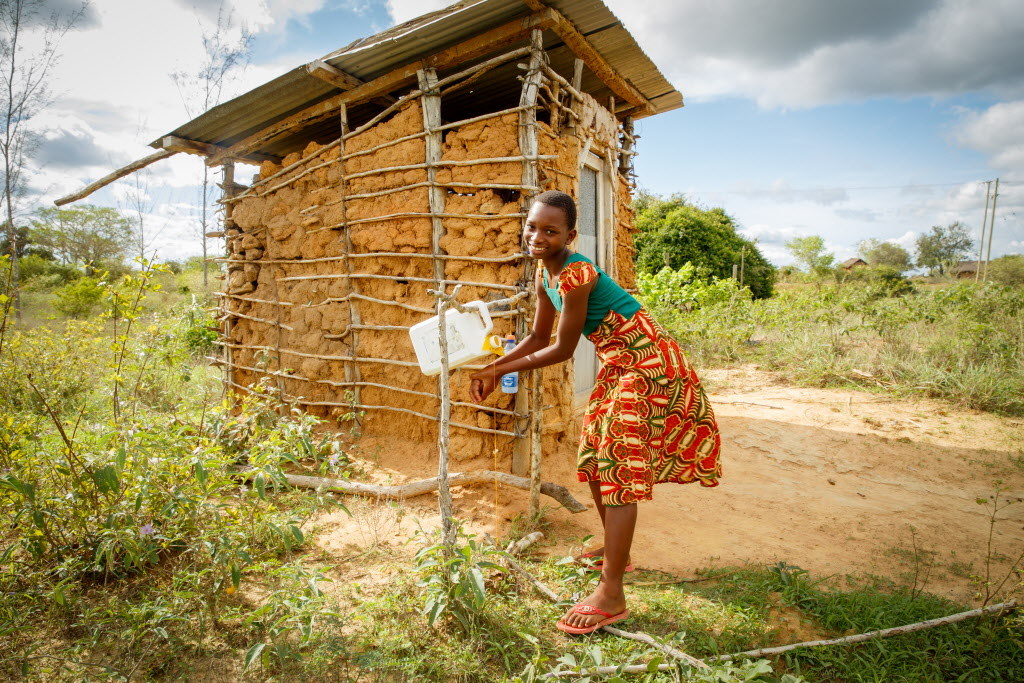 For Kodzo, 12, living in rural Kenya, the missing piece for sustainable sanitation and hygiene was clean water. This all changed in 2013 when World Vision installed a borehole, pipeline and water kiosk system in her village. (©2016 World Vision/photo by Chris Huber) 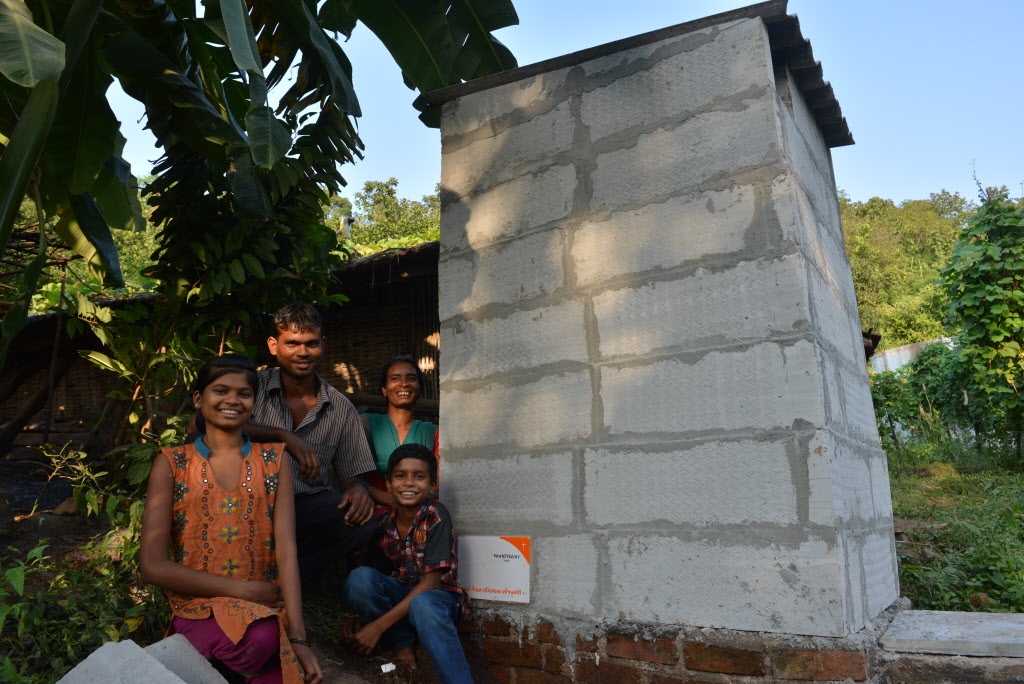 Quality of life improved for Leelaben’s whole family after she participated in community-led sanitation meetings, facilitated by World Vision in India. These meetings teach communities about the dangers of open defecation and poor sanitation, triggering people’s motivation to build latrines. After the meetings conclude, World Vision provides the training and materials to install household latrines. “Now, going to defecate has become a private household matter. It is like the dignity of the household has been restored,” says 30-year-old Leelaben, mother of two. (©2016 World Vision/photo by Annila Harris) 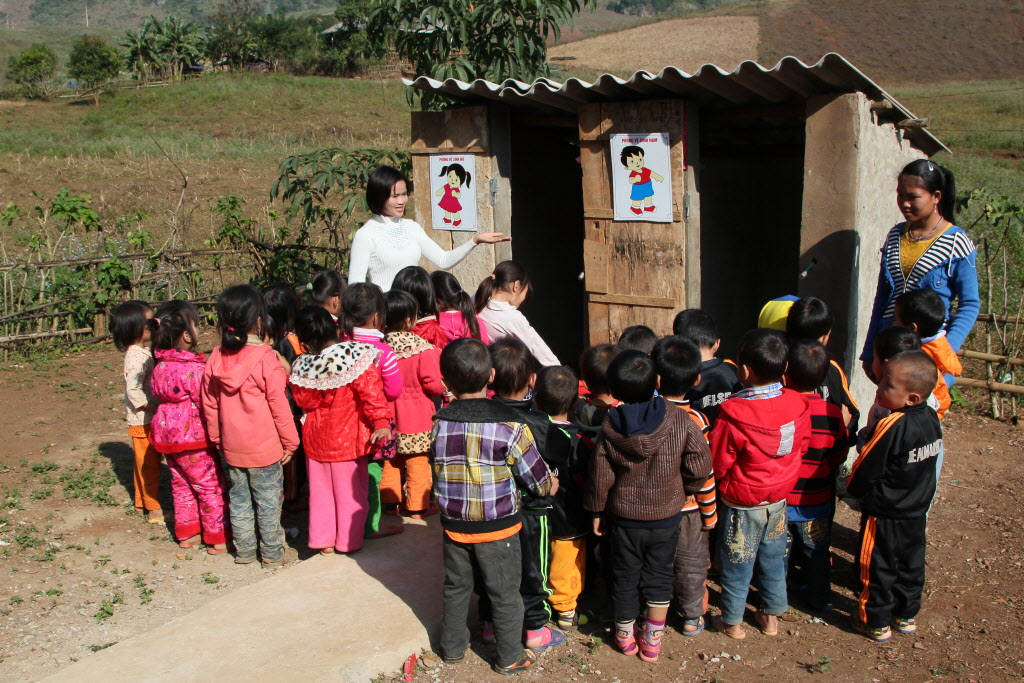 Young pupils of Rang Dong Commune Kindergarten are guided by their teachers, who were trained by World Vision, how to use girl and boy latrines and how to wash their hands when they’re finished. (©2015 World Vision)

Photos curated by Lauren Reed of World Vision’s staff in the U.S. Read about eight places you wouldn’t want to go on World Toilet Day.