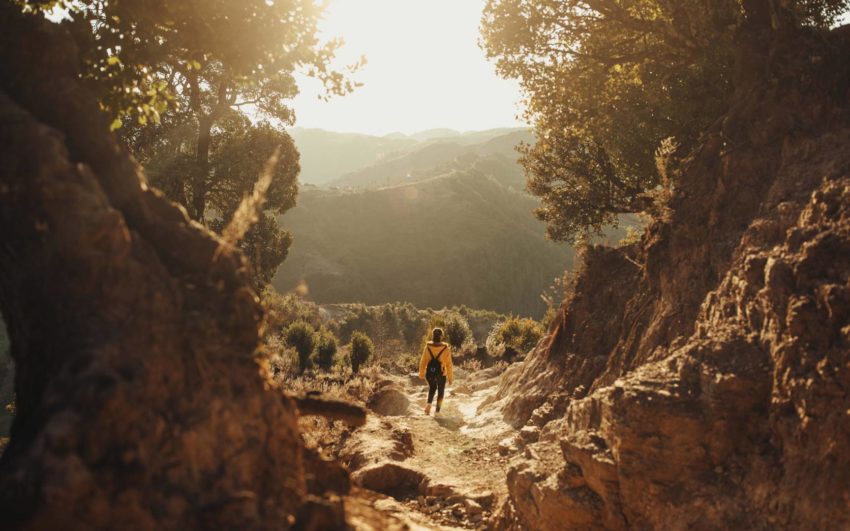 At day break, a girl in China hikes a mountain path on her two-hour journey to school. (©2018 World Vision/photo by Ben Adams)

An estimated 21 million elementary school-aged children in Asia and the Pacific don’t attend school, according to UNESCO. Sometimes the main roadblock to education in developing countries isn’t a lack of teachers, books, or classrooms — it’s the trek from home to school. Follow these students on their journeys for education.

Sarvan, 10, is in sixth grade. Because there is no road to their village, Sarvan and his friends leave for school at 7 a.m. to beat the heat — the desert sand they walk on can reach 120 degrees Fahrenheit during the summer. They also must cross three barbed-wire fences on their journey. To break up the 90-minute walk home after school, the group usually stops to rest and play games. (©2015 World Vision/photo by Daniel Mung)

Chhav, age 11, lives in a remote Cambodian village. He wakes up at 5 a.m. every day to help his parents and little sisters with household chores and then hops on a bicycle — his youngest sister Sreyvang on the back — and rides 4 kilometers to school. (©2017 World Vision/photo by Soksetha Som)

Linh and her classmates wade through one of several streams they’ll cross on their way to school. Though their walk is less than 2 miles, during Vietnam’s rainy season, the slopes and swift currents make the journey dangerous. (©2015 World Vision/photo by My Hang Tran)

Early in the morning in the Solomon Islands, a father rows his children to school in a wooden canoe then returns home to work on his farm. (©2016 World Vision/photo by Langi Pitia)

It takes 8-year-old Jenel two hours of crossing deep streams, walking through sugarcane fields, and hiking up a steep incline to reach his school in Moises Padilla every morning. What keeps him going despite his sometimes-perilous journey? “My father said that going to school will give me a better future,” Jenel says. (©2015 World Vision/photo by Mong Jimenez)

Aye Aye (center) and her friends make their way to school on foot, by boat, by truck, or a combination of the three, depending on the season. After a 30-minute walk to the river, they hop aboard a wooden skiff steered by Aye Aye’s father for the hour-long ride to school. After dropping off the young students, he heads to work as a fisherman. “I love riding the boat with my friends,” says Aye Aye. (©2015 World Vision/photo by Khaing Min Htoo)

Atop their horse, brothers Arnolance, 14, and Alvin, 10, navigate two rivers and narrow forest paths without the help of stirrups or a saddle. The horse has made the two-hour round-trip journey to school with Arnolance since the teenager was in third grade. (©2015 World Vision/photo by Rena Tanjung)

The sun sets on another school day, and Opi, 9, is almost home. “I feel afraid when I have to cross this rickety bamboo bridge,” she says. Sometimes an adult will help, but she often walks alone. The mile-long walk to school is a means to an end for Opi. “In the future, I want to be a doctor and start a clinic in our area and serve people,” she says. (©2015 World Vision/photo by Shabir Hussain)

Twelve-year-old Suhani and her friends walk along a narrow path, nestled against a steep mountainside in remote northern India each day on their way to and from school. It takes them 30 minutes each time. (©2018 World Vision/photo by Jim Wungramyao Kasom)

Children in Bukidnon catch a ride home from school on a sugarcane truck that saves them from a 3- to 4-kilometer walk under the hot sun. (©2016 World Vision/photo by Crislyn Felisilda) 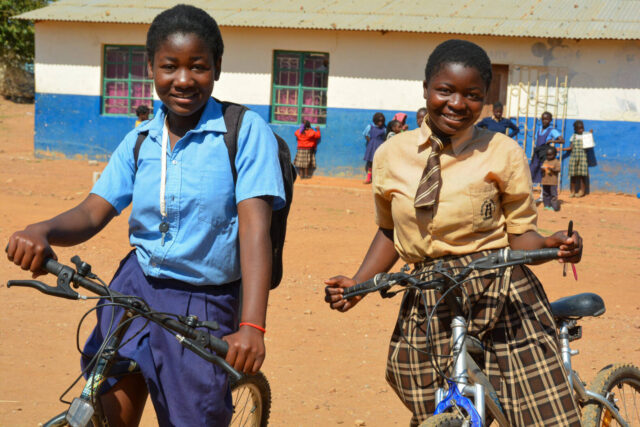 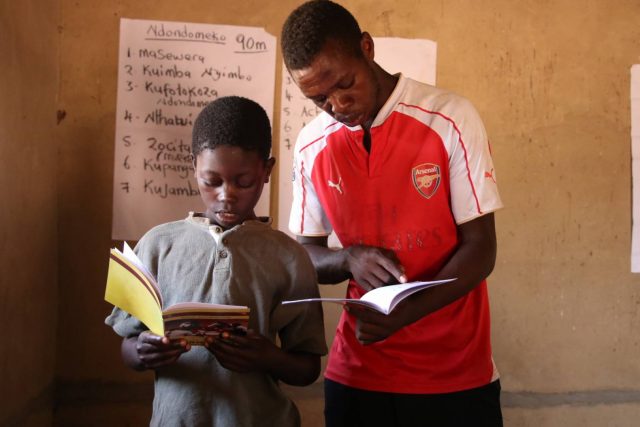